Ayeza Khan and Danish Taimoor’s wedding was the most talked about wedding of last year. It over shadowed all the other events that were held at around the same time. People only wanted to see Ayeza and Danish together and couldn’t stop talking about them. Ayeza and Danish were never this popular individually as they were as a couple. While Danish Taimoor’s career took off after the wedding with him being part of films and taking up more projects Ayeza Khan completely disappeared from dramas and wasn’t even seen in talk shows. Ayeza Khan made the first appearance in a talk show with Danish Taimoor and their daughter Hoorain in Ek Nayee Subha With Farah.

Farah Hussain recently revamped her Morning Show and inviting Ayeza Khan and Danish Taimoor to her show was part of this desire to bring something to the show which will attract everyone’s attention. While talking about why Ayeza Khan left acting altogether after getting married she said,

“People blame my husband for it but that is not true at all. I didn’t take up any new projects after I got married because it was the beginning of a new life with a new family and I wanted to dedicate my time to the family. After that I was expecting Hoorain so I could not take up any work.”

Danish Taimoor has been very busy with shooting and promoting his films so it is an obvious question if he had time for Ayeza. Ayeza said,

“Danish really pampered me when I was expecting Hoorain. He is never busy when he is at work, he is only busy when he is with his family. I married Danish because I knew no one else could take care of me like he does. It is only when I step outside the house I realize what a big star he is otherwise he helps me out in the house and is very supportive.”

“We are not stars at home, it is nice of people that they give us attention and love but that does not mean we should forget our responsibilities as family members. We do not consider ourselves stars that is why we share our personal lives in the form of pictures with our fans.”

Danish Taimoor also shared some of his fears he had when he was going to get married,

“When I was going to get married I was thinking maybe my female fan following will decrease after marriage but I was surprised when it increased.”

Ayeza Khan said that her relationships and marriage comes first and fan following is second. She said,

“I was more worried about my marriage than my work. Just wanted everything to be alright with us. If you are meant to do a work and succeed in it then it will happen, I couldn’t delay my marriage because of my work.”

Danish Taimoor said that family always come first so he never works on Sundays. He said,

“Family always comes first. If you are head of the family, you are responsible for your family.”

Here are some pictures & Video clips from the Morning Show: (You can watch full show at dramaonline.com) 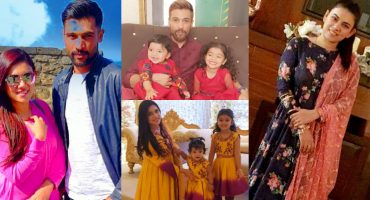 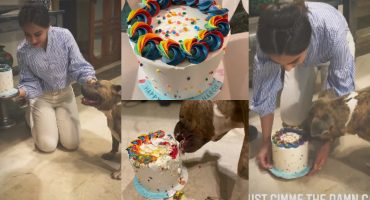