Baba Jani Episode 2 Story Review – This second episode of Baba Jani was for the most part predictable but there were also certain aspects which were penned down and executed in a way which was refreshing. Baba Jani’s Episode 2 was yet again visually pleasing and the productions values have also been impressive, so far. Sadia and Nimra were completely missing from this episode. Faiza Iftikhar’s scripts do not take off immediately but there is always something new about them. In this episode, the way Asfand dealt with the situation in the last few scenes, gave this story a certain level of freshness.

Najeeba And Naila In Action

This episode opened with Asfand asking Najeeba to go to khala’s house so that she could formally propose to Mehwish. Asfand was honest about the reasons why he felt he should get settled down now. Najeeba is a clever woman who knew it was better to create a misunderstanding between Mehwish and Asfand instead of talking him out of this marriage. Najeeba and Naila’s conversations once again showed their insecurities and their plans. When Najeeba and Naila shared their reservations with khala, she did not hold back either. It seemed like khala too was not too eager to get her daughter married in this family, for obvious reasons. I must say that the dialogues and this whole situation was penned down in such a manner that they were easy to relate to. Najeeba refusing to eat anything because according to her she ate only homemade food was extremely relatable! Later on when Saqib wanted to eat lunch, Najeeba refused to cook and asked Asfand to get the food delivered! It is a common way of “judging” how sughar the girl or her mother is when people go looking for proposals! Najeeba and Naila pushed all the right buttons and Khala too was not very eager to compromise. It was a classic case of egos and vested interests in action. 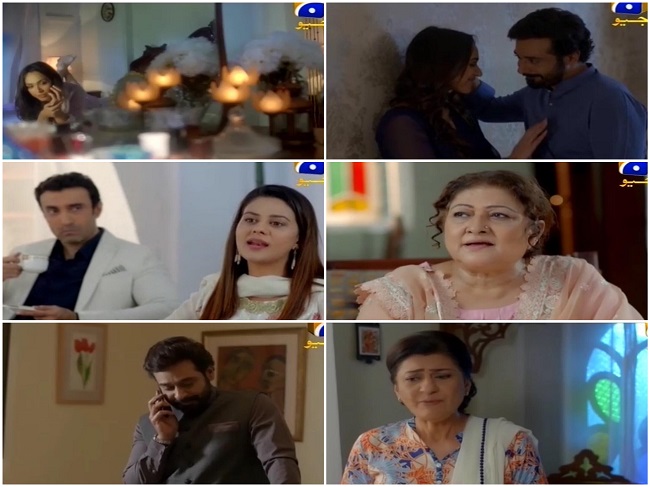 The Way Asfand Handled The Situation Was Refreshing

The first part of this episode was predictable, although the performances and the overall treatment given to this part was superb but everyone could clearly see where this track was headed. The second part however was penned down brilliantly. This was not shown as one of those misunderstandings which are created immediately and turn everything around. The way Asfand handled the situation was definitely new. He insisted that Mehwish should meet him and they should talk about what happened. When he asked Mehwish to apologize to his sister, there was no ego involved. For him, it was the obvious thing to do since Najeeba Aapa was older than Mehwish. This scene showed an interesting side of Asfand’s personality – he is not foolish (like so many men we see in our dramas all the time) but he has certain principles and he expects Mehwish to understand them. Even when Mehwish refused to apologize, the main factor which triggered him was when she said that she regretted waiting for him all these years. Asfand is a middle-aged man and Mehwish is much younger than him therefore you do understand why he’d think she would much rather marry someone else. This misunderstanding made perfect sense and was shown brilliantly. 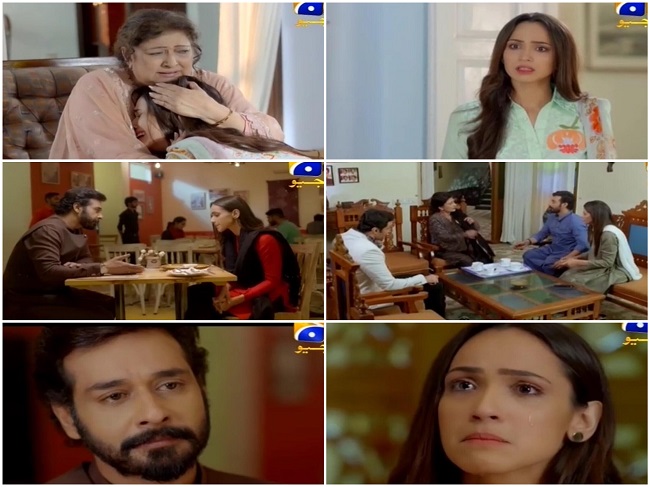 The performances and the makeovers just like last week were right on point. Faysal Qureshi has translated his character gracefully on screen. The character itself is quite interesting and Faysal Qureshi has made it even more so by giving it the right treatment. Saba Hameed is exceptional no matter which role she plays, it is always a treat watching her perform. Faryal Mehmood looks great in this drama but I feel she could have underplayed this character a little. Faysal Qureshi is definitely more convincing as someone who is madly in love. All the supporting actors performed well in this episode.

The Preview Of The Next Episode

The most interesting part of the preview of the next episode was Asfand and Sadia’s meeting. Looks like the story will move forward rapidly next week. I missed watching Sadia and Nimra in this episode therefore definitely looking forward to watching more of them.

The best part of this drama so far is the male lead Asfand and the overall feel of this play. Every scene has been directed beautifully which makes watching this drama a pleasant experience and a visual treat.