Beautiful Actress Saniya Shamshad is getting married. She is a young, talented actress of the drama industry. She played both supportive and leading role in many hit dramas and gain a massive fan following. She looks so decent but can play negative roles with so much perfection like nobody can imagine.

She had her Mayun faction and last Friday and recently shared her Mehndi pictures. She looks like a doll on her Mehndi. Her dress is so beautiful and heavy. Her dress looks like the current fashion style, not the old traditional one. She chooses a green and orange colour for her dress in which she looks absolutely stunning.

Her jewelry seems to be quite heavy. Those big jhumkas, bindiyaan, necklace and mallaa. It’s good that she is carrying it so well. She had dark makeup which seems to be extra for mehndi event but it’s her event! She chooses the best of everything for her memorable days of life.

The guy wore white shalwar kameez with blue waistcoat which is typical style nowadays. But they both look beautiful together. Saniya had her photoshoot for mehndi event from very renowned photographers to make her day beautiful.

Let’s wait for her big day now. Till then enjoy mehndi pictures. 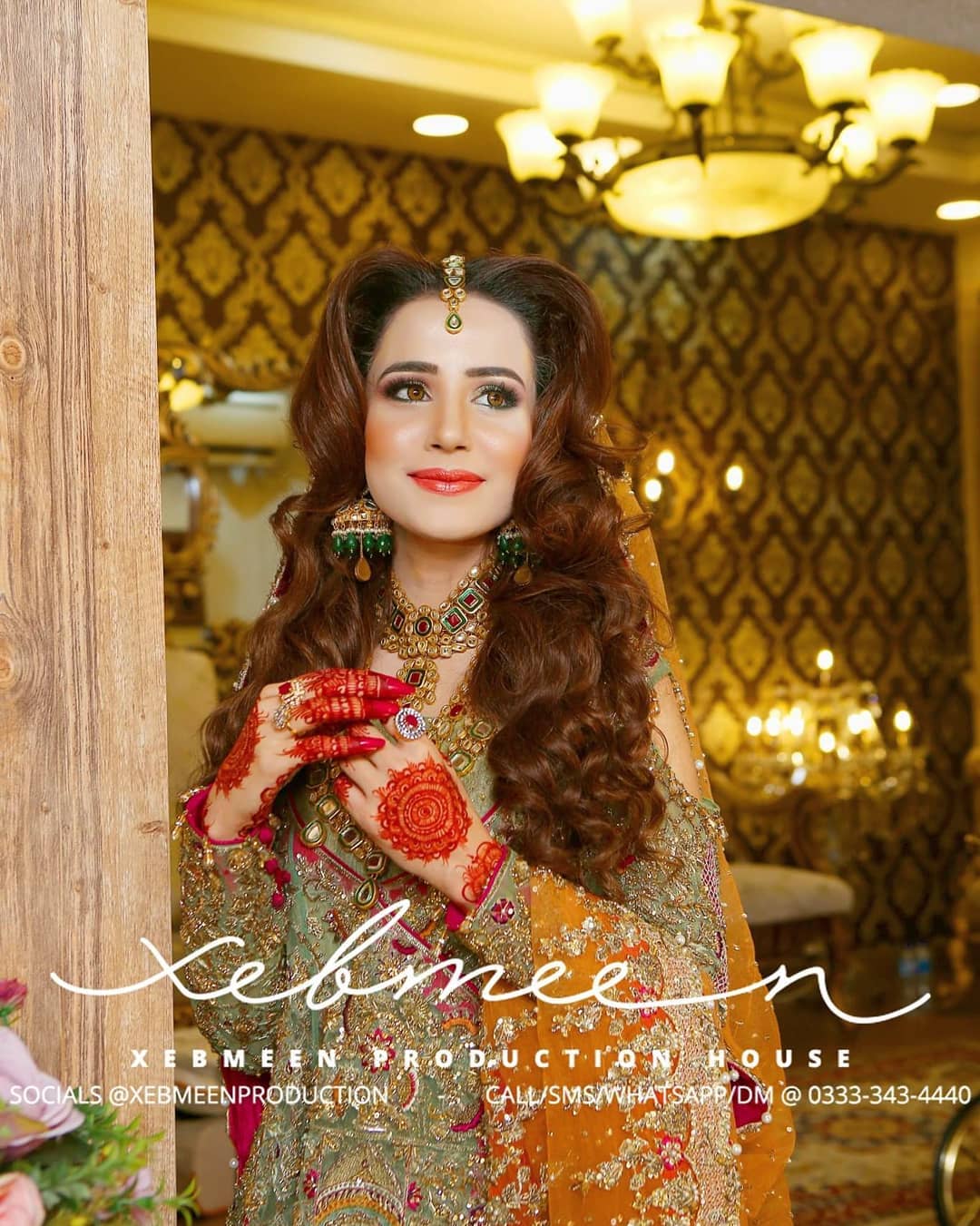 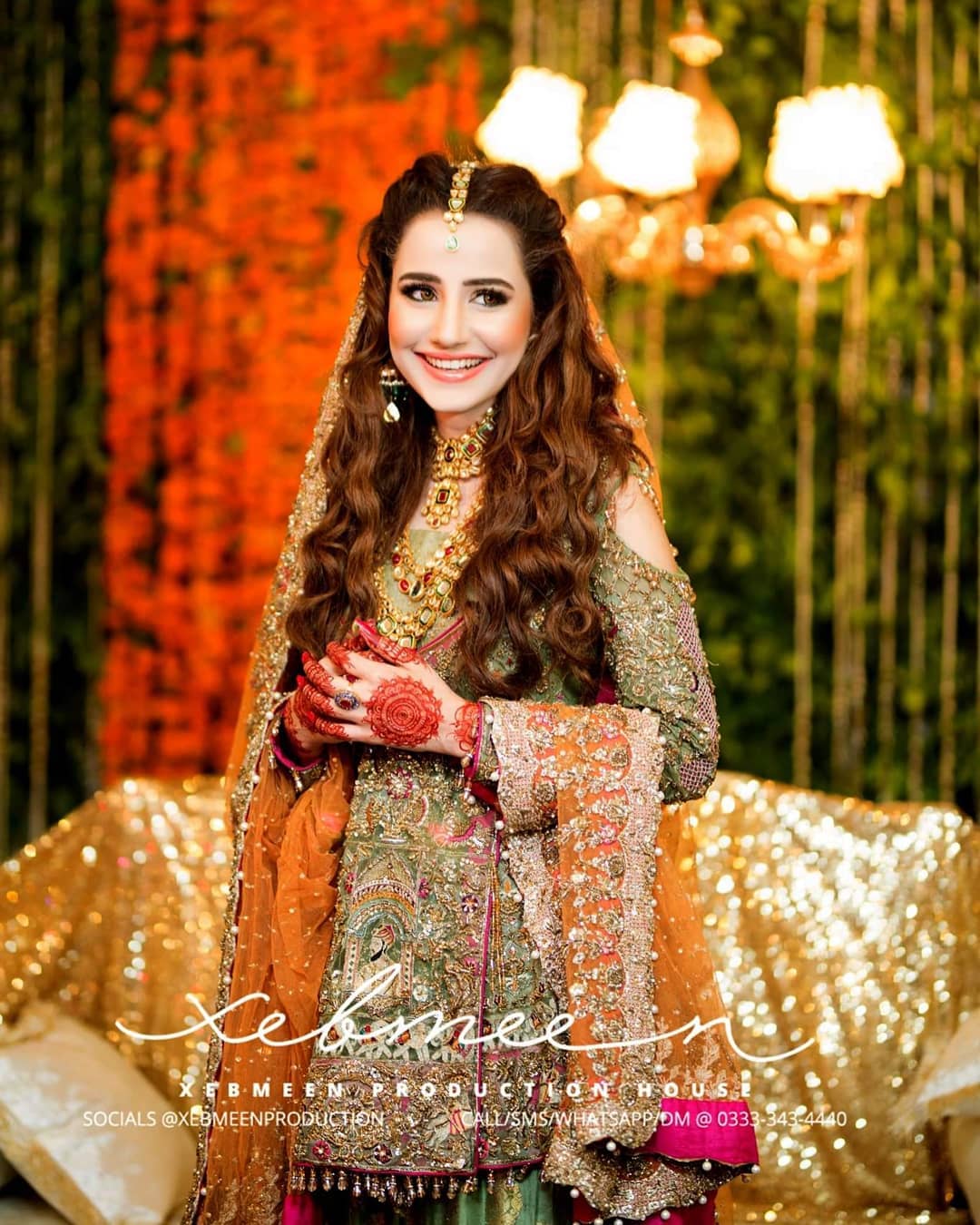 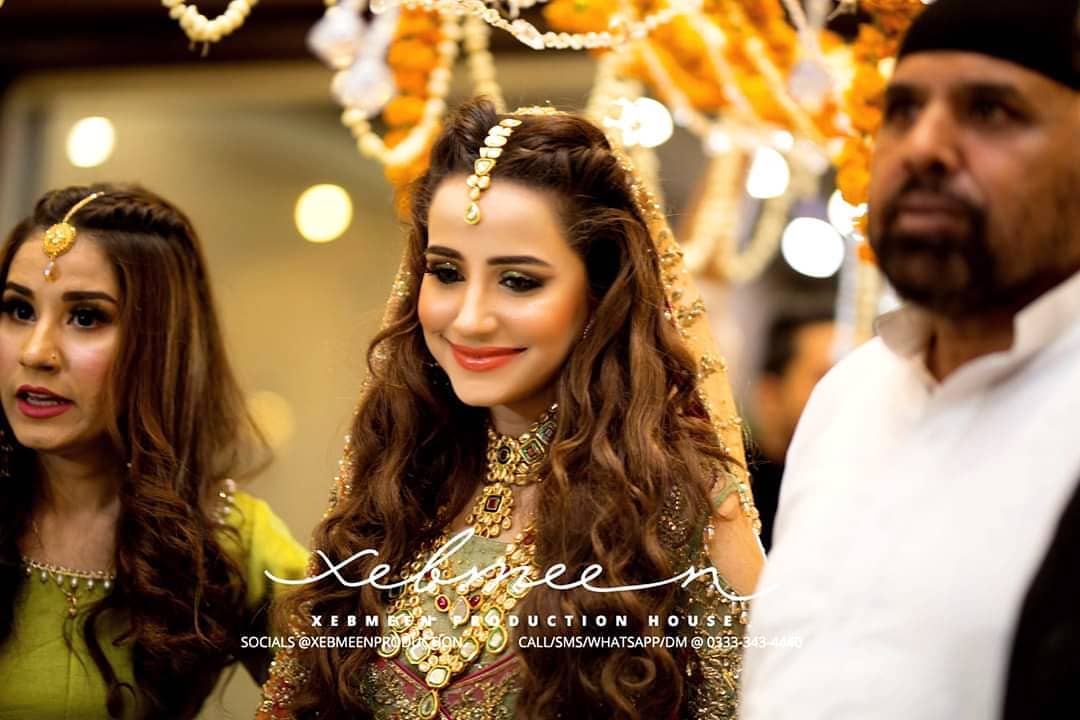 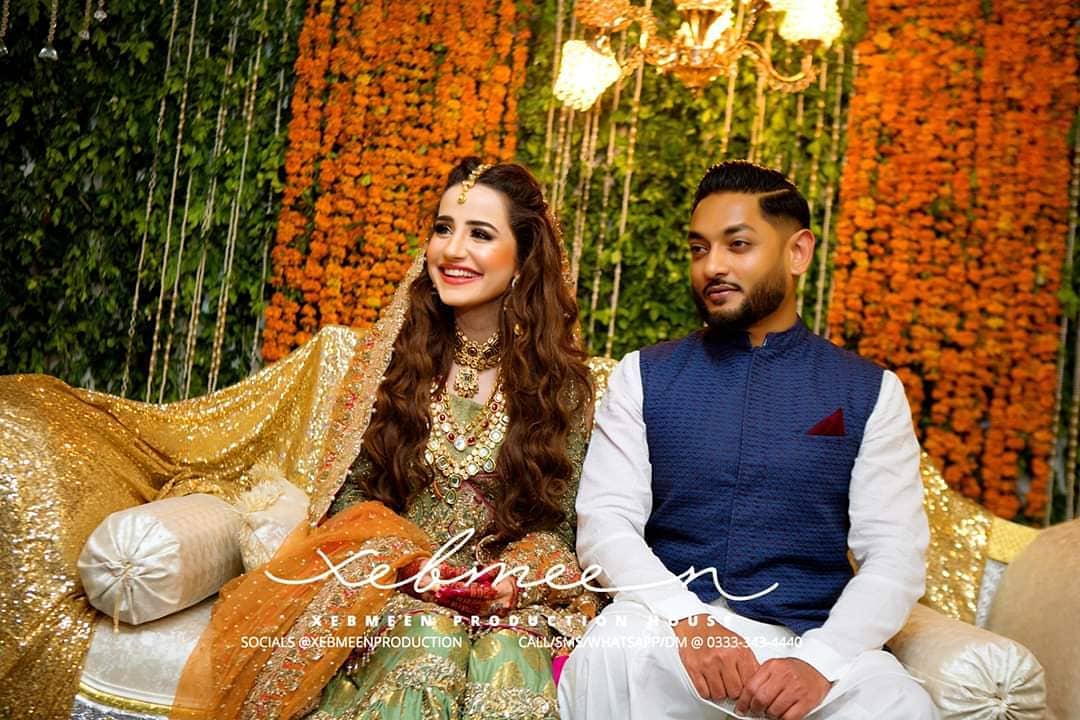 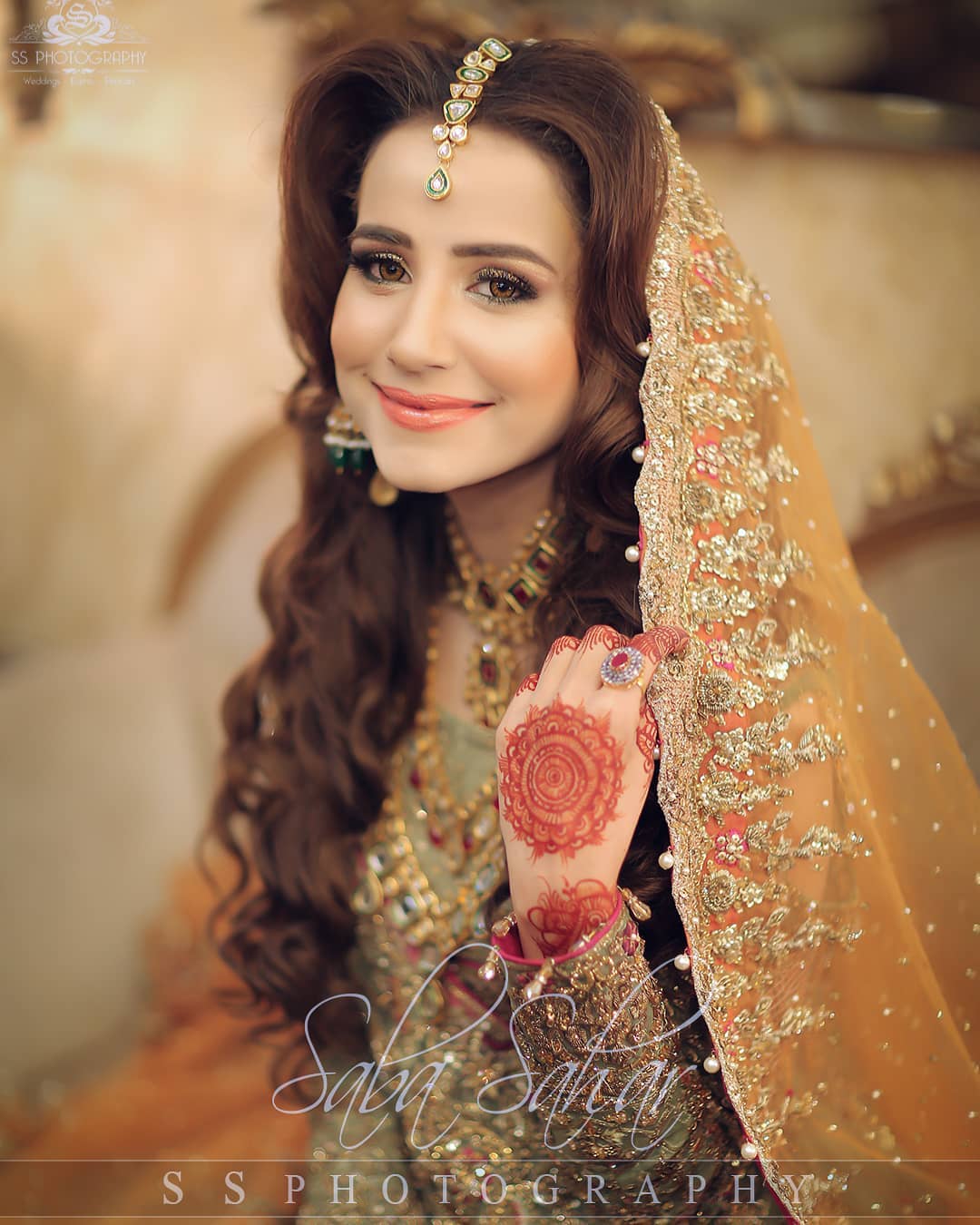 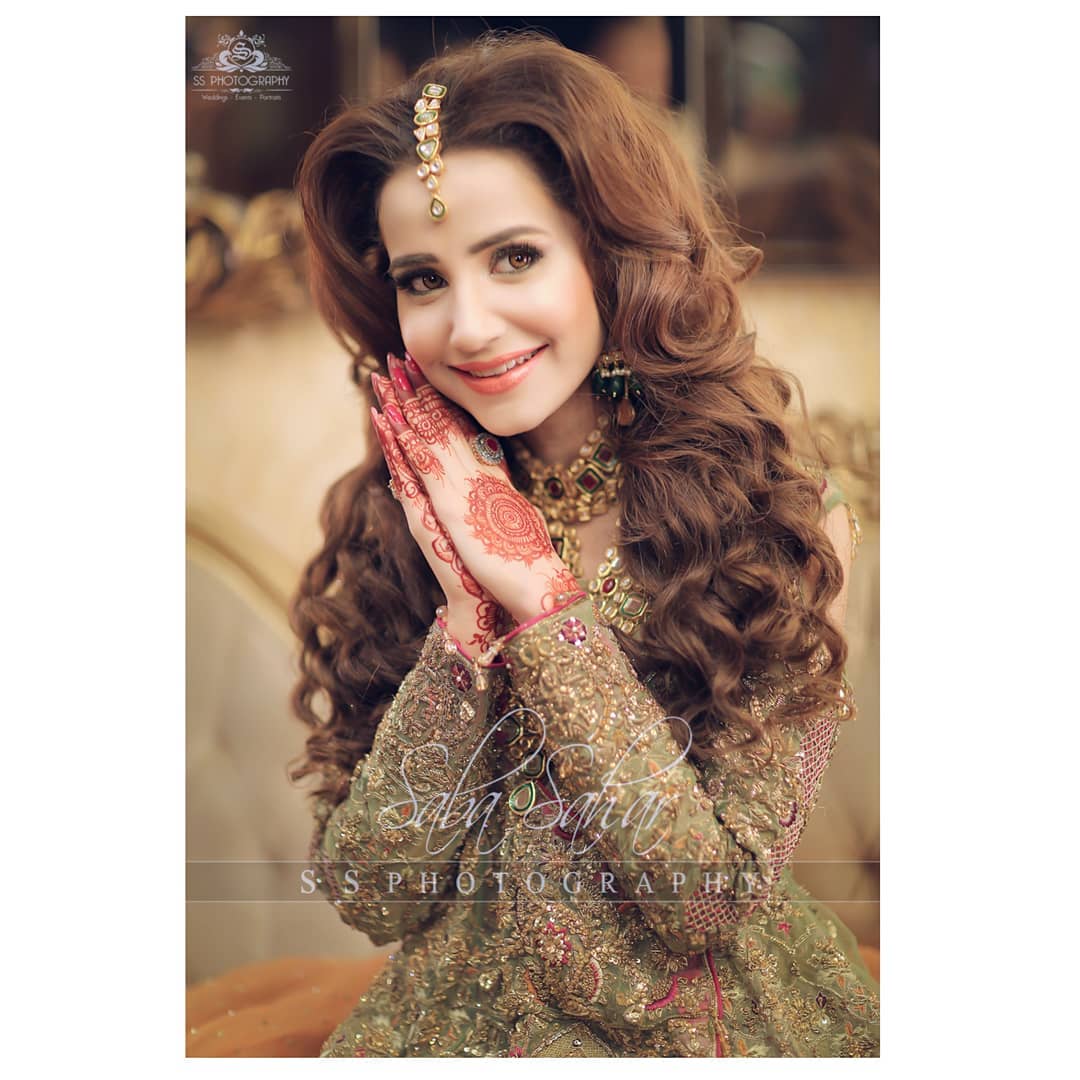 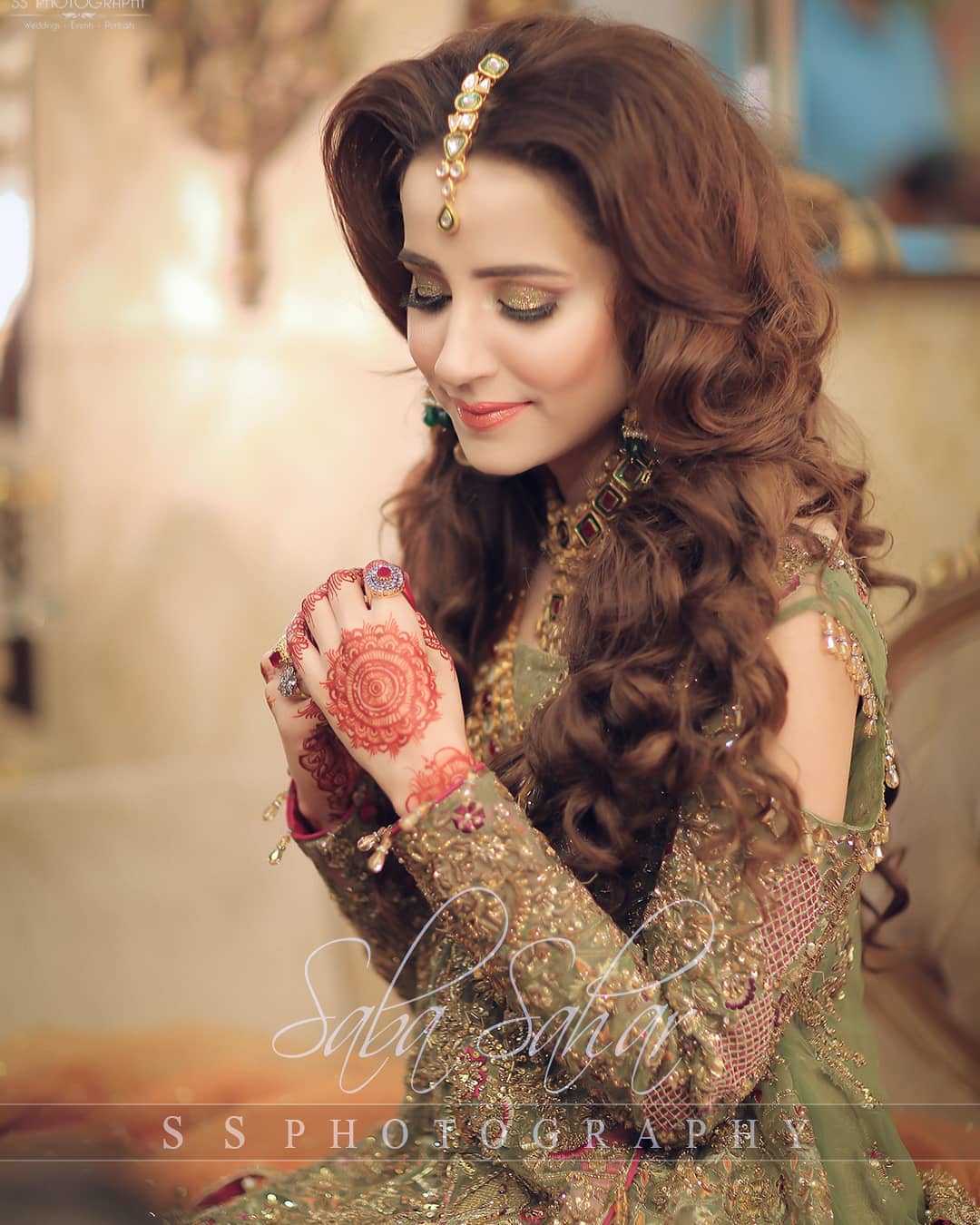 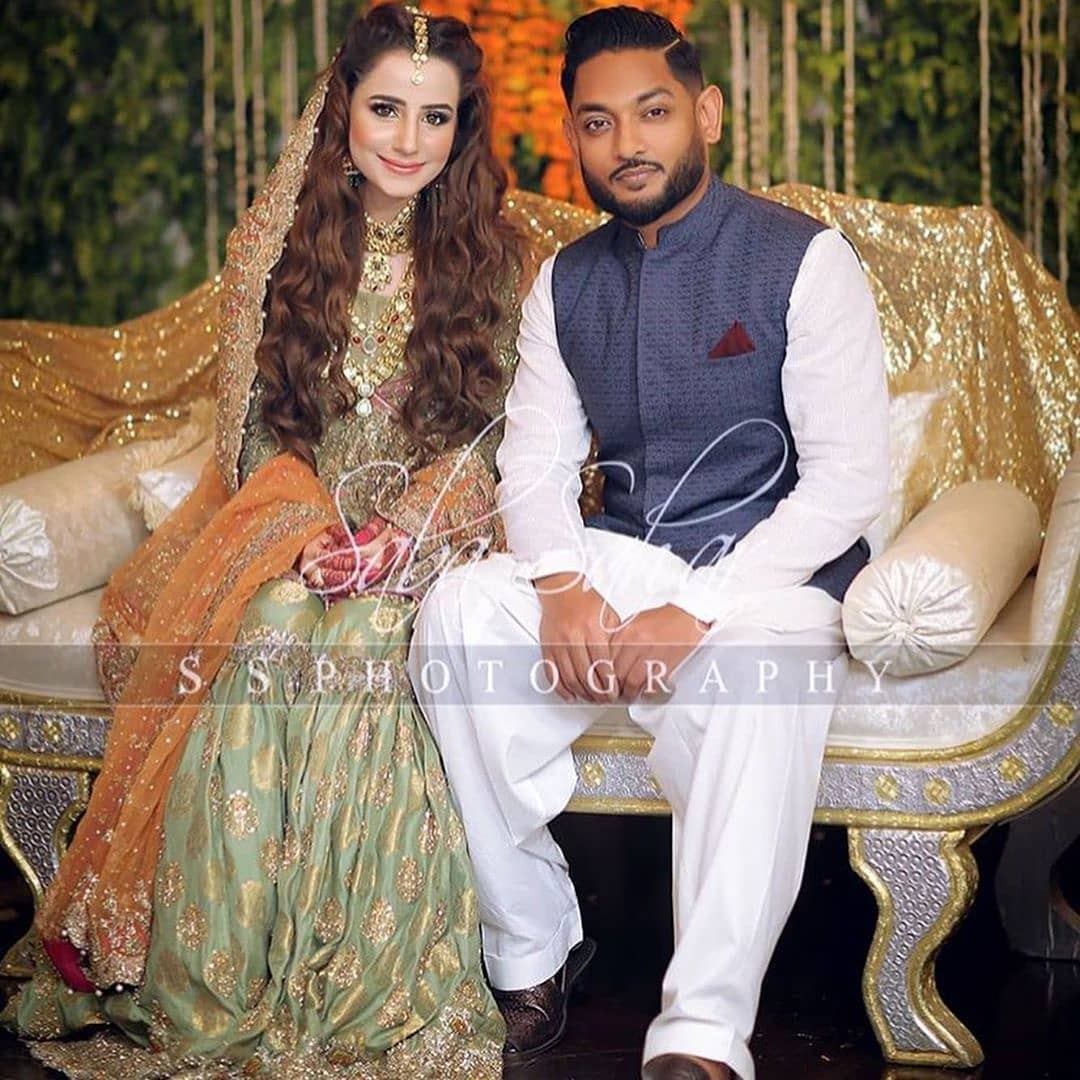 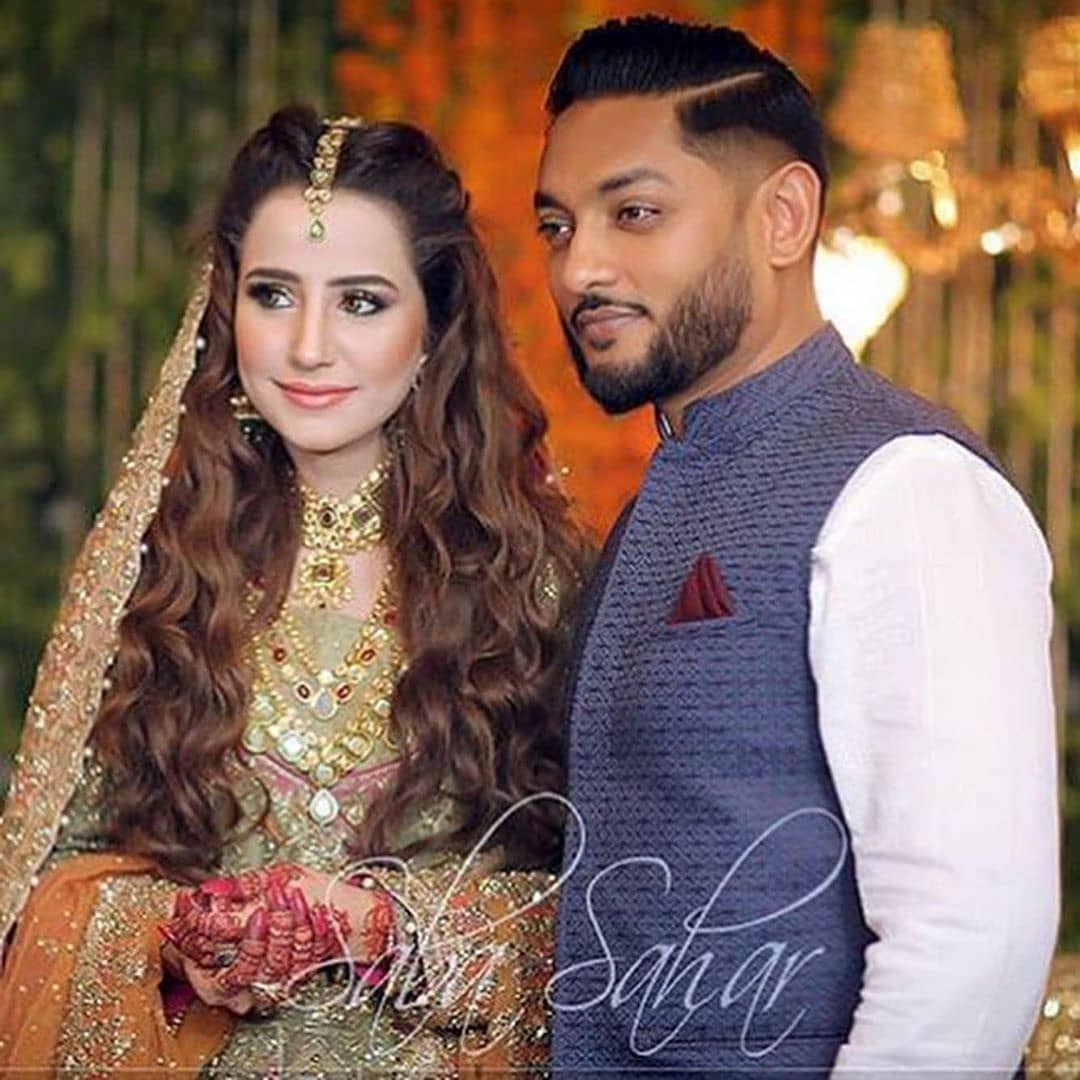 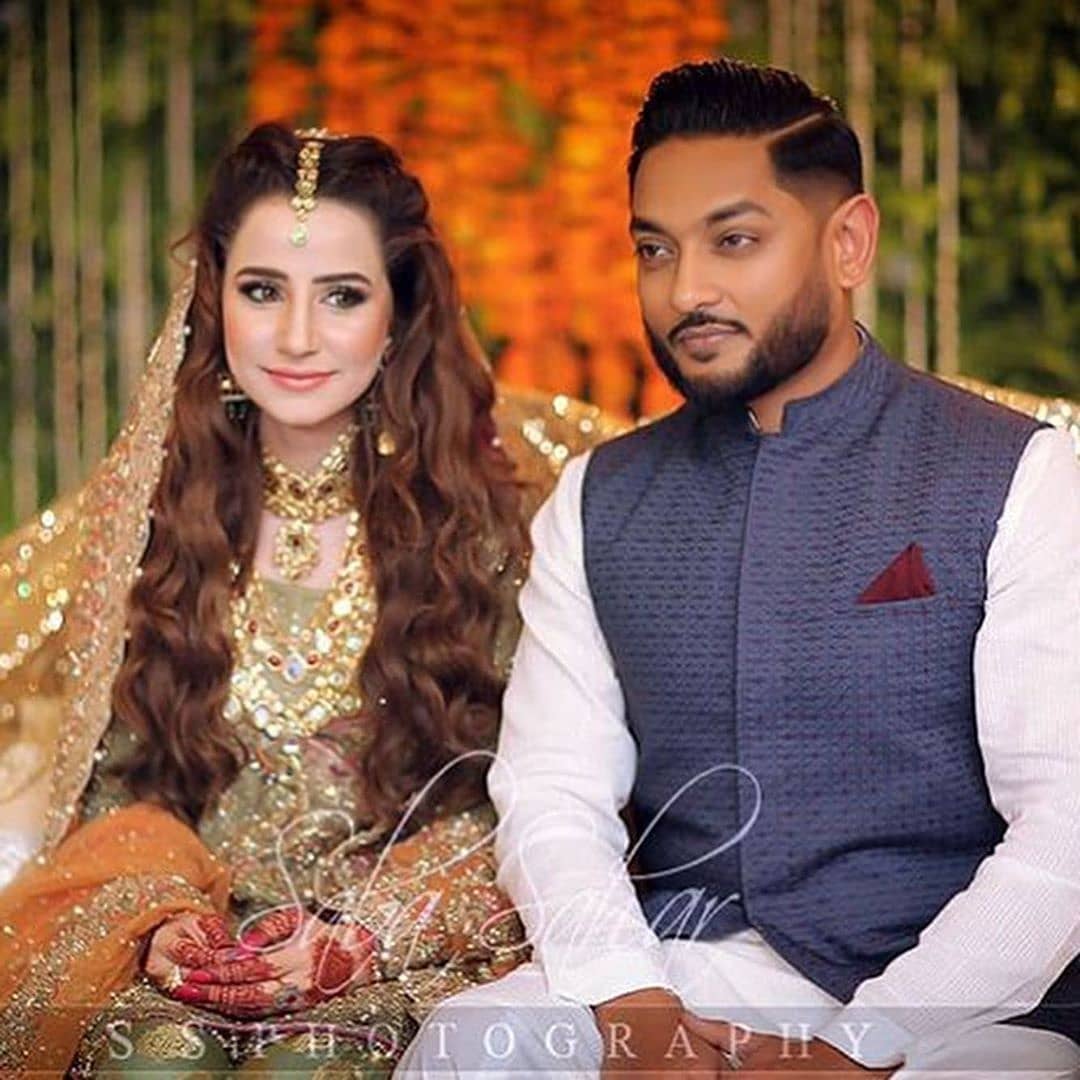 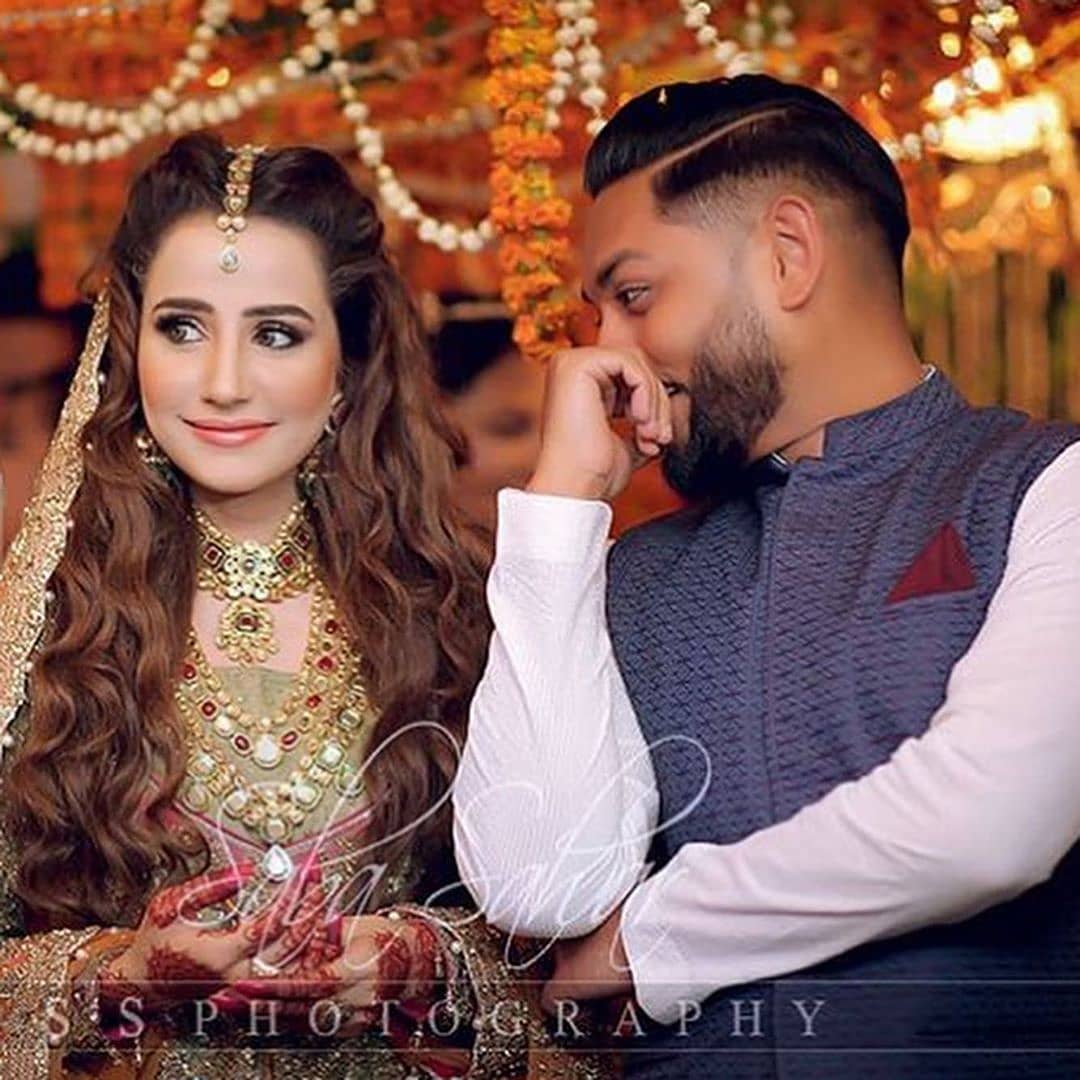 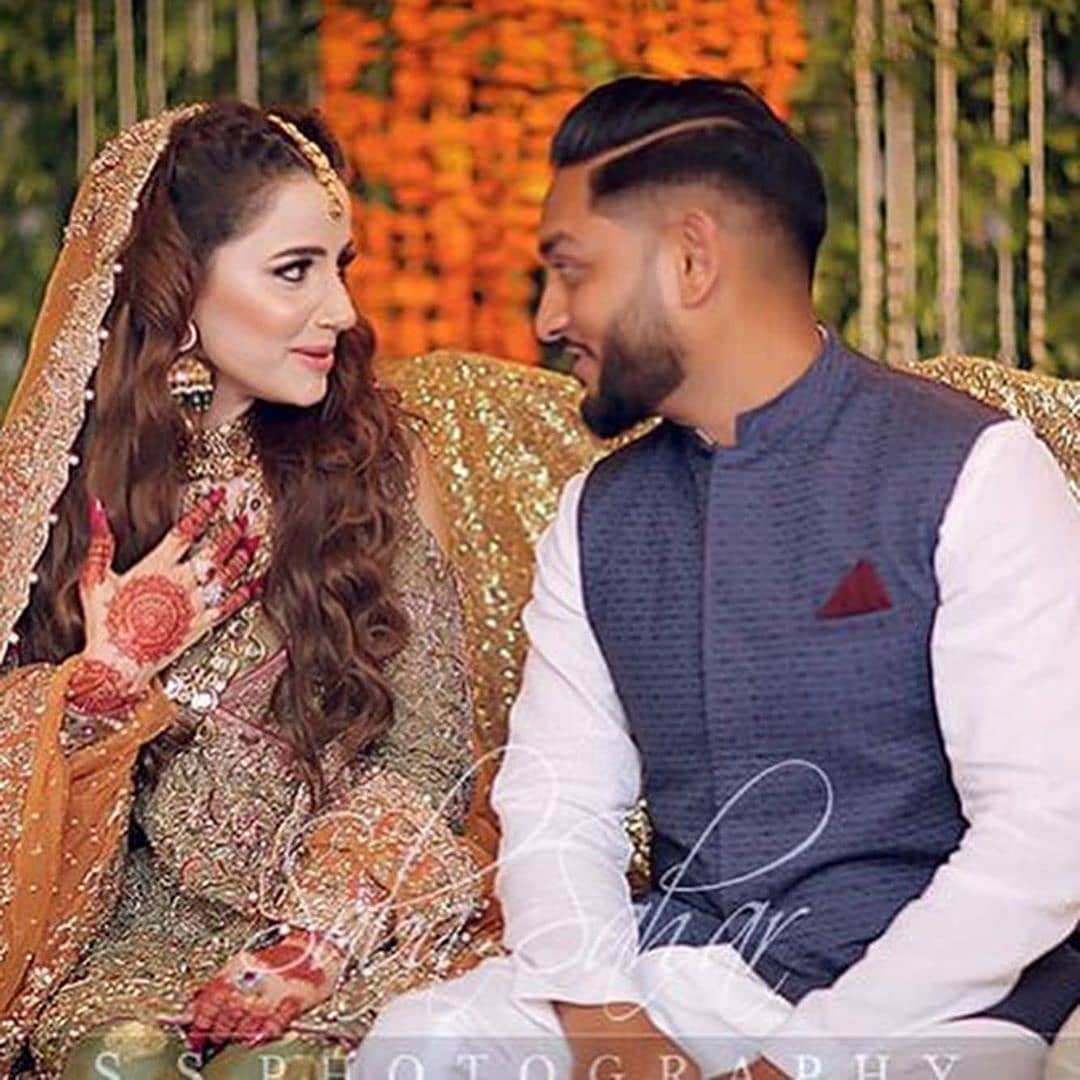 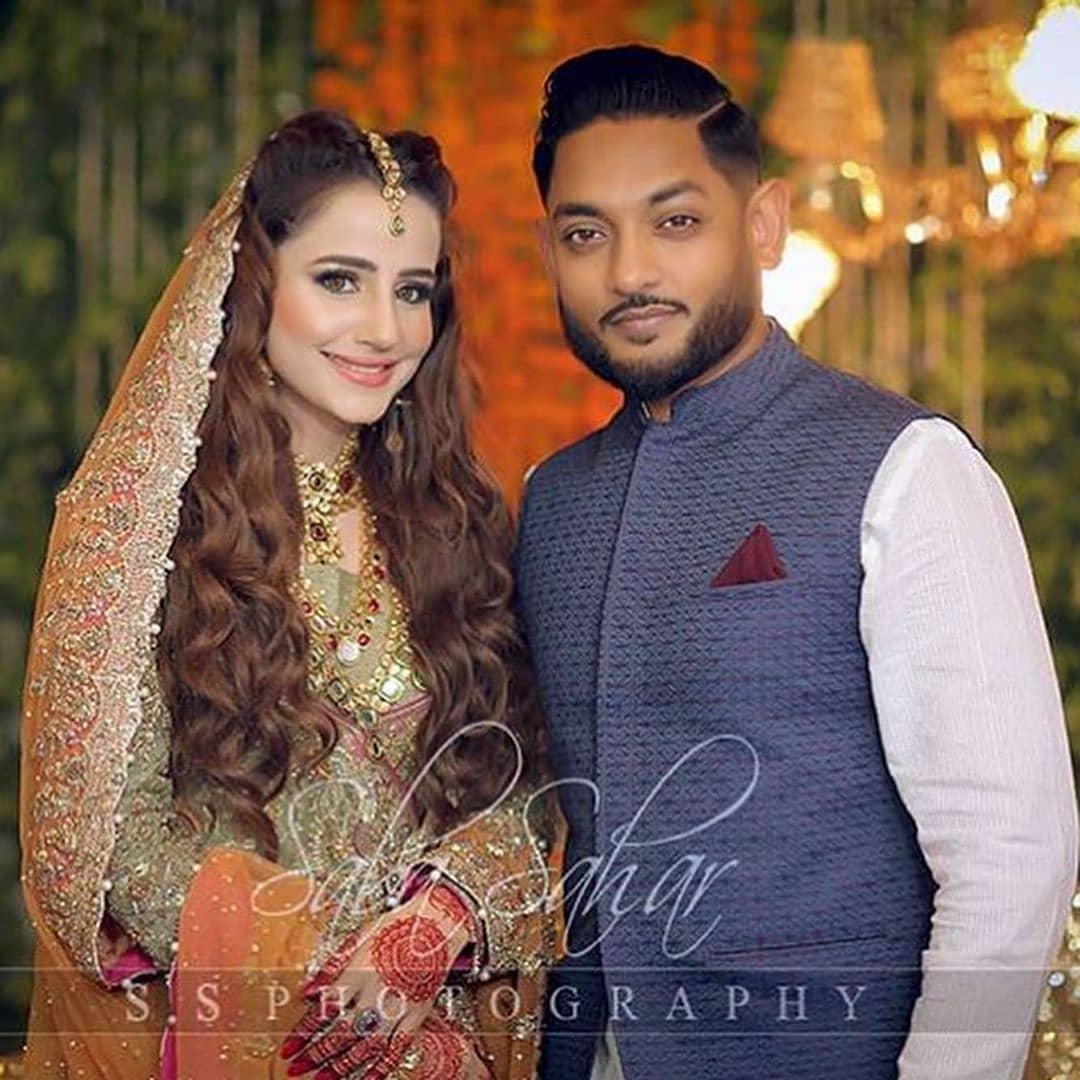