Sarah Khan is one of the prettiest faces of Pakistan Media Industry. Sarah Khan made her acting debut on small screen with drama serial Bari Apa in 2012. First prominent role the she played was the character of Moomal in drama serial Alvida. She played headstrong housewife in mystery drama Muhabbat Aag Si. Afterwards she gained a lot of public attention for playing leading roles in romantic dramas like Yaar-e-Bewafa, Tmharay hain, Meray Bewafa. She was also seen in a drama based on black magic Nazar-e-Bad and a horror series Bela Pur Ki Daian which gave her a lot of fame and popularity. Mystery drama Band Khirkian added more to her fame. Sarah Khan is currently starring in drama Serial Dewar-e-Shab airing on Hum TV. Sara Khan got engaged to Agha Ali in 2017. The couple had great on screen chemistry and worked together in many projects. In 2019 the couple called it a quit because of their personal differences. Sarah Khan recently uploaded a few pictures from a bridal photo shoot. Let’s have a look at these enchanting photographs of Sara Khan in bridal wear: 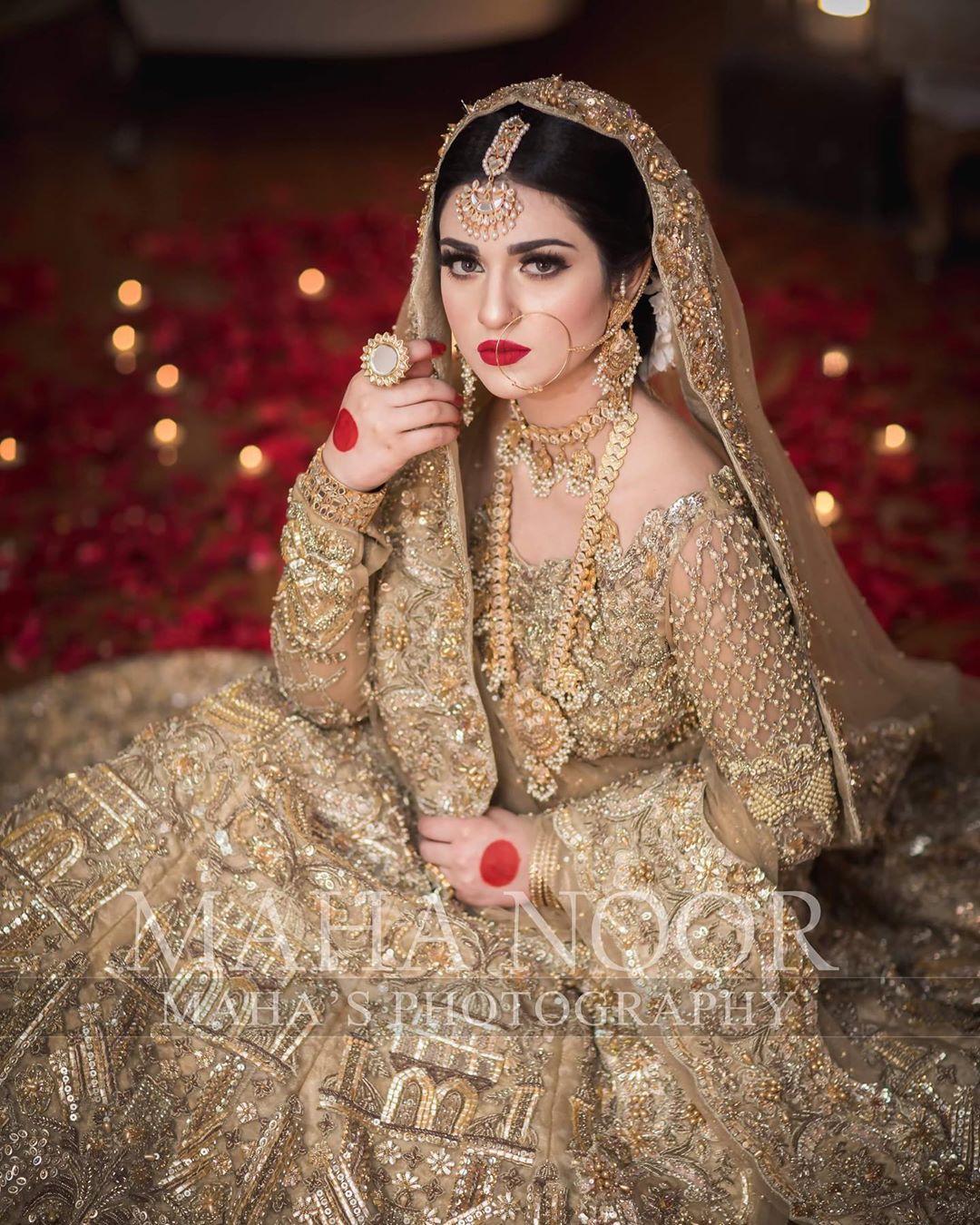 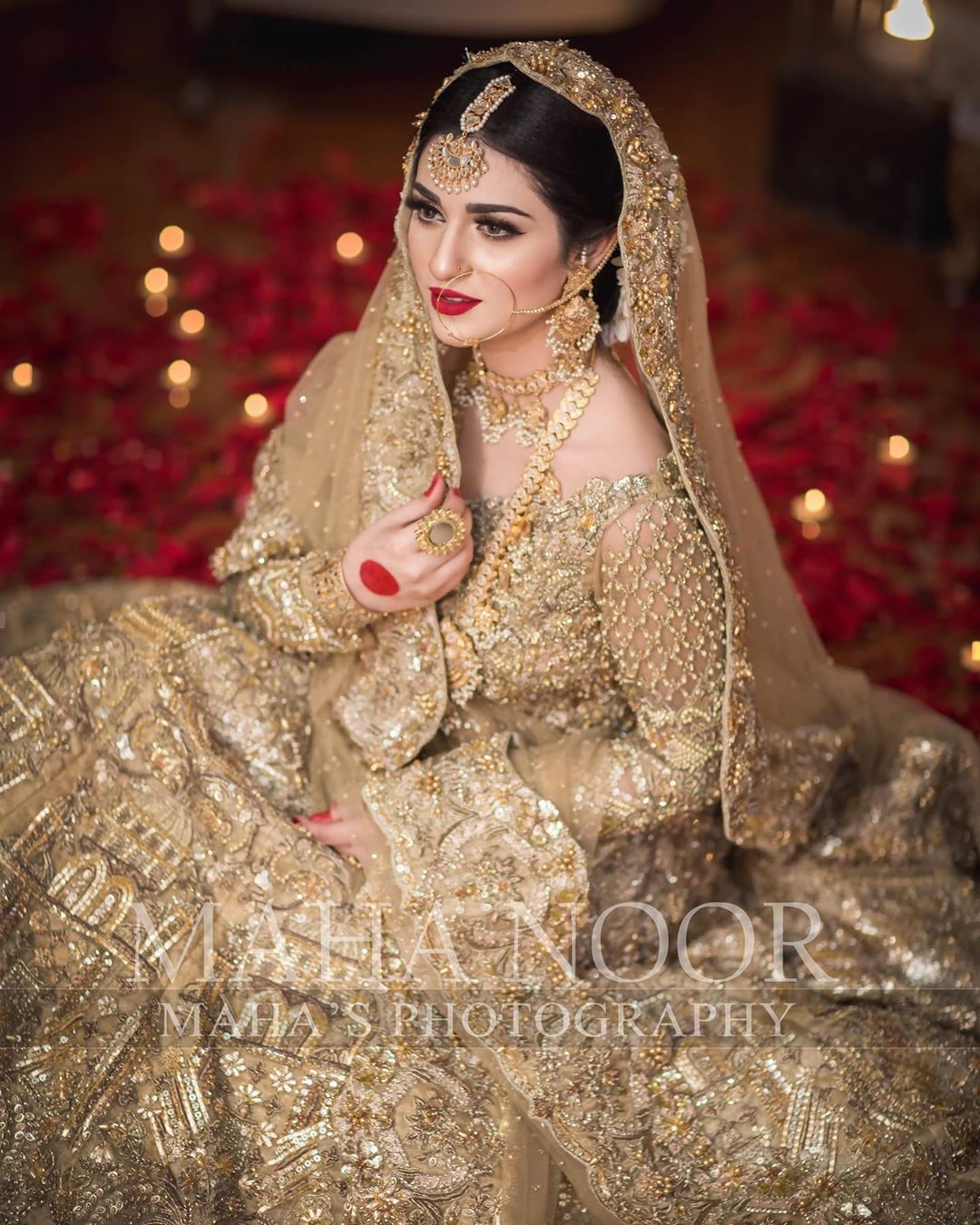 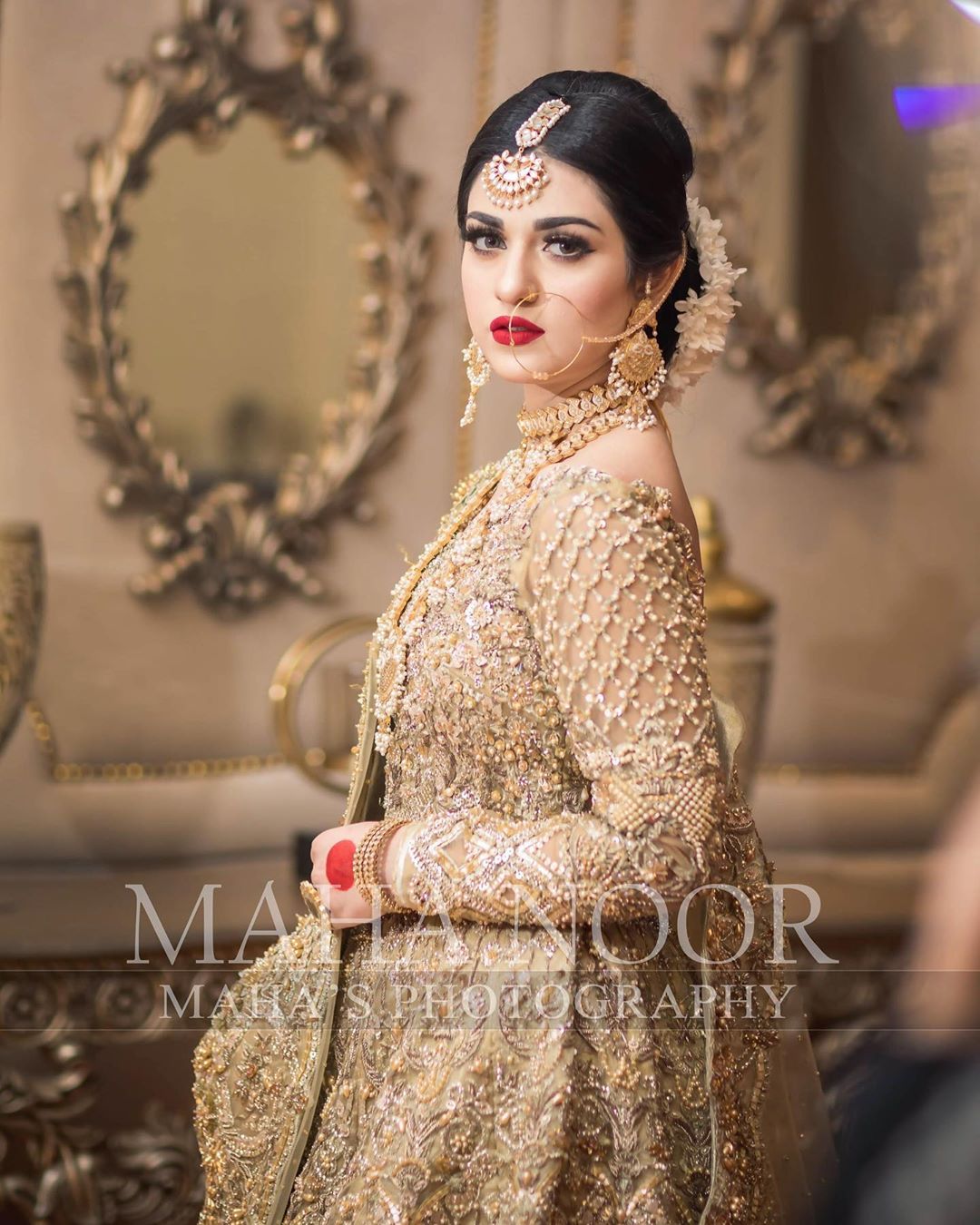 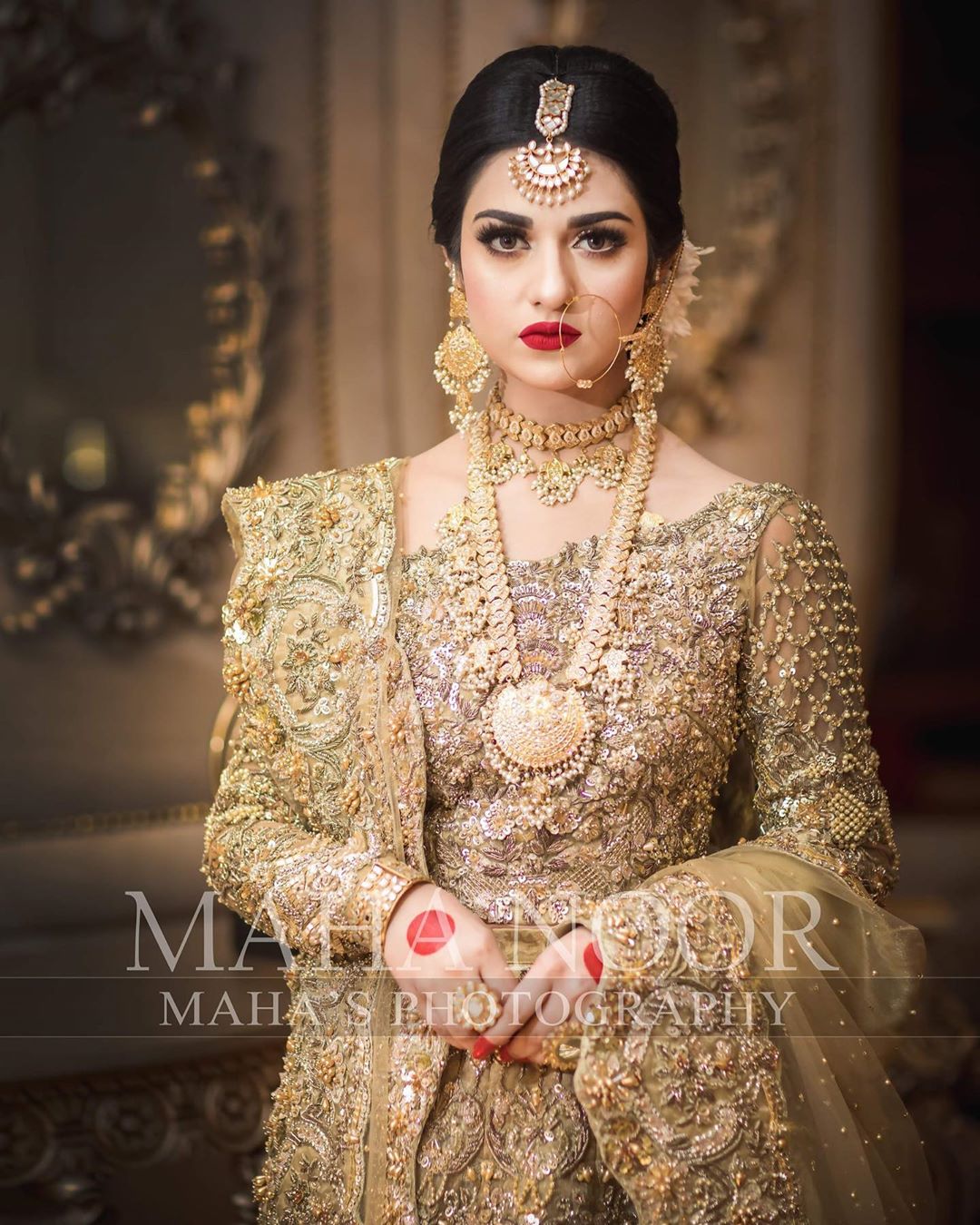 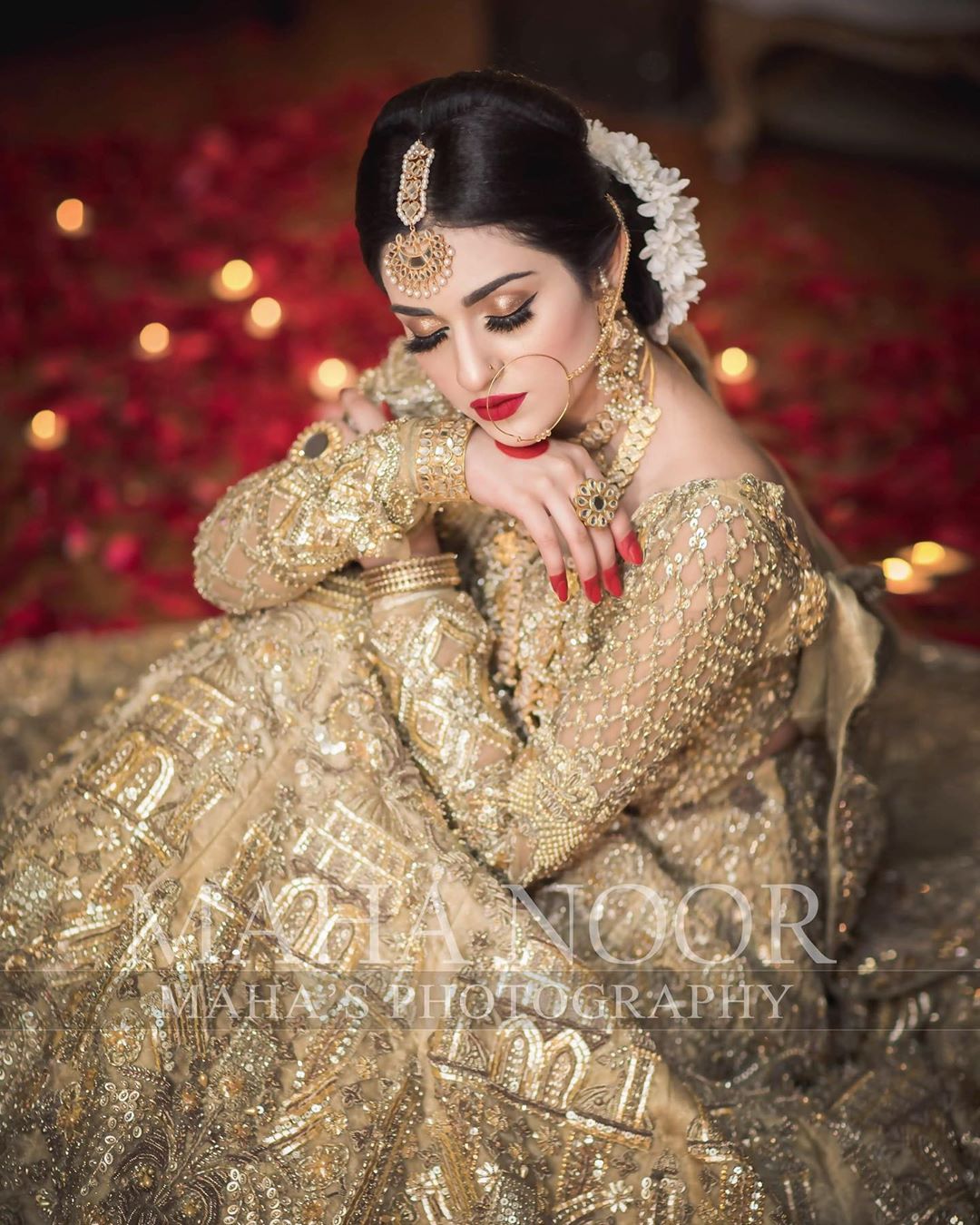 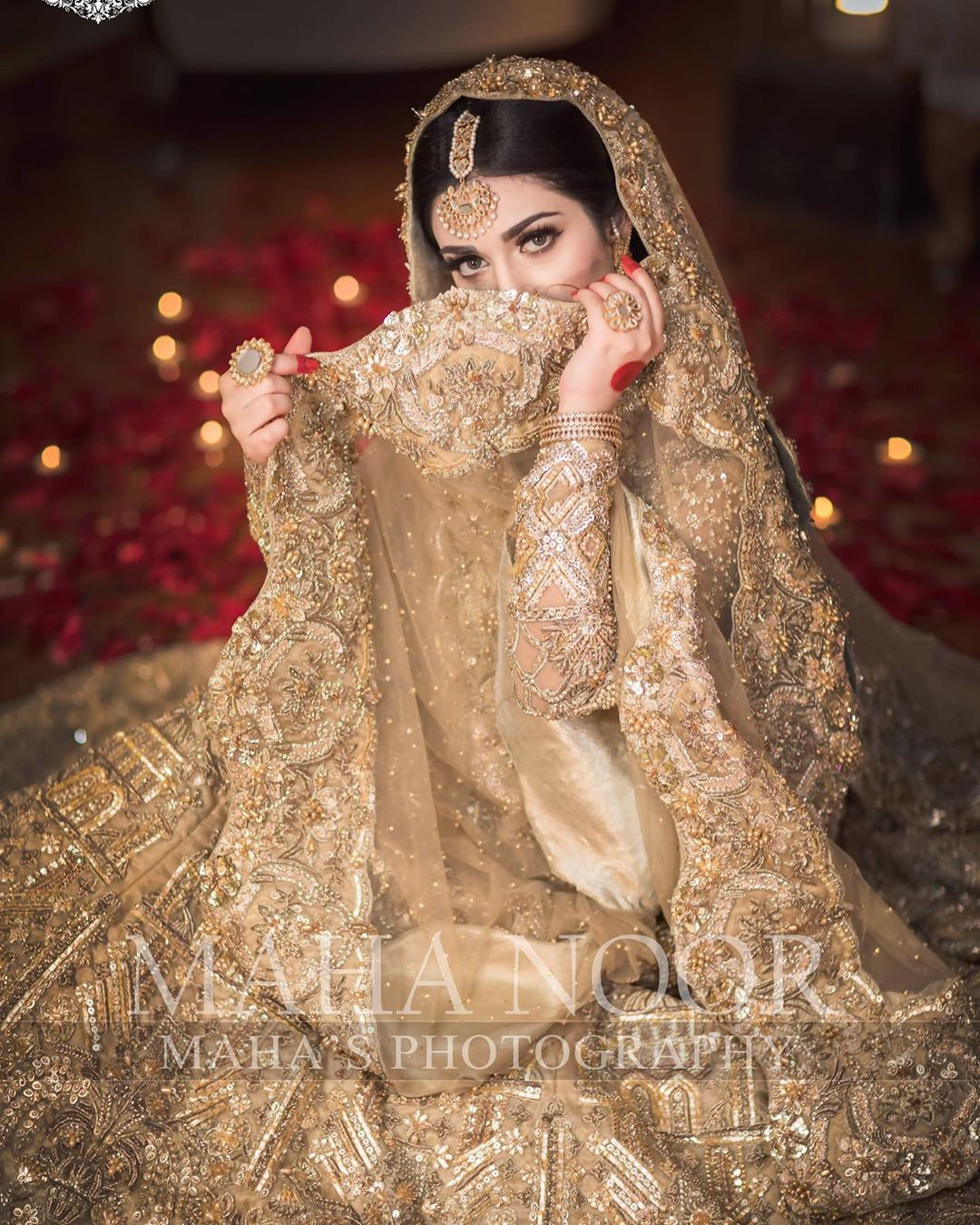 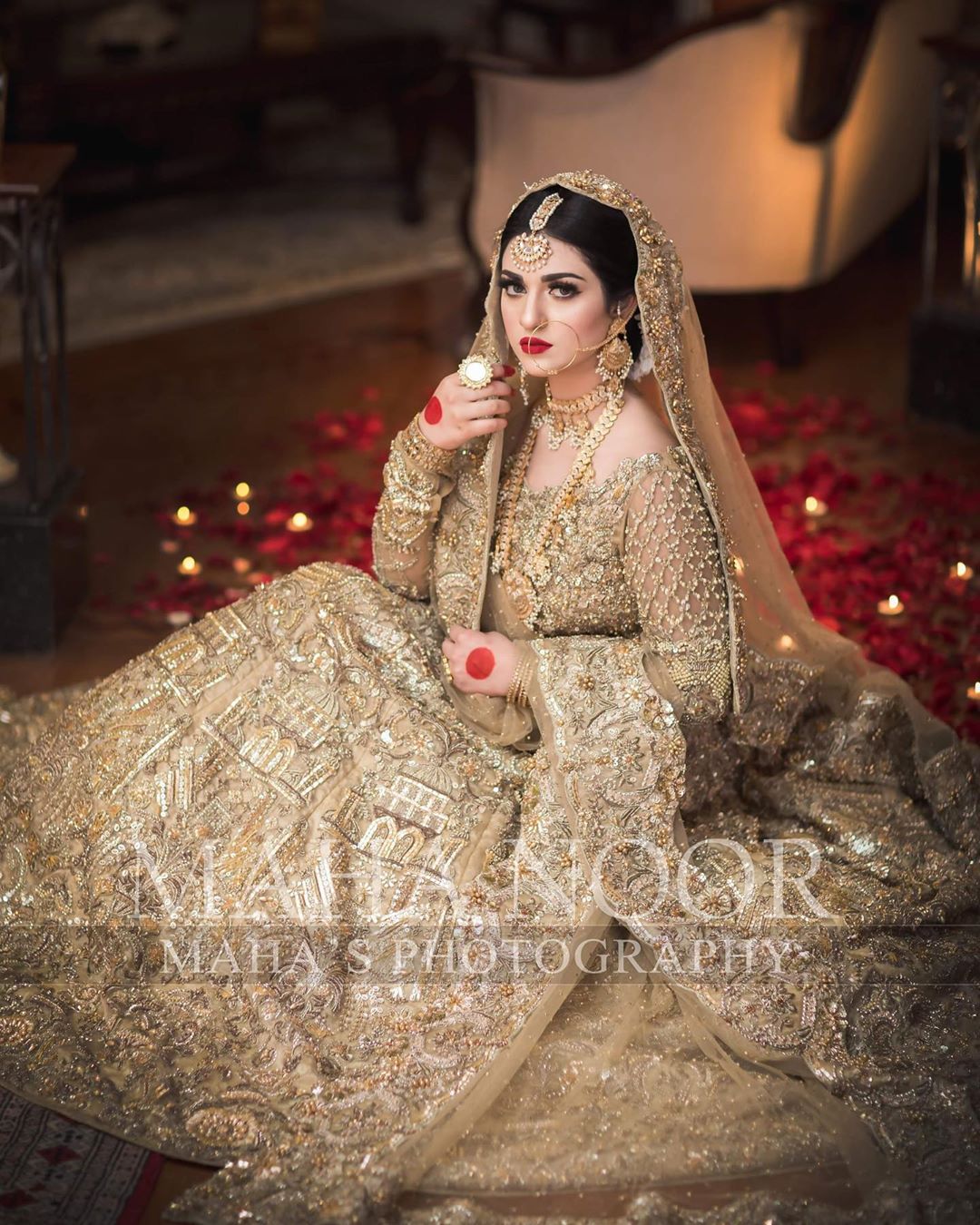 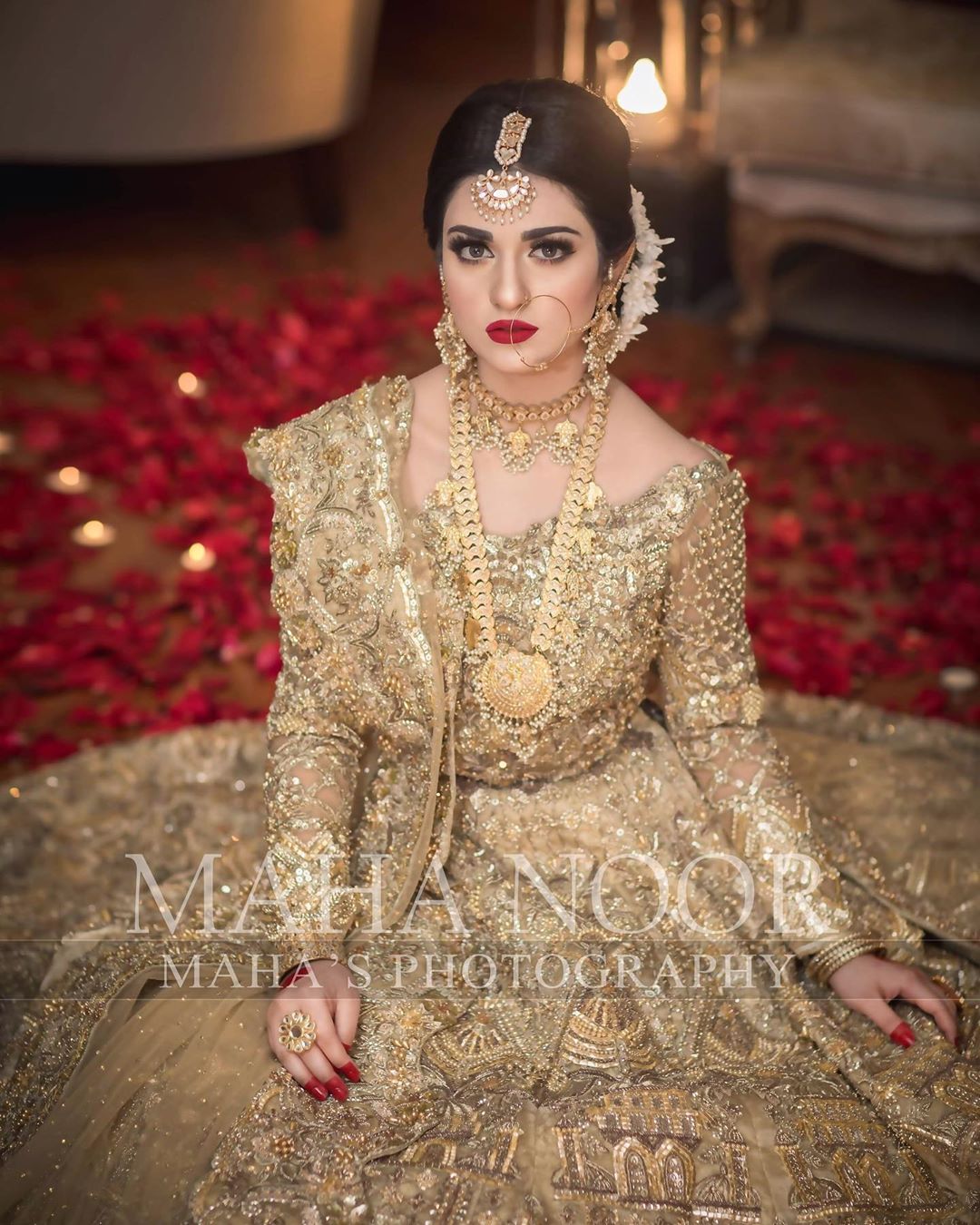 Share your thoughts about this bridal look of Sarah Khan in comments section!