Bipasha Basu and Imran Abbas have Bonded Well on the set of Creature-3D!

It is always a pleasure when out Pakistani celebrities are welcomed outside the country and are respected and appreciated for their work, and not criticized for vulgarity. Adding his name in the hit list, Imran Abbas is now enjoying his time on the sets of his upcoming Bollywood Movie Creature which is a 3D movie. What makes this movie worth watching is its cast which includes Bipasha Basu and Imran Abbas in lead roles.

We have been sharing much of the stuff on the movie updates, highlighting the pictures, the news and what not with our readers but what we have today to share with you all is the fact that Bipasha has found Imran as a lovely person to work with and is highly impressed by Imran’s Hindi. 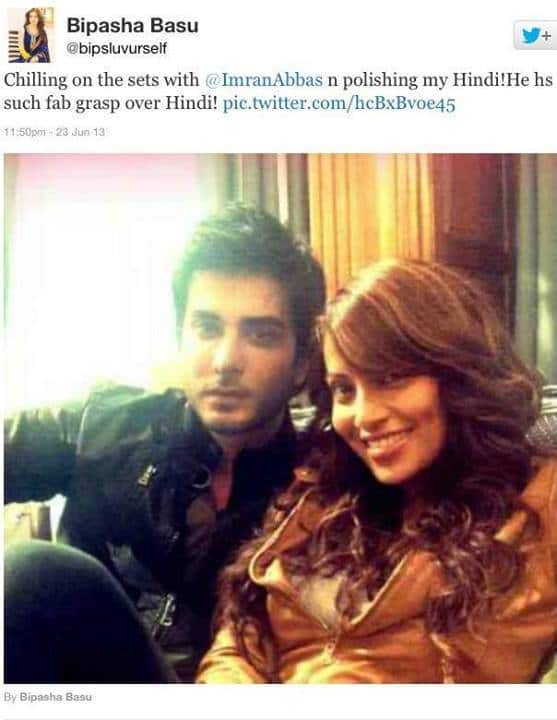 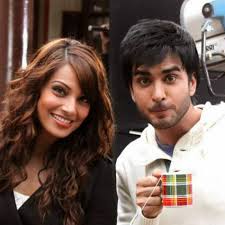 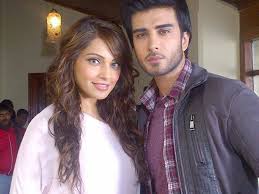 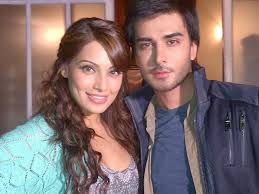 Sharing a tweet about his hindi. Bipasha revealed that it is Imran Abbas who is polishing her hindi skills on the set and keeps telling her to communicate in hindi on the sets. She said that Imran and she enjoys a good bond and often play UNO and LUDO on sets when free to fight against the cold harsh climate.

Imran’s Hindi is flawless. So, I have made sure that we interact only in Hindi on the sets of film. The unit of Creature is super fun. I and my co-star, Imran, have bonded well. In between shots, it’s either Uno (card game) or Ludo (board game) or some other kind of game that we all play to get distracted from the cold”

We have been watching many photo shares of the two on social media and according to the analysts of Bollywood industry, Creature movie can be a good beginning of Imran Abbas’s acting career in India.

These days, the actor is hated for his role of Adeel in drama serial “Dil-e-Muzter” and appreciated for his work as an actor by his fans!

More power to him,