This show finally came to an end this week and although the story had nothing new to offer the show still captured my interest because of the amazing cast and their superb acting. Saba Qamar has done an outstanding job; I cannot even come close to describe how perfectly she had portrayed the role of Irfa. I must confess that I never liked Mohib Mirza because I found that he always over acted in his serials but he had completely gotten into the skin of his character this time and managed to surprise me with his marvelous acting skills. From now on I will definitely look forward to more of his shows. Sana Askari as Maleeha also did a good job but her portrayal of the same kind of characters in every show is seriously getting on my nerves now. Shahood Alvi and Yasra Rizvi were an integral part of the show and their characters gave more life to the show. Shahood Alvi as Bilal was one of my favorite characters in this show. I do not know if people like Bilal exist in this world but I always like to admire such characters when I see them on screen.

The ending was predictable but I was glad to see that Irfa at least considered Ansar’s proposal. She did not get offended when he proposed her and took it in a positive sense but she just had one answer for him; that she was married. Ansar was a new sign of hope in her life after a long time and some part of her did want to accept him but then it all came down to Rahima and her happiness. She might be overwhelmed by Ansar’s proposal but she could not forget that Shayan was Rahima’s real father and she would not accept anybody else as her father now that she was so attached to Shayan. Surprisingly even Bilal and Minahil had the same opinion that Irfa should accept Shayan back in her life. Bilal did not tell Irfa directly but he did say that Shayan would be forever grateful to her if she accepts him now with his guilty conscience.

Irfa, however, put up a good argument when Minahil tried to talk to her about Shayan and why she should accept him back in her life. I simply loved their conversation as it had some beautiful dialogues. At first Irfa was adamant to choose the new path in front of her and venture away from the old one but the only thing that stopped her was Rahima’s happiness. When the innocent girl told Irfa to accept Shayan back in her life for her happiness she could not help but think about it. It was a very tough decision for her to forgive Shayan and accept him back in her life but she did it for Rahima’s sake.

Ansar was waiting for her final answer and he finally got it when he saw Shayan taking Irfa away. Irfa had clearly told Shayan that she had learned to live without him and she had no place for him in her life anymore but when Shayan told him that Rahima needs both of them, she gave in. I felt bad for Ansar when he stood there with a bouquet in his hand and saw Irfa taking Shayan’s hand and returning to her old life. Till the very end Irfa did not truly forgive Shayan but then she finally gave in and accepted her fate. 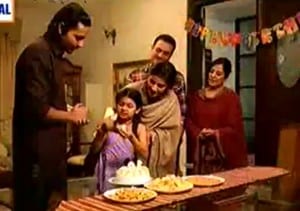 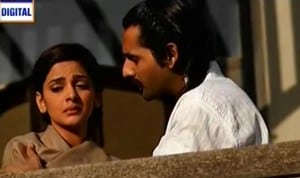 The show was wrapped up pretty nicely and I am glad the show did not have an abrupt ending like most other shows nowadays. The pace of this show had been slow from the very beginning but surprisingly I never got bored while watching the show. I always looked forward to the next episode even when the show got very depressing. This was surprising for a person like me who could never stand to watch a distressing scene but Saba and Mohib kept me hooked to the show. Another thing that I loved about the show was its mesmerizing dialogues. Maha Malik created magic with her deep and meaningful dialogues. Its beautiful title songs were like a cherry on top, though I liked the female version better than the male one. Sohail Javed had done a commendable job as a show is nothing without its director’s vision. I will surely look forward to more shows directed by him now.

So guys how did you find this show? Rate it out of 10. 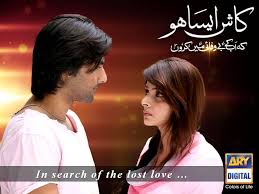