So finally Rehaai ended last night and along with Kulsoom’s literal rehaai, Shamim and Shehnaz also were freed from Vasim’s verbal and physical abuse.  These two finally got a Vasim who cares for them and the three girls and is genuinely trying to right all the wrong he has done in the last few years.

The last episode started out with a visibly disturbed, yet at peace, Vasim. He had asked Kulsoom for forgiveness in the last episode and divorced her so she could be free to marry Akmal as soon as her iddat is over.  He goes to see Akmal and tell him everything.  Tells him to man up and declare his love for Kulsoom…if he backs out, will have to answer to Vasim.  Thankfully after some hesitation, Akmal also convinces his mother. Shamim finally seems happy and content and supports her son 100%. Vasim also seems to have developed the fatherly love and bond with his daughters, especially Rabi, which was nice to see.  In this episode, Vasim also gets artificial legs so he can walk.  He is also very encouraging when Shehnaz is crying because she is going to lose the 3 girls that she raised as her own.  Vasim tells her that the girls will stay with them. He is not going to let them go with Kulsoom.  Shamim also asks Kulsoom for this sacrifice and Kulsoom does grants that wish. She tells Shehnaz that even though she gave birth to the girls, Shehnaz is the one who raised them.  The bond between Kulsoom and Shehnaz is one that I have never seen before. It was fabulously written and if more women actually did develop such a relationship, the world and households would be a much better place to live in! After Kulsoom and Akmal finally get married, Vasim talks to his mother about going to Kashf Foundation for help with the business. He can take care of dealing with the outside markets in different cities and the accounts. Again, we see a relieved Shamim who finally has a son she can be proud of.  Thanks to Kashf, he also gets his store back… Rehana Baji is also there…over enthusiastic as always.  At the end of the episode, 8 years have passed and Shehnaz’s sister is over talking about her son Pervaiz just getting a job. She then gets to her main point asks for Rabi’s hand for her 22 year old son Parvaiz. Shehnaz and Shamim are shocked and somewhat disgusted since Rabi is only 13. They adamantly say no due to Rabi’s age and Shehnaz scares them a little by telling them to ask Vasim. After all, he has 3 girls and he might actually want this to happen to make it easy on himself.  She even mentions this in front of Rabi who comes to say salaam and Rabi leaves angrily and goes to confront her father about Khala talking about her marriage. She tells him in no certain terms will she get married at this age as she want to go to medical school and become a doctor. The episode ends with Vasim telling her to not worry at all…she will study as much as she wants and he will not get her married at that age.  He gets happy at the thought of his daughter becoming a doctor. Shamim is in the background watching this and the scene ends with everyone content and happy.  I really would have enjoyed it much more had Vasim been in that conversation and berated Shehnaz’s sister for even mentioning this. It would have been great to hear him say that he will not repeat do to Rabi what he did to Kulsoom. I honestly believe that would have been a better end, but again, there are many scenes in this drama that I wish were written differently.

On a whole, I think the last episode was the best one script wise.  My favorite scene that I didn’t mention above is the one where chacha disgusting comes with his fake sympathies and tears to take Kulsoom back after hearing Vasim divorced her. Vasim sees right through him and tells him off saying Kulsoom isn’t going anywhere with him; she will complete her iddat at his house, after which he will get her married to Akmal.  He asks him where his tears and sympathy was when he sold Kulsoom to him. Where was he when she had no food to eat?  He berates him knowing that the only reason he is there is because his daughter is now self-sufficient and that is why he is there to take her back…to live off of her money.  This really was my absolute favorite scene because you could see how genuine Vasim was and how he saw through chacha disgusting c ompletely.

Let’s discuss the script. Rehaai started off with child marriages and ended with women and how important it is for them to be financially independent.  How they need to be educated and if not then they at least need to be skilled in some sort of a trade. These are fantastic topics and we need more stories on this. However, in my opinion Rehaai got lost somewhere in the middle. There are storylines that made no sense to me. For example, why did the audience need to see the birthing scene of Kulsoom’s first child? Why would Farhat Ishteeaq writ that in her script, and why would HUM TV, Duraid Productions, and Mehreen Jabbar as the director go along with it? Everyone knows labor is no piece of cake and that it is one of the most painful experiences a woman goes through…so why was it necessary to actually show such a bold scene? What was team Rehaai trying to prove?  Living in the US, I expect this from western TV, but not from Pakistani Television…especially since it was completely unnecessary!

Another storyline that made no sense to me was the Noor Jahan one. What was the point? I could perhaps see it if Vasim had realized how his first 2 wives were and how he was treated to so well by them in contrast to how Noor Jahan treated him, and gone back to his family and apologized. But none of that happened. She divorced him, took his money and left, never to be seen again and he went off to another form of life of crime. Again, what was the writer’s purpose in that story line? Why is there such a need to extend episodes even if it is rubbish and baseless stories? We were told these were real stories that were related to the writer by Kashf Foundation. Really? Vasim has an affair with her for about 4-5 years and the mohalle wale say nothing to Noor Jahan and her mother? Why do these things need to be exaggerated to a point that they just don’t  make sense and why do the entire teams of these dramas go along with it?

Another thing (and I mentioned this in my first two reviews) is the use of an 11 year old girl. I just want to ask Mumaina Duraid if she is comfortable asking her own daughter (who is around the same age) to act in such a role…and if so, why didn’t she have her own daughter play the younger Kulsoom? How was the script explained to that girl and what she is supposed to be going through in those scenes with Noman Ejaz? It was absolutely tasteless!  Again, Farhat Ishteaaq is a fabulous writer, but she was not fit to write this script. She excels in the last episode because writing romance and fiction is what she is good at, hence the flawless episode. It was a good attempt, but a veteran writer should have been approached for this in my opinion because that would have made all the difference.

Having said all of the above there are certain things that no one can be faulted for and one of them is acting. All the actors did absolute justice to their roles in every episode and every scene. Whether it’s Samina Peerzada, Maria Wasti, Noman Ejaz, Munawwar Saeed, Danish Taimour, or Sana…even the kids were fabulous. Everyone fit their roles perfectly and they all get 10/10 for it. They were all fantastic! Direction wise, Mehreen Jabbar was great as always…I was surprised that she chose to direct this, but she did make a weak script look good. The still shots and the flashbacks in the beginning of Shamim’s own childhood were absolutely fabulous.

To end this, I hope people do learn a lesson from this…I hope education really is given more importance and I hope men and women both realize that women need to have a skill to survive in this world. They can’t always depend on men as we have seen. They need to be able to survive on their own when put in that position and they need to able to take care of themselves and their kids if and when the time comes. 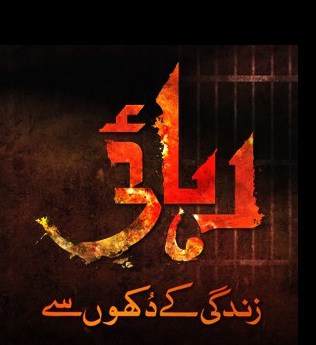