Bollywood’s Dishoom stuck in censor board

Bollywood film Dishoom which was due to release on 29th July 2016 in Pakistan has not been released yet as it is still not cleared for screening by any censor board of Pakistan. As per the English Daily Dawn censor board has not yet formally announced any decision about the film

The promotion of the film was in full swing where the distributor has advertised the release of the film in all the leading Urdu and English dailies. 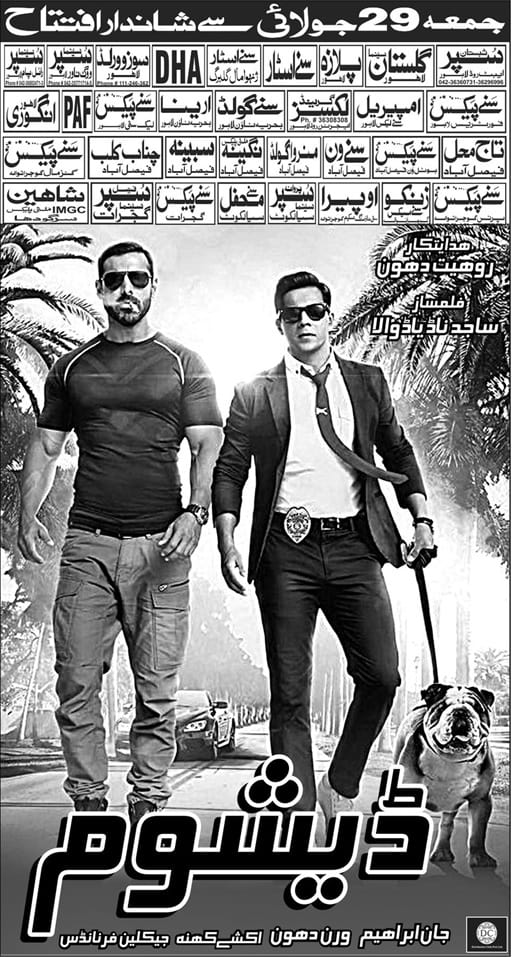 As per English Daily Dawn,  the film Dishoom shows the two leads attempting to kidnap an Indian cricketer before an India-Pakistan cricket match.

So the release of the film is uncertain in Pakistan and it might get banned.

This year so far two Bollywood films have failed to get the censor certificate or NOC.

In January Bollywood’s Kiya Kool Hain Hum 3, was banned by censor board quoting “It is an out-and-out obscene film that not only shows nudity but also has a lot of vulgar content in its dialogues. The board has officially disallowed the film from public viewing and sent a show-cause notice to the distributor. The problem with this film is that we couldn’t even allow it with an Adult rating, it so vulgar”.

In February Bollywood’s Neerja also failed to get the No Objection Certificate (NOC) from the federal ministry required to import the film. The decision is said to be linked with the alleged anti-Pakistan content of the film.