Aisha
1 min read
Rangreza is an upcoming Pakistani musical-romance film in 2017, under the production banner of Vision Art Films.In the lead roles movie will be starring Bilal Ashraf, Urwa Hocane and Gohar Rasheed. Other cast memebers include Tanveer Jamal, Imran Peerzada, Saba Faisal, Seemi Pasha, Humaira bano, Ghana Ali and others.The film is directed by Aamir Mohiuddin, written by Akhtar Qayoom and is being produced by Yasir Mohiuddin, Usman Malkani.
Regarding the film the Director Amir Mohiuddin  said, that while working for almost three years on the script, he wanted to paint his idea’s into a detailed screenplay, and that’s how he met Rangreza’s writer, Mr. Akhtar Qayyum, who told him a story which turned out to be the same that he was looking for!
Urwa is doing the female lead role, she is plaing the role of Reshmi. Reshmi as a kind hearted, beautiful and soulful girl, her purity makes her rare, and she’s as reshmi as her name.
Here we are sharing with you the BTS shots of the movie. Have a look. 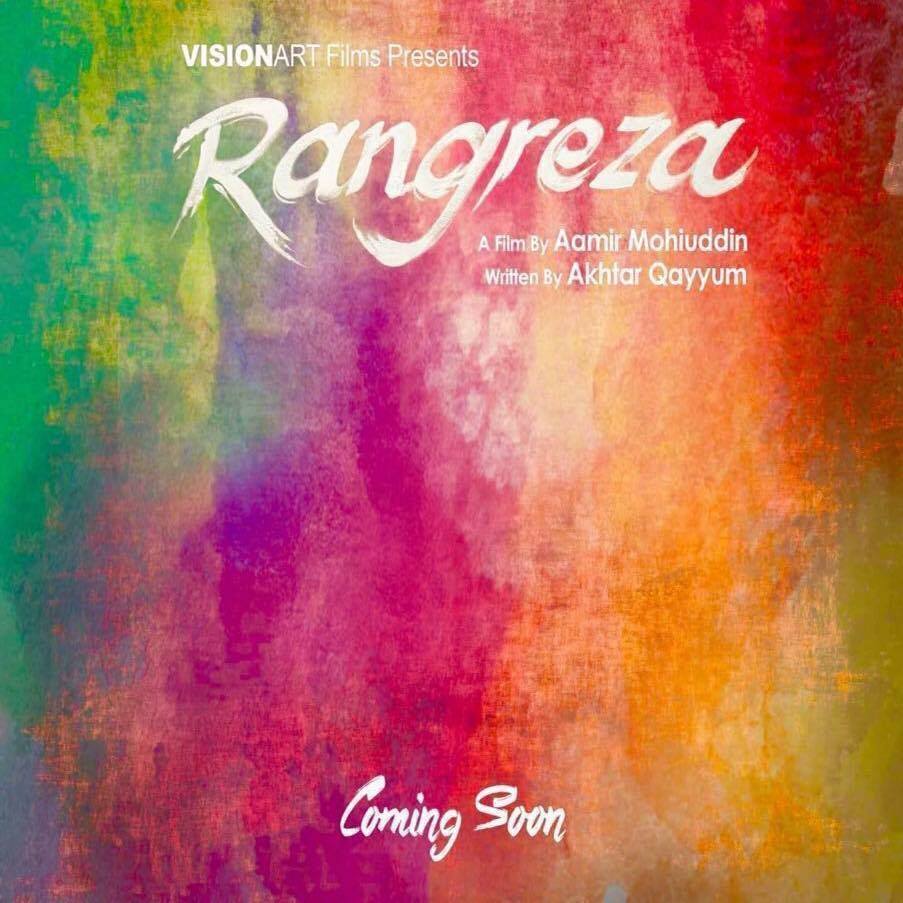 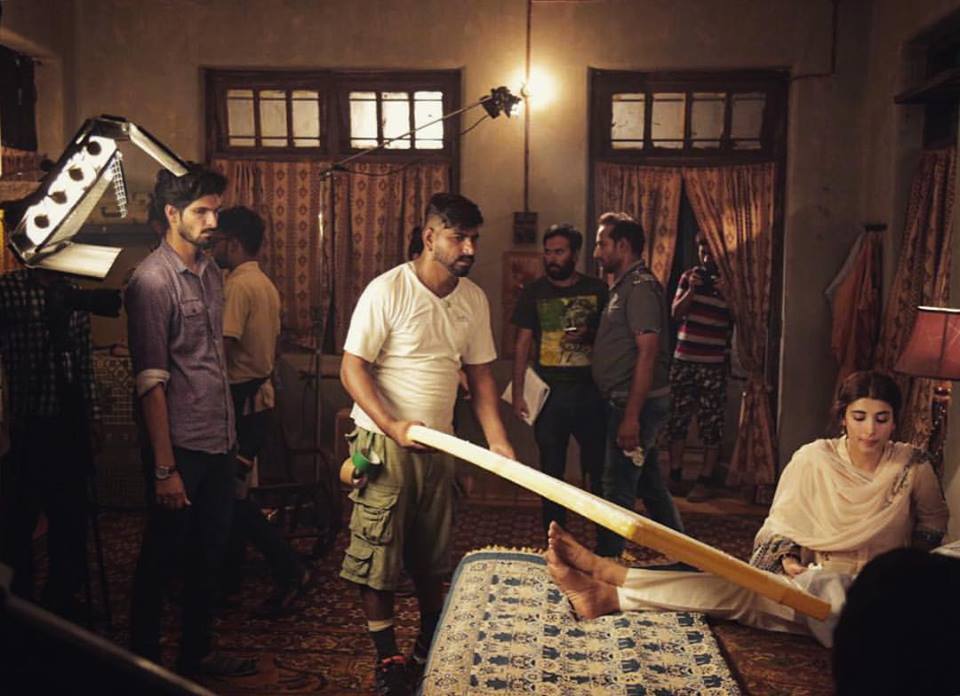 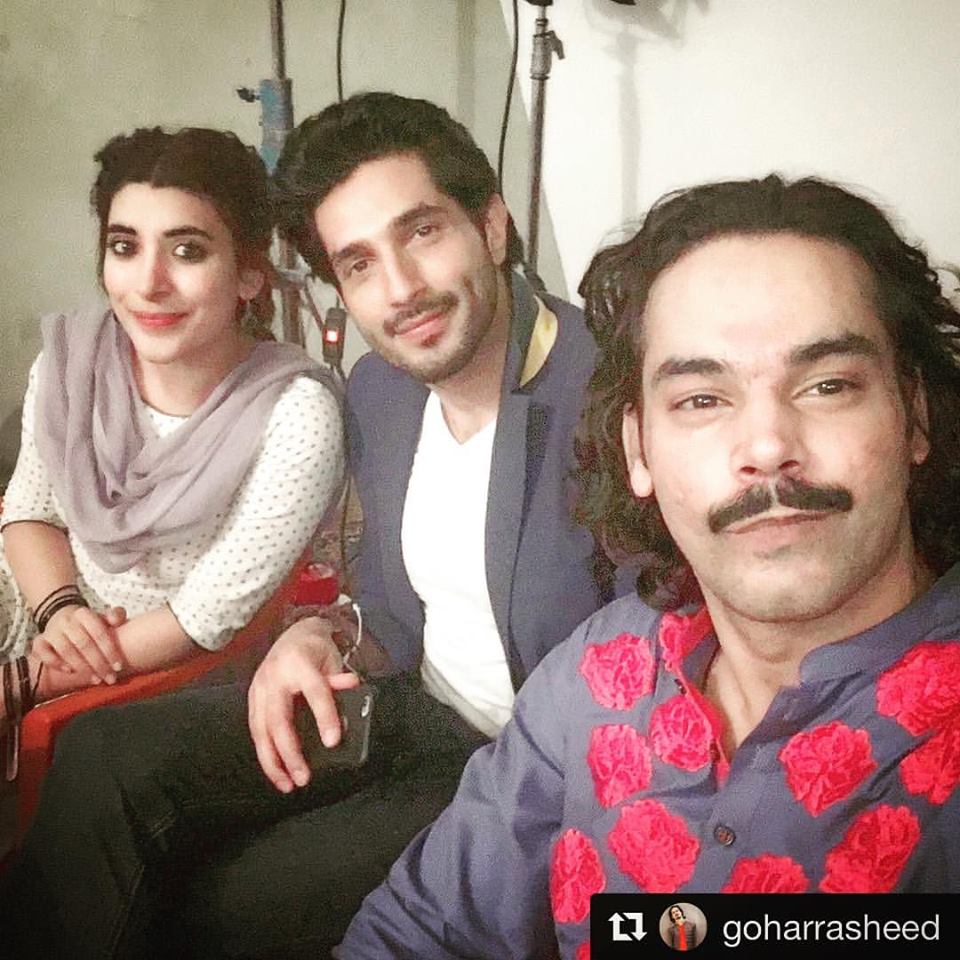 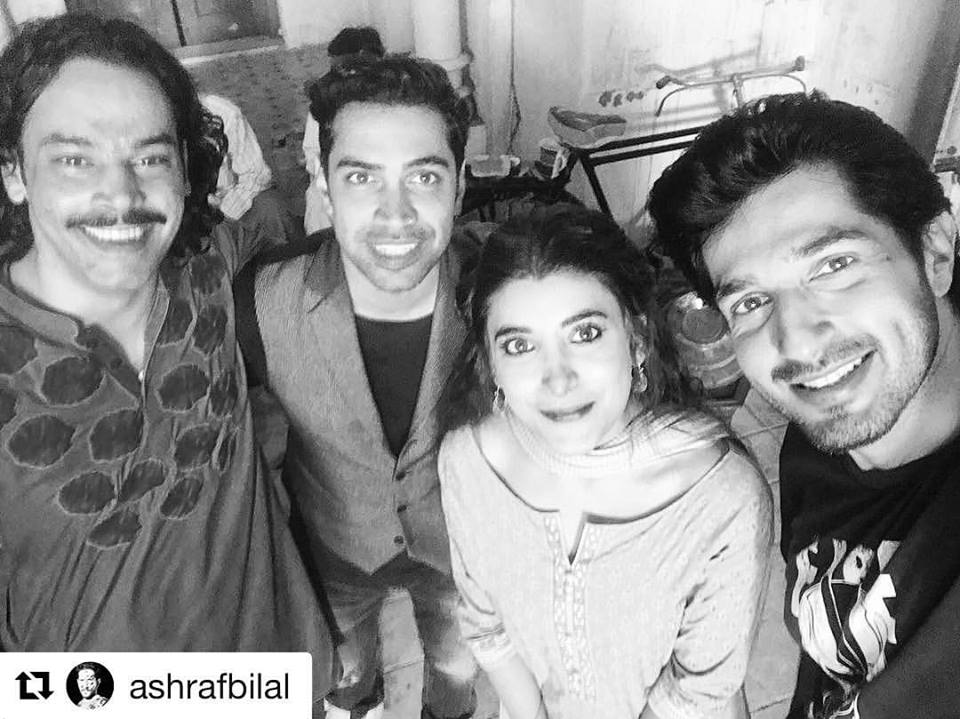 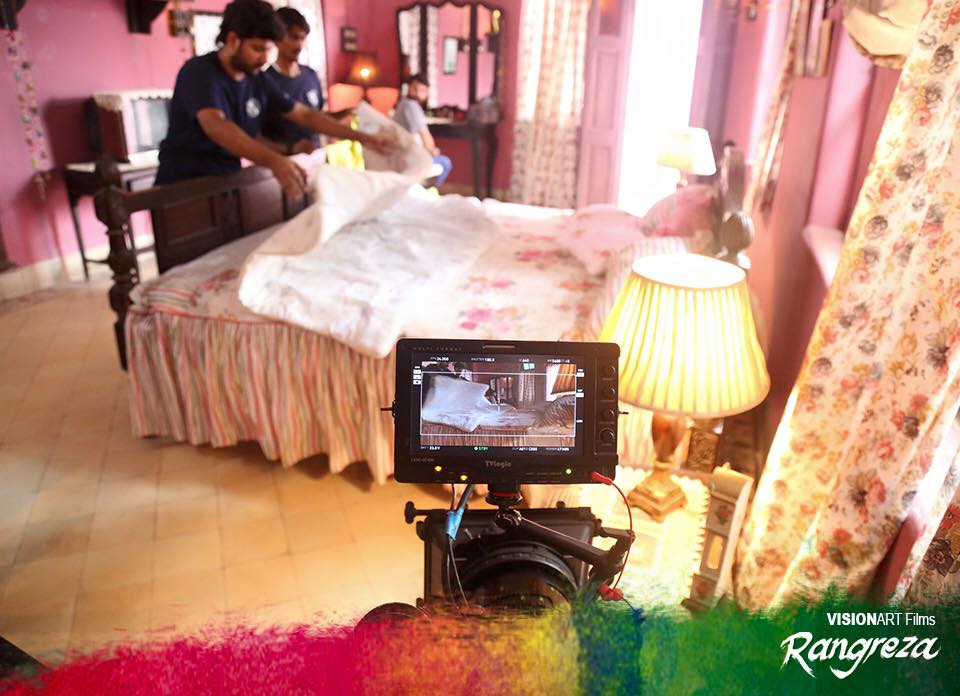 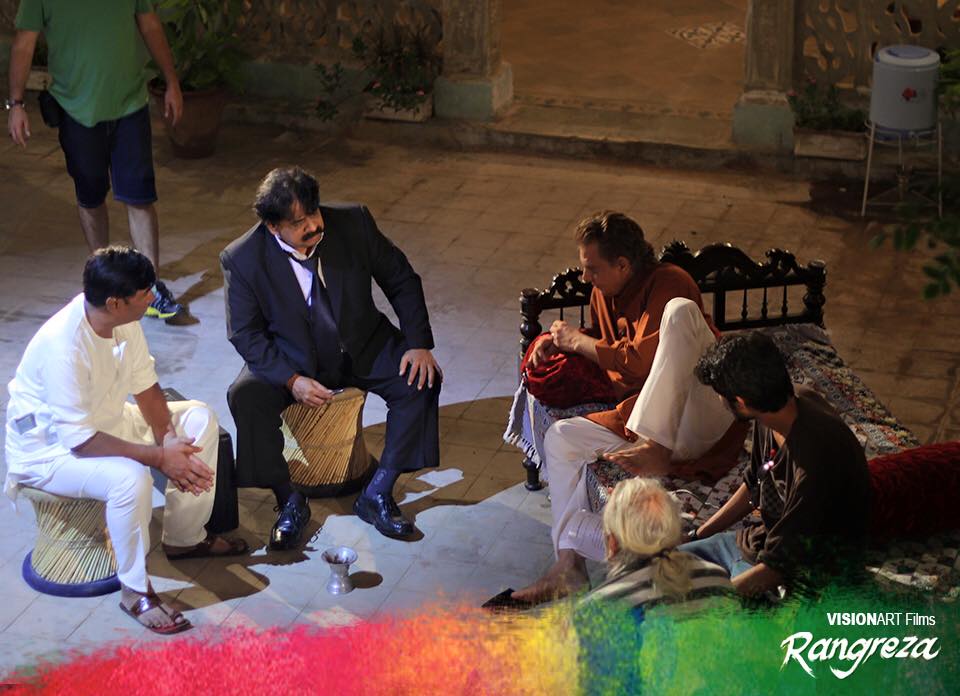 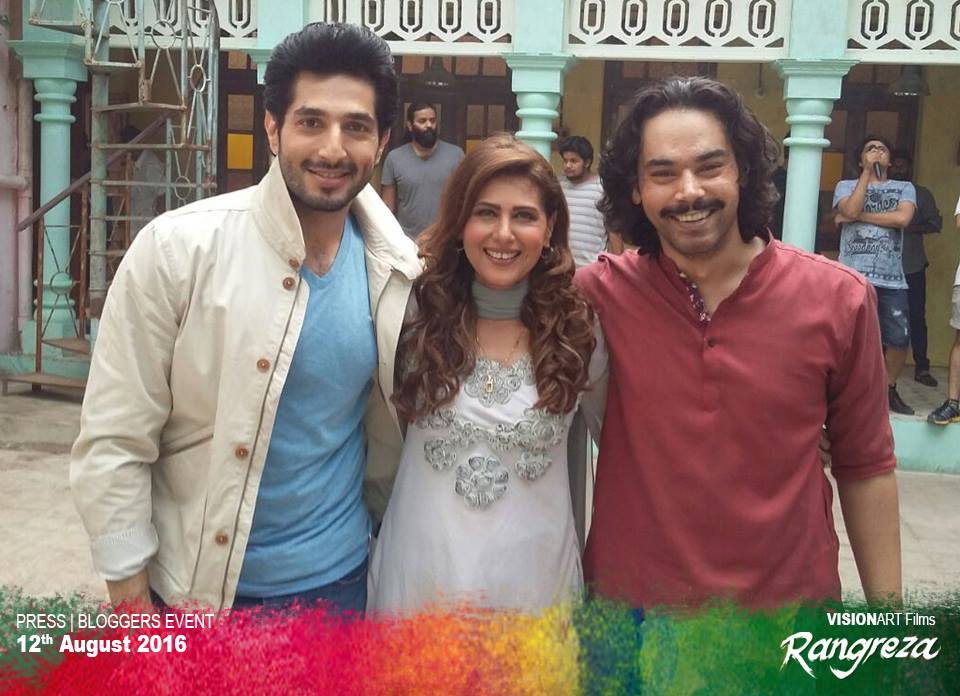 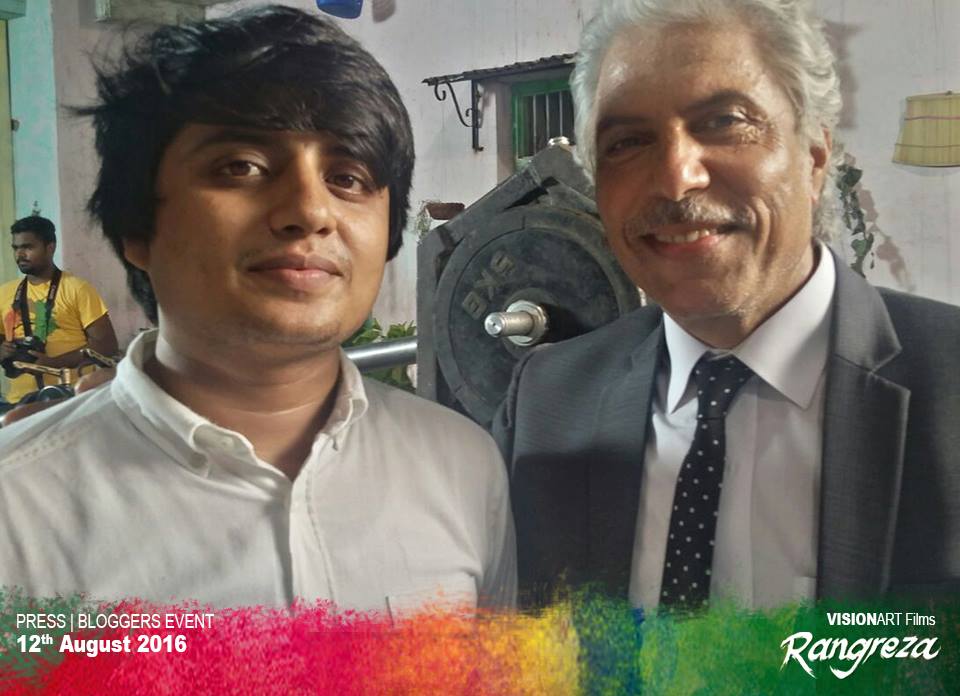 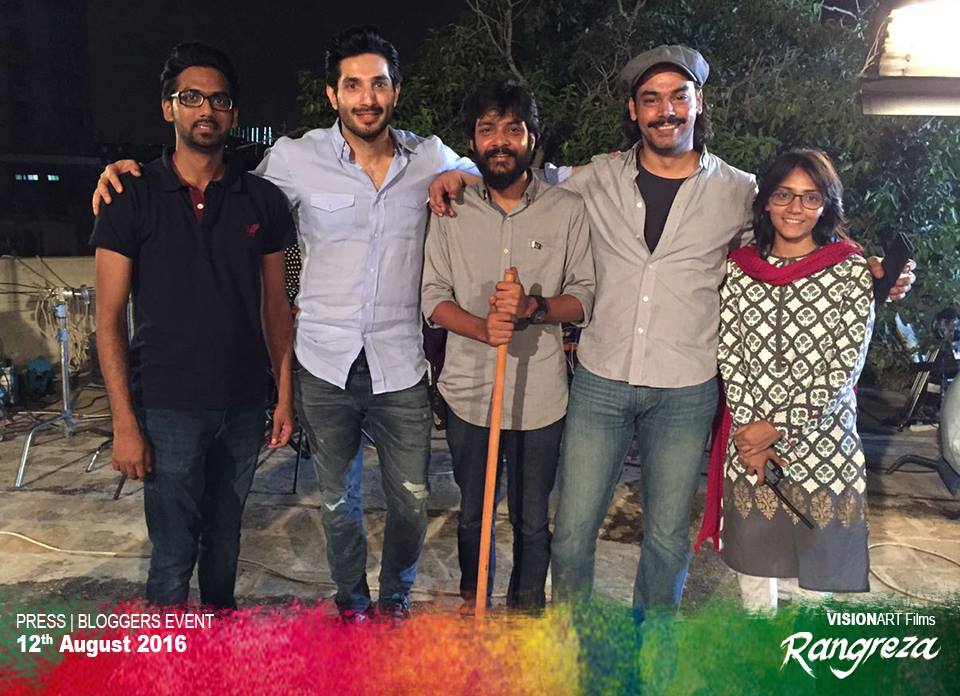 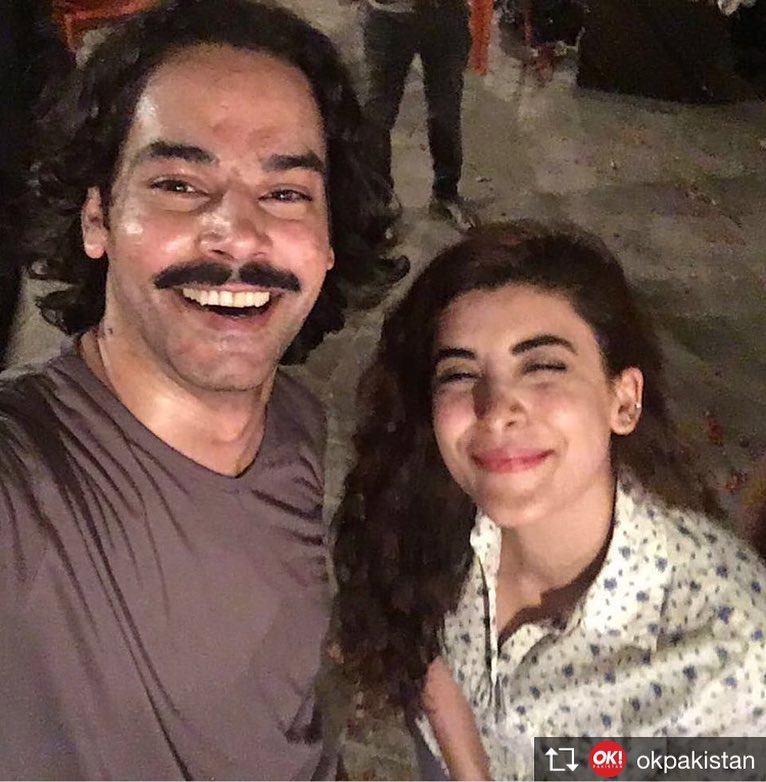