Cast your Vote and Play your role!

General Elections 2013 are just few hours away from us and the air around seems to have different shades where half of the nation is enthusiastic about using its right and tune the future. However, according to the latest survey that was been conducted by a local news channel, out of 8.5 Million people who are eligible to cast their vote, there are only 2 Million of them who know where their respective polling station is. This leads to an approximation that there is only 23.5 % of the total population who will cast a vote tomorrow as per the latest stats revealed. 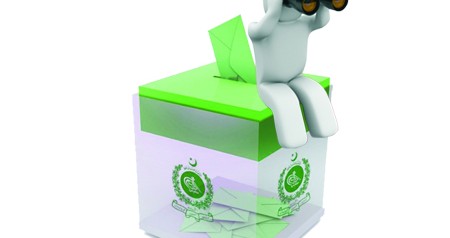 There are no second thoughts about the risks and dangers that are expected for the big day which is one of the biggest contributing factors in making people sit at their homes and not going out to pay their responsibility. While we see the leaders continuously asking their followers to go out on May 11th and cast their vote, majority of the people are still confused about the thought. Moreover, there is a group of people who thinks that casting a vote is pretty useless because more or less, all the candidates and their hidden policies are same and not in favor of the local people of Pakistan.

What I have today to share with you all is a small message, a small motivation and a small proof. People are talking about the chances of rigging in elections, about the terrorist activities that are the biggest barriers, but what many of them don’t know is the fact that things are pretty different this time.

My mother is a 19th grade Government Officer and she has been given the charge of one of the most risky sectors of Karachi, that is, Orangi Town. Having a person that close in a family makes you much informed; I know that this time things are far much better with high security and well-managed system. This is to make you all remember that your government employees are doing their best to make it possible, they have families too and the risks are equal for them too but when it comes to accountability, we can see people who are up for it. Being the Presiding officer (PO), my mum, with all other presiding officers and their teams have reached their polling stations and will be there for two days, i.e. 10th, 11th and would go back to their homes not before 12th ‘s morning. They have initiated their part, now it’s our turn to feel accountable and take steps towards the betterment of the nation. 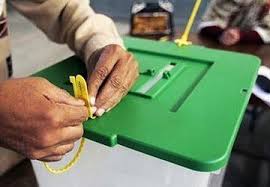 We all are also aware that there are influences, strong indeed but keep that in mind that there will be no one who will be watching you while you will cast your vote. Cast your vote to anyone, whosoever, but please make a right decision because by the end of the day, you will have to answer Allah Almighty for your decision. 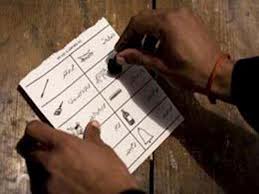 I Leave you with a thought to consider that if we wouldn’t come out now for our rights and welfare, there are no more tomorrows for the people of Pakistan then!