Qandeel Baloch’s murder has been a very shocking and tragic incident which has proved that there is very little tolerance in the Pakistani society for people who view the world in a different way. Qandeel Baloch was very well known for her boldness. Even though many celebrities did not show their support for her when she was alive but they were very open in protesting against her murder. Social media is filled with statements from celebrities who are enraged after hearing this shocking news. The rate of honour killings is increasing with every passing year. Examples like these also give Pakistan a negative image in the international community. Celebrities feel threatened more than ever now because whenever a celebrity has asked for security from the government, the government has never given them the security they need and the end result is what happened to Qandeel today. Some people are even more shocked because an outsider did not kill Qandeel but it was her own brother who took her life. Qandeel Baloch has been trending on twitter, the world is talking about her because most people believe she was killed in cold blood. A lot of celebrities are holding the media responsible too. 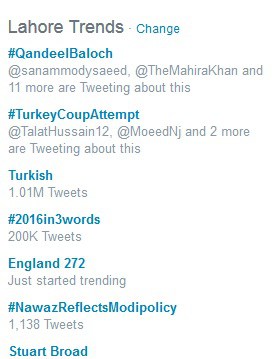 Here are some of the reactions from different celebrities: 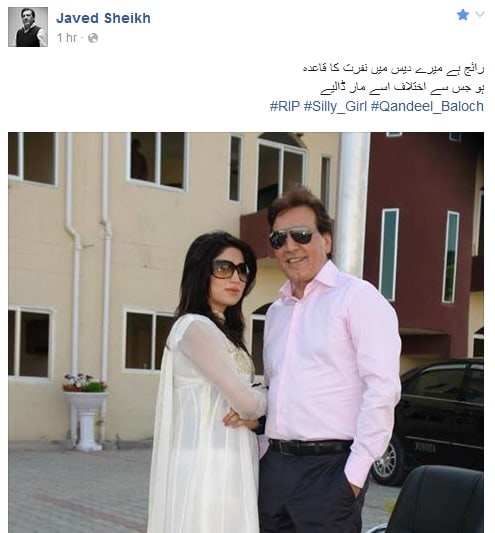