Qandeel Baloch got all kinds of hateful reactions from people when she was alive but after the way she was killed it is expected that people will now stop judging her and let her rest in peace. Many tweets however show something entirely different. There are some people who are finding it impossible to stop judging Qandeel Baloch even now. They are saying that she deserve to be killed like this. There are people who are justifying this murder saying that her brother did the right thing. Some people are also quoting what Mufti Qavi said about this being a warning for girls who might think about maligning the name of someone who is a religious scholar. These hateful comments show that some people are so heartless that they even support something like murder.

You can see the tweets here: 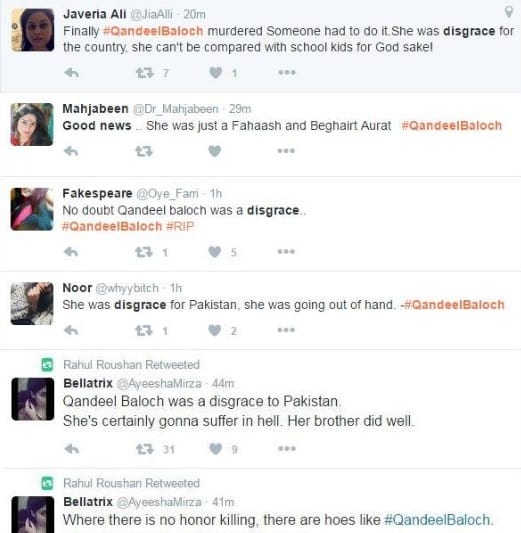 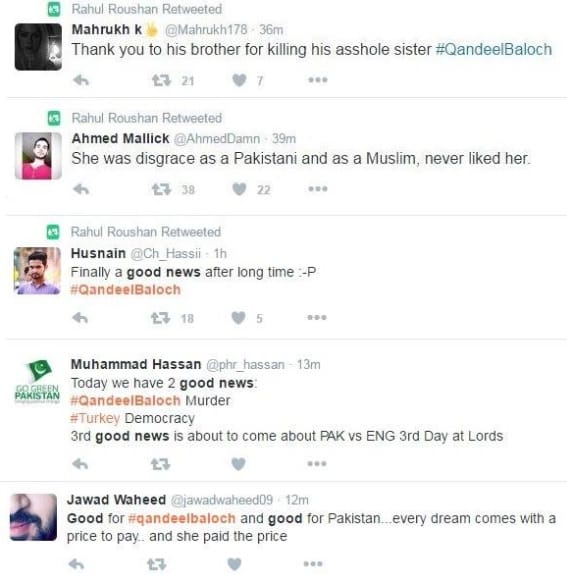 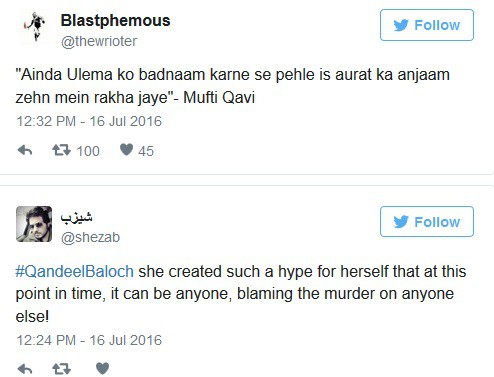 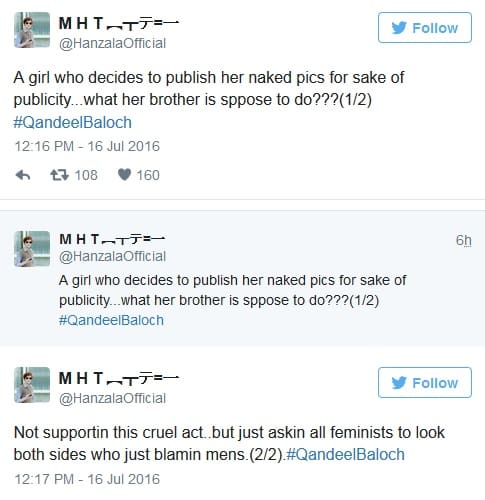