Christian Betzmann Opened Up About His Insensitive Remarks On Palestine Issue

Christian Betzmann is a famous German travel vlogger. He became popular after he embraced Islam and got engaged to actress and makeup artist Zoya Nasir. 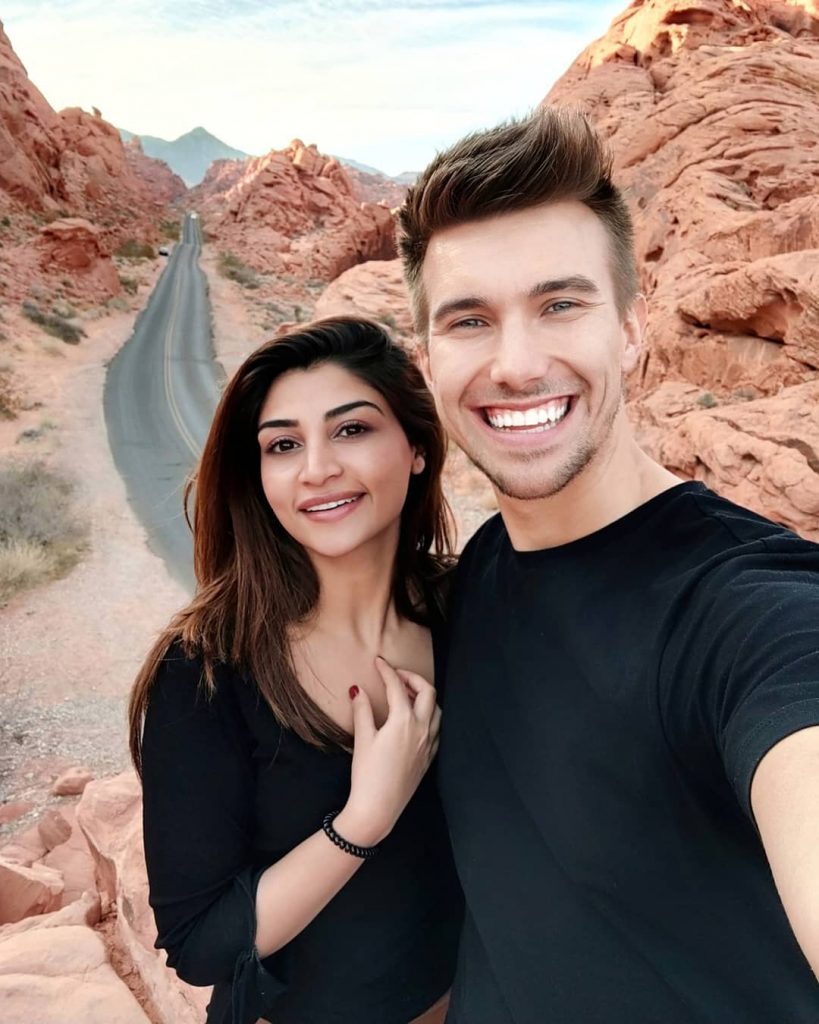 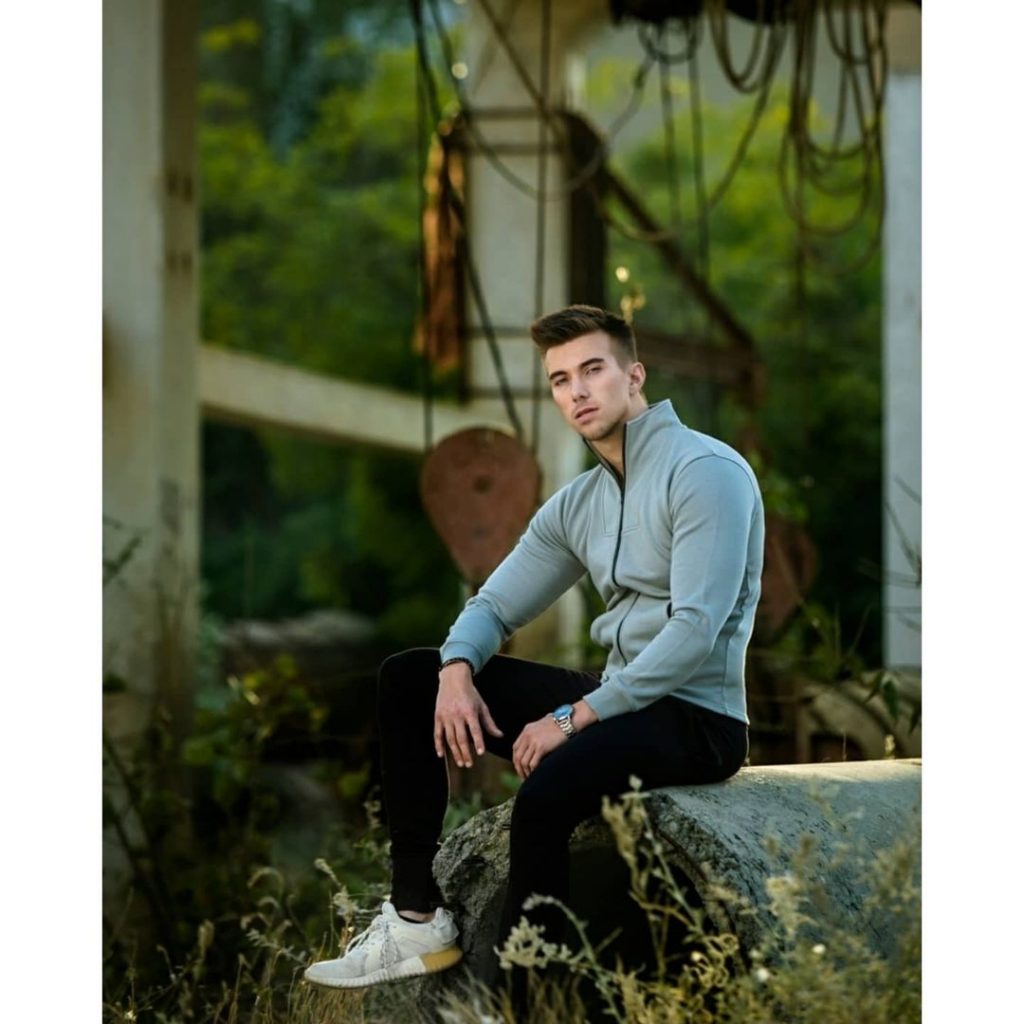 Christian Betzmann has finally opened about his insensitive remarks about the Palestine issue. He took Instagram story to share his narrative. “Calling people bad words just because they don’t want to share their opinion is stupid,” said Christian. He appreciated those who are raising their voices for a change but also shared that in his opinion government and politics are untouchable. 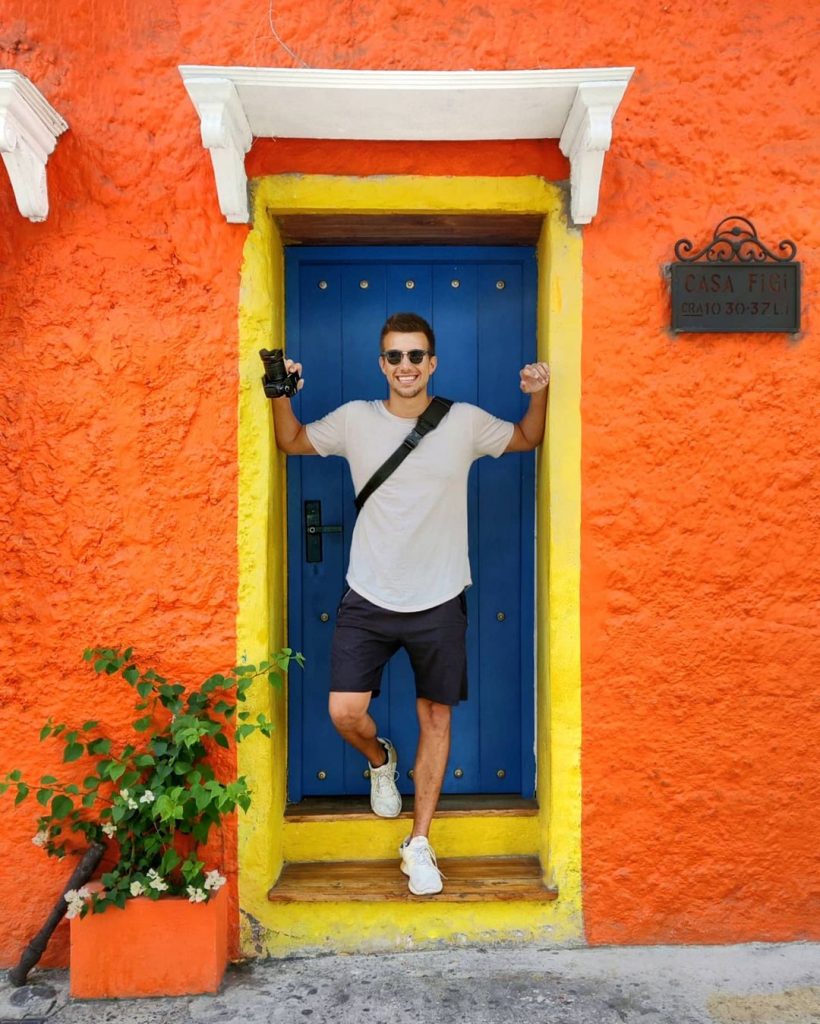 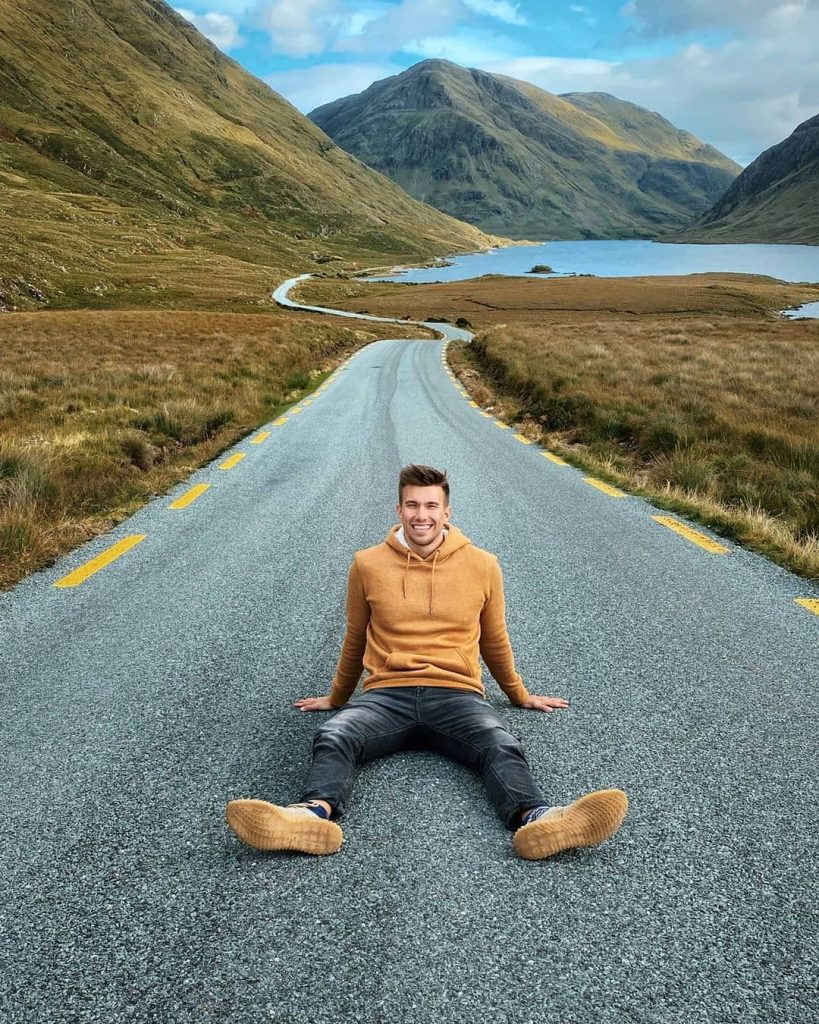 In the end, he raised a point that why people in Pakistan are not raising their voices for their own country and if they think that social media is that much powerful they why it isn’t used for bringing a change in Pakistan. 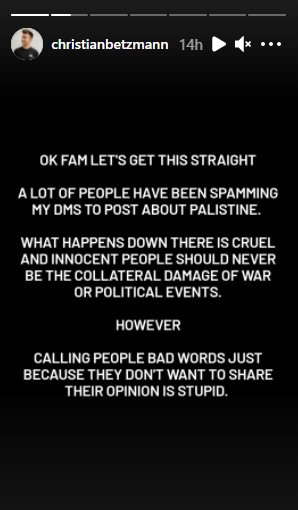 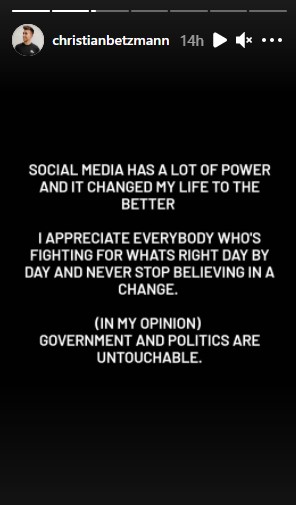 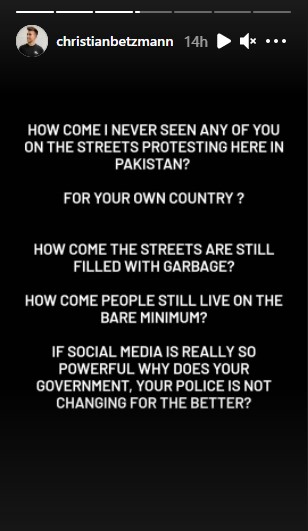 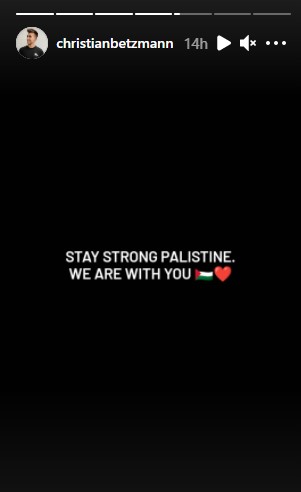