If Rameen and Azar get a fridge and an electric kettle for personal use, half of Rameen’s troubles will be over! Most of the times Numair gets a chance to be alone with Rameen when she has to go downstairs to make tea for her husband or when she goes to get water for him, like many other things about the play these chance meetings are also getting repetitive. The development in tonight’s episode however was definitely unexpected and it made me curious about how the story is going to unfold in the future. Numair has everything planned out well, he knows how blindly his wife trusts him therefore he is making the most of the situation. It did not take much to convince Manal that her sister had feelings for her husband. I must say that thanks to the brilliant performances by Arjumand Rahim and Syed Jibran I can definitely relate to the relationship between the two. Numair has worked very hard to win his wife’s trust because he knows only too well that as long as Manal trusts him no one and nothing that he ever does can ever effect his married life. He can continue living the double life which he is living and he will still have a wife to come back home to. Even if one of his victims comes and tells Manal the truth she will never believe her, even if that victim is her own sister!! 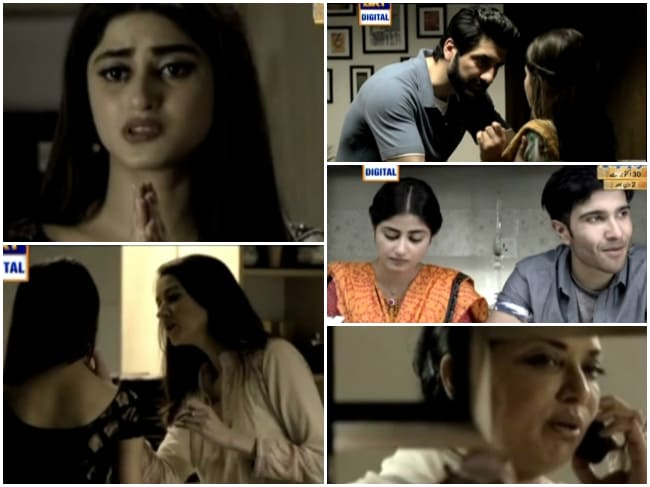 After watching tonight’s episode I must say that Chup Raho definitely had potential had the writer and the director been a little more creative. Rameen’s conversations with her mother are putting me to sleep, hopefully after the lecture from her Tayee she will think twice before calling her mother again! I must add here that Afshan Qureshi never fails to impress me with her acting, I would definitely want to see her on screen more often. I love her as the conniving greedy mother in Malika-e-Aaliyah and she is doing very well in this play as well. Coming back to Narmeen, she should listen to her spineless husband and take a stand for herself! Azar could not go to get water for himself but he had the time and energy to give Rameen the lecture which clearly showed that he does not believe her at all. He does not take anything that Rameen says seriously, he only said everything that he did in order to comfort her and also probably because he was very thirsty but too lazy to go downstairs to get water for himself!! It was more of a “how to convince your wife to get water for you” sort of a situation than anything else.

Once again there were enough cringeworthy scenes in this episode to make you wonder what the director was thinking! The scenes of Numair and Rameen’s encounters are unnecessarily prolonged and too detailed for my liking. Focusing on the back of Rameen’s blouse gave us a “deeper” insight into Numair’s sick mind but was it really needed since we know him so well already?? Once again Numair was the star of the show tonight and I kept on wishing I could feel for Rameen the way a person should be feeling for someone who has gone through and is still going through so much! Does anyone truly feel for Rameen’s character?