“The most watched drama of 2015” came to an end today. I have no idea why ARY went out of its way to promote Chup Raho as the most watched drama of this year but I am quite certain that many of the viewers out there who attached very high hopes with this show were sorely disappointed because of many reasons. The ending of the play was as predictable as it gets! I am not going to give the details away because some of the viewers might not have watched this episode yet but trust me there are no surprises coming your way! If this ending came 10 episodes back or so it would have been more acceptable. Manal’s reaction in tonight’s episode was totally out of place because it looked like she had just found out about what had been going on behind her back. Numair and Rameen’s ending was just as we expected it to be. 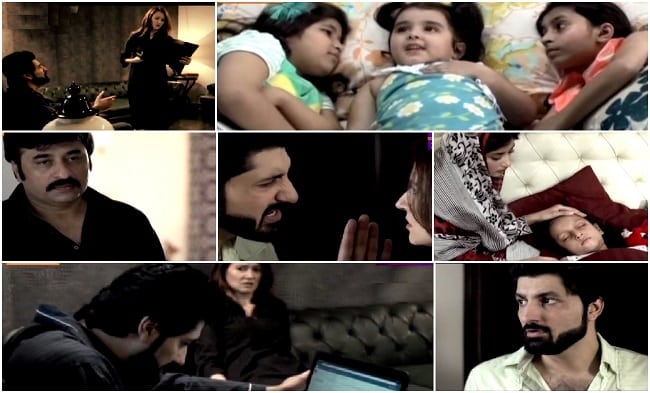 I have said this many times before but I feel the need to say this again, Chup Raho was a wasted opportunity. Any drama that deals with an issue as serious as rape can be of service to the viewers and victims out there in more ways than one. Most of us watch dramas for the sake of entertainment but when you watch a drama revolving around the story of a rape victim you most certainly do not watch it because you expect it to be a joy ride but you watch it in the hope that this drama will convey a strong message of some kind and will be much more than the narration of the ordeal of a rape victim and that too in circumstances which most often seem forced. Rameen’s character was ill-conceived right from the get-go. The way Rameen’s character was introduced in the first episode was confusing. It was almost as if Rameen was flirting with her brother-in-law although clearly that is not how it was meant to be shown. All through the drama there was more focus on abuse and the ill-treatment meted out to Rameen was used to take the story forward for the longest time.

The first few episodes were extremely rushed as if the director and the writer were desperate to get the viewers hooked to show. Once the viewers were watching the show on regular basis it became repetitive and senseless. Rameen was violated much before the viewers got an opportunity to understand her character, Numair’s character however was very well-etched-out right from the beginning. I always felt like the victim was used to get the public attention in a very wrong way. Rameen’s ordeal was stretched beyond end and the fact that there was absolutely no character development in the play right till the second last episode was absurd. Rameen had “fits of wisdom” when it came to giving advice to other people but when it came to making her own decisions she preferred Numair and Azar over Shiraz. 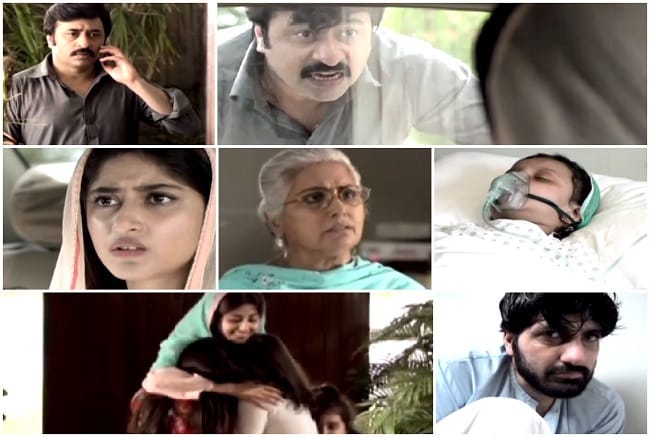 This drama failed to provide even a glimmer of hope to any unfortunate girls out there who are in the same position as Rameen. Rameen should have been a role-model for all such girls; someone who managed to start a new life all of her own (without a man). She could have been someone who put herself in a position where she could help other girls like her because she managed to survive something as horrific as rape and perpetual abuse. That would have been a much better way of showing that a rape victim too can have the courage to face the world and start afresh. The message that this drama gives out is that if a rape victim is naive and stupid for long enough someone will finally come and rescue her! When Rameen walked out of Numair’s house she had the opportunity to do something with her life but unfortunately that did not happen. This drama should have shown how wrong it was to objectify women but the way everything was presented, Rameen’s character was objectified to the extreme. The unnecessary physical contact between Rameen and all the male characters in the play including Shiraz was uncalled for in more ways than one. Rameen “allowed” Numair to touch her even after he had raped her even though she had the option to walk away. It was almost as if no male character in this play could talk to Rameen without touching her!

The drama lost focus to the point that there were times when I had to remind myself that this was a story of a rape victim! Some really good performances by Syed Jibran, Arjumand Rahim, Sajjal Ali and even Feroz Khan could not save the day.

I would like to thank all the wonderful readers out there who took time out to read the reviews every week. Watching Chup Raho and reviewing it was very taxing at times but the feedback from the viewers and our discussions here kept me going.

Don’t forget to share your thoughts about this last episode of Chup Raho and also about the drama as a whole. I will look forward to your input.

Watch all episodes of your favorite dramas in high quality on www.dramasonline.com