The Day Mawra Turned into a Meme!

I, like, God do not play with a dice and do not believe in coincidences but one such coincidence took place when Mahira-Ranbir controversy shared it’s timeline with Madam Noor Jehan’s 91st birthday and Mawra decided to celebrate it in her rather Mawra-ish way.

Here’s what Mawra tweeted that day.

Twitterati’s took it upon themselves to turn this into one of gold Pakistani-twitter memes.

So far so good right? Wrong. Things were blown out of proportion when Indian media linked this picture of Mawra paying tribute to a legend into a “Mahira-Ranbir controversy reaction” article.

If not memes than this article was enough to get a reaction from Mawra and hence she tweeted. 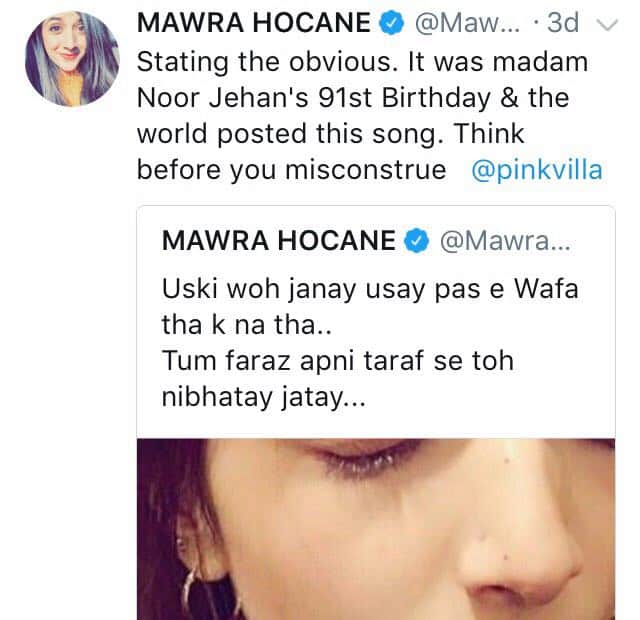 Whatever the truth of the matter might be but it was a good twitter day also becoming a meme is some serious goals material.