Just one word for the very first episode of Dayar-e-Dil & yes, you guessed it right, its amazinggggggg. I don’t know for how long I have waited for this drama to begin & now when it has hit our TV screens, I am so glad it has kick-started with a bang. Direction of Haseeb Hassan & Writing of Farhat Ishtiyaaq; Dayar-e-Dil has had a promising beginning on a very clear note. 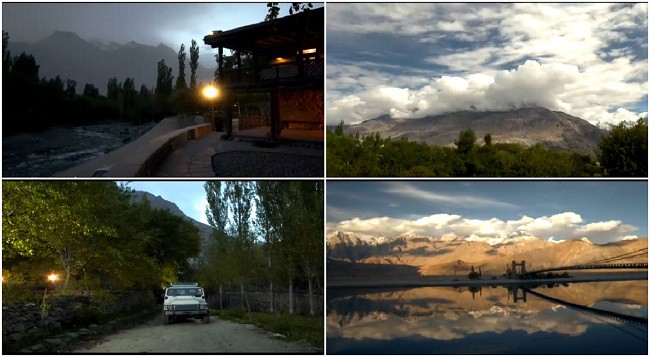 The story for now revolves around the family of Bakhtiyaar Khan (Abid Ali); a patriarch who has two sons Behroz Khan (Mikaal Zulfikaar) & Suhaib Khan (Ali Rehman). Bakhtiyaar Khan has gotten his eldest son Behroz engaged to his brother Bedaar Khan’s (Rasheed Naz) daughter Arjumand Bedaar Khan (Hareem Farooqi). Behroz is exactly like his father who doesn’t like to follow but likes to make his own rules whereas Suhaib being the youngest understands the specific boundaries his father has set for pretty much everything in their family & he doesn’t seem to mind following his father’s rules. I actually liked how effortlessly they gave us an insight into their characters right from the beginning & it actually helped us in forming a definitive opinion about all of them. As far as Behroz is concerned, I see him as a rigid eldest son of the family who doesn’t like being commanded whereas Suhaib being the youngest is quite flexible & has allowed himself to mould in such a way where he doesn’t want to question his father for all of his decisions. In comparison to Behroz, Suhaib understands the intricacy of every situation & he comes across as a very easy going & courteous person too. 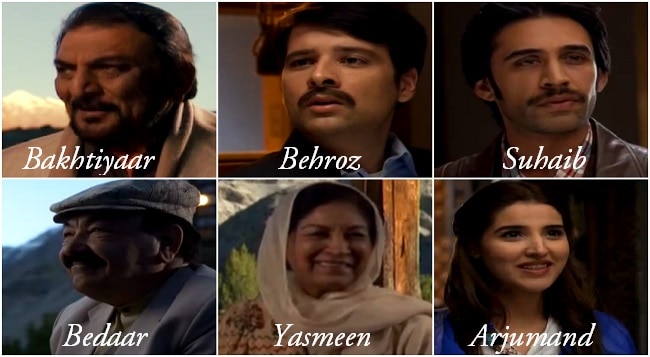 Arjumand is like your typical desi girl who is hopelessly in love with her fiancé of childhood. I liked her character in a way that she lives in a small bubble of her own where she believes that her life is enclosed within this home & she already has started taking care of it like her own as she knows this is what she is bound to do. Even though the drama has just begun but I already feel a lot for Arjumand as she doesn’t know that a dark cloud is about to overtake her life. Another interesting character that got introduced was of Laila Feroz Khan (Eshita) who happens to be a daughter of Bakhtiyaar’s friend Feroz. Suhaib & Laila instantly form a connection when they get to meet for the first time & I think their track will offer us a lot more in the episodes to come.

I actually liked all the conversations but the one that stood out for me was the conversation between Behroz & Suhaib where he tells him that he is already in love with someone & she is Ruhina Arsalan (Sanam Saeed). Suhaib obviously reacts like any rational person would because he not only understands what sort of harm this decision of his brother will cause to his family but he also knows what Behroz means to Arjumand as he has seen how much she actually wants to be with him. Suhaib tries to make his brother understand that this decision of his will take a toll on the whole family but Behroz seems to have made up his mind & he doesn’t want to turn back. Ruhina on the other hand also speaks to her brother (Behroz Sabzwari) about Behroz but he tries to point out all the differences between his & their family. Ruhina firmly believes that Behroz will get married to her as he has promised but her brother thinks the otherwise. Even though we didn’t get to know much about Ruhina’s character, I just couldn’t stop thinking how similar both Ruhina & Arjumand in many aspects were. They both are rooted, traditional & simple girls but the only difference is, Behroz loves Ruhina & Arjumand falls short on that account. Finally, Behroz musters up the courage to let Bakhtiyaar know about his decision of not marrying Arjumand but Bakhtiyaar brushes it off thinking it’s just an infatuation & it’s nothing to be bothered about. 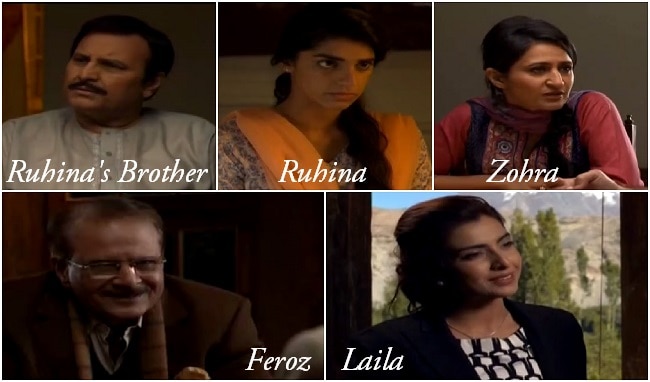 The preview of the next episode suggested a lot more drama & I can’t wait to see more. Even though the story for now seems pretty figure-able but I loved how they have executed it. The production value obviously is top-notch & so is the direction. The crisp quality & amazing camera work has done justice to all the beautiful locations & the mansion they have chosen for shooting. I love the casting of this project; Hareem Farooqi fits well in the character of a hopeless romantic & she actually was able to pull off that look of a girl who gets all excited seeing her fiancé in her surroundings. Mikaal Zulfikaar seems good in his serious role too but for now Ali Rehman actually stood out for me the most because he has not only changed his look to fit the character of a guy belonging to a tribal area but he has actually imitated the accent as well & that’s adds a lot more to his acting & gives it another dimension which is commendable. Eshita looks nice too but I feel I have seen her playing a role of an uptight & prim & proper girl before so she doesn’t offer anything different. Abid Ali is Abid Ali & his name says it all. I actually liked the OST too but I wish they had used the one which was played in the teasers; it actually matched the whole feel of the drama perfectly. So my verdict obviously is; so far so good. Please share your say on the very first episode of Dayar-e-Dil & let me know how eager you are to watch the next episode. :)

PS: I know the story of Dayar-e-Dil comes from a novel & a lot of the viewers/readers have read it already but I am sure there are many viewers like me who haven’t read the novel & are depending on the drama only to enjoy the whole experience so I actually request all of you guys (who have read the novel) to not post ANY sort of spoiler alerts because like the name suggests, it spoils the whole drama watching experience. I’m not in a hurry to know what’s going to happen ahead or in the end & I’d like to take what they’ll offer us slowly & steadily. Please remember Dayar-e-Dil reviews have a STRICT No-Spoiler-Alert Policy so I hope you guys will respect that. Au Revoir! ;)