Awww it was such a beautiful episode, it was more like a roller-coaster ride of bitter sweet moments & emotions because every single scene forced me to change what I was feeling for every character. I must say, this episode was an absolute treat to watch & it wasn’t only well directed, but was very very well written well because it showed two different situations & circumstances with a perfect balance.

Before saying anything, I must say the star of this episode for me was Agha Jaan. I don’t think I have enough words to praise Abid Ali for portraying the feelings & emotions of a father to perfection. Whether it was an exchange of glance between him & Suhaib at the mention of Laila’s name or it was a humble order yet stern reminder to Arjumand about who she was & what was expected from her, Agha Jaan showcased the shades his personality has with so much ease. His family members might think that what they feel is hidden from Agha Jaan but he exactly knows what’s transpiring in his home, which is why just when Suhaib & Laila made a journey together, he subliminally hinted about their proposal in front of Feroz & that is why he exactly knew why Laila didn’t show up for lunch because he keeps himself aware of what is happening around him. Just when Agha Jaan met Arjumand, I really felt he might sympathize with her or give her a chance to voice her frustrations out but he didn’t let that happen because for him, his verdict is everything & it should be followed no matter what. Instead of directly conversing with Arjumand, he first spoke to Yasmeen about how she should take care of the ‘bride-to-be’ as he knew this was exactly what he had to say to make Arjumand stop. I must say the scene where he was engrossed in his thoughts till he walks down to supervise the Nikkah of Suhaib & Arjumand was directed brilliantly. Agha Jaan actually showed what it feels like to be a defeated father because just when he was thinking what could’ve been if only Behroz hadn’t left, he gathered himself & faced the harsh reality that Behroz was never going to come back & has left for good. The transition from a hopeful father to the one who was hurt was portrayed by Abid Ali brilliantly & his minute expressions were a treat to watch. Agha Jaan might say that Behroz’s departure doesn’t bother him; he himself knows that his words don’t actually back his expressions. 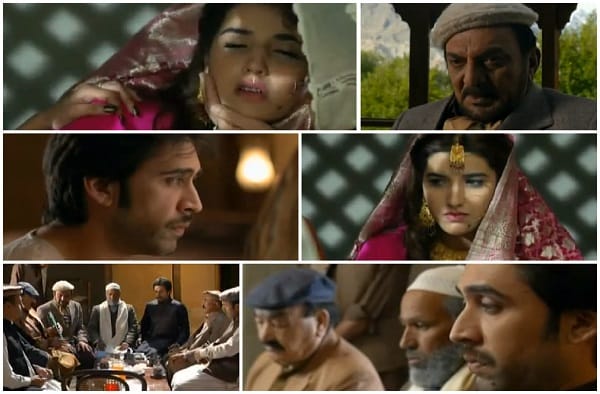 I felt a lot for Arjumand as well because even though Behroz’s rejection was hard on her, what’s harder was getting married to Suhaib because she feels nothing for him & has always thought of him as her fiancé’s younger brother & nothing else. It was sad that she didn’t even get the chance to absorb what has happened & was forced into marrying her cousin out of her will. The parting scene of Laila & Suhaib was done well too. Laila accepted the fate’s decision gracefully & without making it difficult for Suhaib, she decided to part with him on a good note because she already knew how hard this must’ve been for Suhaib as well, so she didn’t want to burden him more & like a true friend, she felt it was her duty to set him free from any such guilt he might feel in regards to her.

To be honest, I really don’t think Tajjamul needed to be so hard on Ruhina. Yes, she loves Behroz, Behroz loves her & they both made a decision of standing by each other but just because Tajjamul had some preconceived notions about Behroz, he didn’t look past them to see how sincere Behroz was. Being her elder brother Tajjamul should’ve understood that in the initial stages of her marital life, Ruhina would need his moral support but he cut ties with her on a baseless reason that just because she decided to get married to the person she loves, she won’t be entertained in his house anymore. To be honest, as much as I feel that Behroz wasn’t at fault for taking a stand for himself, what actually was happening back in his home made me dislike him because he knew that everyone will have to face the consequences. He made his journey without even thinking for a second that one single decision of his will ruin everyone’s life & this is exactly what happened. If I ignore what Agha Jaan, Suhaib & Arjumand are going through, I really feel Behroz didn’t make a mistake & he isn’t at fault but if I look at their suffering & if I see how heart-broken they all are, I really feel Behroz is guilty & this is what I loved about this episode that you really don’t feel a certain sort of emotion for any character, you actually get to ‘understand’ them & their situations which makes this drama a perfect package & a perfect journey in its own unique way. 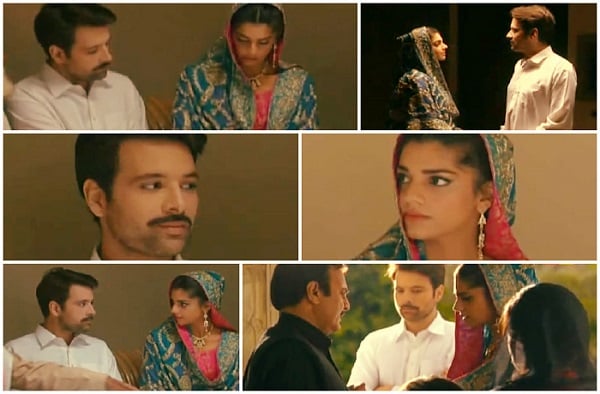 I must say the episode ended at such a sweet note where Behroz & Ruhina not only promised to stand by each other through thick & thin, they actually started putting things into perspective because they knew, it was now the time for them to actually prove themselves. The very first confessions Behroz made when he gets to be with Ruhina were very sweet & heart-warming. He wants nothing but the best for his wife & now when she is with him, he will make sure to reciprocate everything he can because Ruhina decided to be with him in the darkest period of his life & she deserves all the happiness.

So, this is it from my side. I must this drama is getting better & better by each passing episode & the exact same thing can be said about their acting too. I loved the way Hareem Farooq acted this time around as she was able to convey the feelings of Arjumand aptly. Ali Rehman portrayed the feelings of a heart-broken but submissive son perfectly too. Sanam Saeed has been effortless in her acting right from the beginning & so has been Mikaal Zulfikar but but but, Abid Ali takes the crown this time & for all the obvious & right reasons & oh I must say I love the way they use the song ‘yaar-e-man’ at a perfect timing, it really completes the scene every single time. The preview suggested that Arjumand will somehow accept Suhaib as her husband & will want more from this relation, I can’t wait to see how things’ll unfold between them & with Behroz’s return with Ruhina, I’m sure we’re going to be in for some more drama. Can’t wait already. :) Share your thoughts on this episode of Diyar-e-Dil please & let me know how much did you enjoy watching it. :)