Wow! This drama is such a mood uplifter. Even though the scenarios are quite serious, the way the story is being told makes it appeasing to watch. I love the pace of the show for sure. Without wasting time or stopping things to focus on a single situation, the way they take the story forward & show growth in every aspect of the drama is amazing.

I didn’t quite understand why Ruhina was so taken aback by finding pictures of Agha Jaan & Suhaib in Behroz’s diary? Even if he has left them for her doesn’t mean he is not allowed to miss them or have a time alone to think about them. They are his family after all. Ruhina’s life is complete where she has a loving husband, a support of his brother, a sister in law to talk to & now a baby to complete her as well. It would’ve looked more suitable if she had encouraged Behroz to talk about his family, so that he feels at ease. Ruhina did complain about how he never shared his thoughts & feelings with her but then did she ever give him an edge to do that? When she was not on talking terms with her brother, she knew what a dent it left in her life, so I find it a little odd seeing her not being able to connect & understand what Behroz was going through. 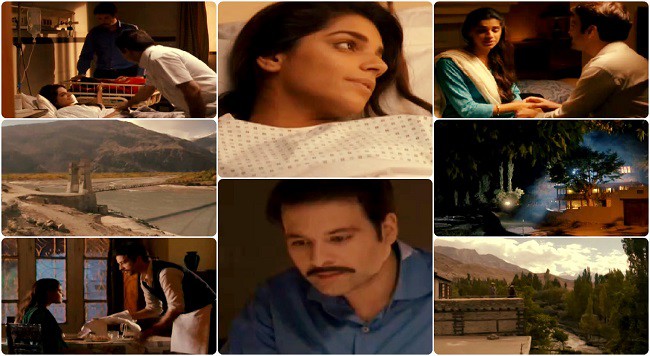 I loved loved loved seeing Arjumand happy. The glow on her face & the happiness that made her eyes sparkle was absolutely brilliant. It was actually very pleasing to see Arjumand’s transition where from being negative & unthankful, she became this satisfied & happy person who was in peace with how her life unfolded. I also loved seeing Suhaib & Arjumand happy with their little Wali in the frame. The things Suhaib said about how he wants the best environment filled with love, respect & most importantly a high regard for the family members for Wali redefined the sort of a person Suhaib is. He has always respected all his relations & this is exactly what he wants his son to do as well. Suhaib knows what it means to have a family & more than that he knows that all the relations demand respect & then only they can be nurtured, which is why he has accepted Arjumand because she now holds a very special place in his heart as he knows that if it wasn’t for her, he wouldn’t have gotten introduced to the best experience of life which is fatherhood.

Even though Behroz may be the best person for Ruhina & he may be very content with whom he is but the way he treated Suhaib & punished him for the things he isn’t responsible for, made me lose respect for him straight away. Behroz for sure has a lot of ego which is why he couldn’t subside the grudges he has harboured (which by the way were a result of his own selfishness) & just be happy about how Suhaib walked an extra mile for him. Behroz himself saw how Suhaib tried to stop everything that happened, how much he wanted to rectify the situation & how Suhaib has been trying to help him but just because Behroz is unable to see that, he blamed Suhaib & shed off all his frustrations on him. Behroz seemed like a helpless soul who couldn’t own his mistakes in front of Agha Jaan & now when he found a soft target who he knows loves him the most, he ended up saying wrong things to a wrong person. It seemed as if Behroz was kind of unhappy with how Suhaib has earned Agha Jaan’s support & that is why he wanted to get away from him because Suhaib reminded him of what Behroz couldn’t become for Agha Jaan & in stead of being disappointed at himself, he treated Suhaib badly because of his own insecurities & a reality check that he got after becoming a father & after seeing how responsible his younger brother has become. As far as his own life is concerend, Behroz has proved to be a good human being where he does everything to make his wife happy & he is taking charge of all the situations in his life but when it comes to his family, I think he made it clear for the very first time that he was & he is wrong & because of this, the character of Behroz is my least favorite for sure. 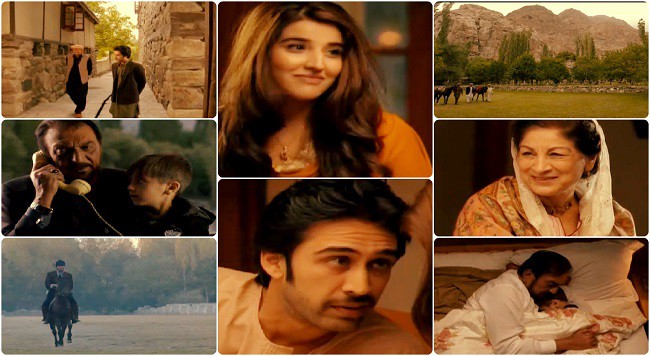 I was actually quite excited to see the meeting of Suhaib & Behroz but what transpired was totally unpredictable & that is the beauty of this script. Even though the story on the whole may seem predictable, the way the characters deal with the situation is totally opposite to what we’re expecting at that point of time, which makes this drama look a lot more engaging & actually makes us look forward to it. It was sad to see Behroz not understanding Agha Jaan’s words about what he will feel & go through when he himself will become a father. Now when Behroz himself has stepped into the similar phase of parenthood, I really thought it would be easy for him to understand what Agha Jaan went through when he let him down. I really thought he will repent & try to make things right but just because his life is shaping up well without the support of his father & brother, he really thinks he is going to be fine without them & that makes him look like someone who’s living in a fool’s paradise.

So, this is it from my side. I enjoyed watching this episode like always. Loved the direction & I must say the director has done an amazing job in keeping the acting of all the actors so natural & real because he for sure knows how to make people give their best shot when it comes to acting. The people responsible for styling of the whole cast have done a superb job too. The way their looks change time to time is commendable & I must say I loved the elegance & the makeover of Yasmeen in this episode in particular. She really looked happy seeing her daughter happy & it was so aptly elaborated with her outlook. Ali Rehman has been the star of the show till now. He has done an amazing job & earns full points for giving his best to bring the character of Suhaib to life. To be honest, with the kids overdose in so many dramas these days, I was dreading seeing 7-9 year old Wali & Farah & their pakkay dialogues but I am soooo glad we won’t get to see any of that because the next episode will show a passage of considerable years & for that I am thankful. Share your thoughts about this episode of Diyar-e-Dil & let me know how special it was? :)