Drama Of The Week- Neeyat 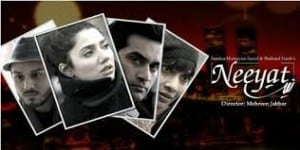 Oh, Dear! Clearly, all that glitters is not gold! I had no idea what I was getting myself into when I decided to take up Neeyat (intentions) for the Drama Of The Week segment but believe me when I say this, meri neeyat bilkul saaf thi.

Marriage- a quick-fix or a trap?

Set in New York, Neeyat is the story of a Pakistani citizen Sikander, living and working on a temporary visa. He has been dating Aaila- a student at Columbia University pursuing her Masters Degree. Aaila belongs to a very strong political family back in Pakistan but maintains limited contact with them. Ismaeel happens to be a close friend of hers- a photographer by profession, he thinks he can win her over even though he is aware of her relationship with Sikander. Upset over finding out Sikander is made redundant and faced with the possibility of him moving back of Pakistan, she proposes he marries an American Citizen- a contract marriage that will allow him to remain in the country. Sikander retaliates explaining it may result in legal complications but Aaila is adamant and finally convinces him. It so happens that she runs into Mariam- an American Citizen of Pakistani origin who works as a part-time waitress and is a struggling actor barely making ends meet. The proposition of having a place to live and money in exchange for a contract marriage seems like a lottery win for Mariam and she immediately agrees to it. However, once the marriage takes place, Mariam starts wanting more- she becomes attuned to living a comfortable, stable life with a man she starts developing feelings for. Slowly but steadily, she manages to sow the seeds of discord between Aaila and Sikander and eventually succeeds is drawing them apart. 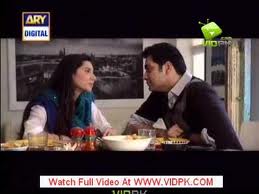 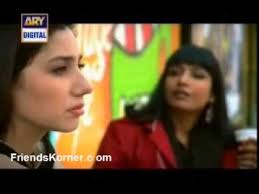 What better way to get over a break-up than a rebound?

Devastated by her break-up with Sikki, Aaila finds comfort with Ismaeel. The two of them continue growing closer until Ismaeel finally proposes. Aaila is initially hesitant but gives in thinking she must move on as Sikki has too. Sikander, trying his best to keep his sanity intact while balancing his life, runs into Aaila and is shocked to know that she is engaged. In a moment of unreconciled thoughts, he proposes to Mariam and asks her to be his wife- for real this time. Ecstatic at the thought of having her dreams turn into a reality she agrees. Aaila is confused after her meeting with Sikki and decides to pursue him but is once again shattered after finding out he has married Mariam. Ismaeel struggles for attention and it is later revealed that he was suffering from some sort of mental disorder and will require treatment.

Alls well that ends well- or is it?

Mariam, who is being blackmailed by her ex-fiance realizes that she can’t keep up trying to conceal her past from Sikki and makes him suspicious. Sikki feels trapped in his marriage and regrets his rash decision but sees no way out either. Aaila isolates him further because she is too broken to take a chance with him again. After a series of misunderstandings, Mariam finally realizes that she can never be truly happy until she stops lying to herself. She decides to leave Sikki and give him his life back and Aaila finally comes around and agrees to start afresh with Sikki looking forward to a better tomorrow. 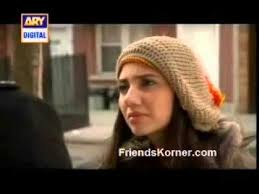 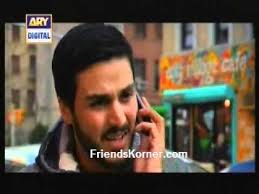 To be honest, I tuned in purely for Mehreen Jabbar- her dramas are usually a visual delight and leave a mark. Here, the visual aspect was spot-on but everything else didn’t quite fall into place. The production values were impressive and I was initially fooled into thinking Momina Duraid was behind this project. The story was something that had great potential to connect with a lot of overseas Pakistanis but somehow failed to strike a chord. Mahira was a newcomer and she stood out due to her innocence and charming face- unfortunately her acting left much to be desired. Humayoun looked way too old and sick(i) opposite Mahira and seemed bored for the most part. I liked Ahsan Khan in this role- even though he was the hopeless romantic, I liked his performance. Deepti Gupta did well for her part and her desperation seemed very real. The drama started off with plenty of zeal but soon afterward, everything fell apart. The story didn’t hold enough appeal and seemed to drag on endlessly. I can’t help but wonder how this would have turned out had they opted for different actors especially the lead pair. The soundtrack was worth a mention- it was sweet and melodious and thankfully not too loud. There’s only so much of Sajjaad Ali I can take! You can listen to it here: