ARY Digital, with some powerful projects been lined up already, is ruling the Saturdays now with its new drama serial ‘Shakk’ and following its known strategy of cashing a decent star cast in all hit dramas, a new venture is all set to entertain the ARY Digital followers. Pyaray Afzal is a new drama serial which will soon be going on air on ARY Digital starring Ayeza Khan and Hamza Ali Abbasi in lead roles. The cast also includes Sana Javed, Saba Hameed, Shehryar Zaidi, Firdous Jamal and celebrities audience really love to watch. Hamza Ali Abbasi who is known for his direction and acting, both, is at the verge of his popularity these days. He was seen in the movie Main hoon Shahid Afridi in the role of  a Pathan and recently he got further fame for his record-breaking movie Waar where he plays a role of a devoted soldier. 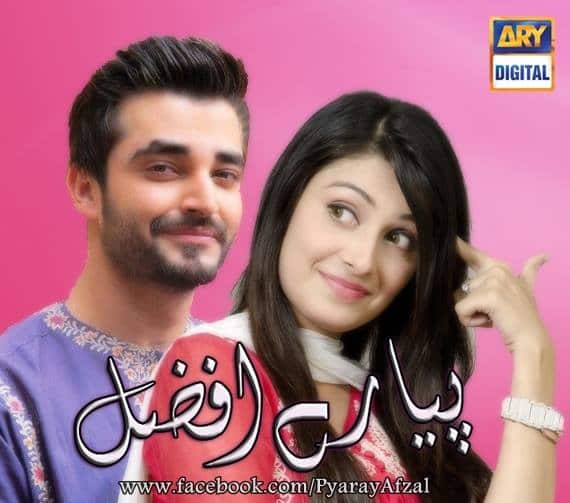 Despite of the fact that Hamza is really good looking, his acting is also a strong reason behind his success. The drama Pyaray Afzal is directed by Nadeem Baig, while the production is done by  Khalil-ur-Rehman Qamar.

This Romantic comedy is one of the most eye-catching ventures audience is waiting for.

We wish the team a very good luck.