Tonight’s episode was Ehd-e-Wafa wasn’t as intense as last week’s episode. It was an entertaining episode with a few important developments. It was good to see Faraz after weeks of disappearance in tonight’s episode. Ehd-e-Wafa is a mix of emotions, social messages and mostly light entertainment. It is turning out to be an interesting play. I hope that the writer will be able to do justice to all the tracks since there are so many of them. Raani and Shahzain’s scenes tonight could have been chopped down. Rest of the tracks are definitely more meaningful. The most interesting element of Ehd-e-Wafa has been that in every episode we see a different side of Saad’s character. Shahzain too keeps you guessing. Saad’s character is somewhat complex and is quite like some of the other characters Ahad Raza Mir has played recently. Ahad Raza Mir has done justice to all the different shades of his character which makes it easier to connect to his happy and sad times. Saad’s scenes at the PMA were the highlight of this episode thanks to the director and all the actors involved. These scenes are always emotional and entertaining.

Saad’s scene at the academy once again showed how he was helping others around him and in the process he was building relationships. While things with his college friend Shahzain were not sorted in the previous episode, he seems to be doing great when it comes to helping his friends at the PMA. Once again his scenes at the academy clearly showed that he wasn’t just a positive influence on others around him but also went out of his way to ensure that whatever he did was in line with the teachings of the academy. This episode focused completely on Saad’s friends at the PMA, the training and that one scene with his father. That conversation Saad had with his father was sweet as usual but it made me wonder if something tragic was in store – I really hope not! 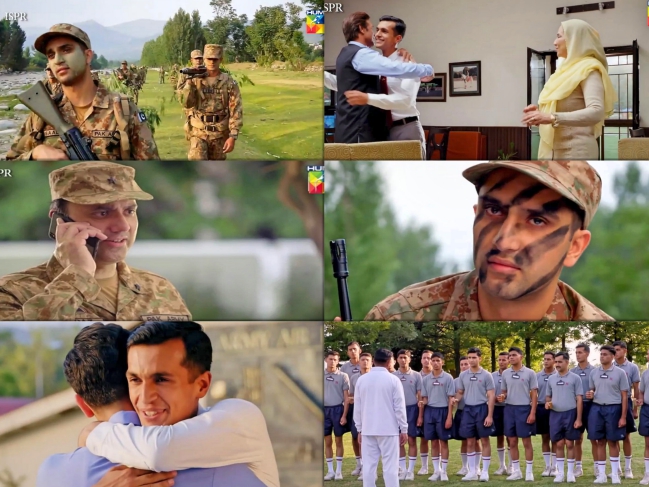 Gulzar’s energetic presence yet again made him the centre of attention. Adnan Samad Khan’s organic performance makes his scenes an absolute treat to watch. He brings out the best in his character. All the other boys at the academy were equally convincing in this episode. Saad’s new friend and his relationship with Saad was heart warming as well. The role the seniors played in bringing this family together came as a complete surprise but this was another aspect of the kind of intervention which goes on in the PMA which most of us were quite unaware of. This entire track had a happy ending and that is how Saad won yet another friend who knows he can depend on him. Exceptional performances by all the actors involved made these scenes few of the best in this episode. Ahad Raza Mir’s expressions in all the scenes were priceless. He also shares great on-screen chemistry with all his co-actors. His expressions when he was talking to Faraz were exceptional – spontaneous and on point.

This was yet another episode of Ehd-e-Wafa which opened with Raani and Shahzain’s scenes. Raani made a plan which eventually worked in her favor. She might not be a good student but otherwise she is a really smart young lady who knows how to get her way. Zara Noor Abbas gave another brilliant performance tonight but Osman Khalid Butt was as stiff as ever! Raani’s scenes add color and fun to each episode. Some of her dialogues tonight were hilarious but this track was once again given more screen time than necessary. It would have been good if Shariq’s family was shown instead since that particular track was extremely powerful last week. 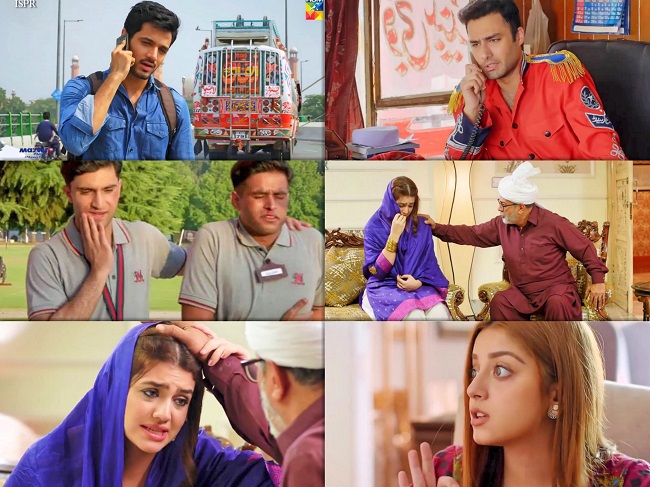 Shariq and Shehryar’s conversation showed how fed up Shehryar was of the fight between Saad and Shahzain. While Shariq has just found out about this, Shehryar already knew about it and had also talked to Shahzain earlier. I missed watching Shehryar and Masooma’s scenes tonight.

Dua’s track was covered in a single scene which suggested that Dua’s parents were hiding something from her. Is she adopted? It certainly seemed like it was something more serious than a bachpan ki mangni.

Tonight’s episode of Ehd-e-Wafa was interesting overall. The preview of the next episode suggested that Shahzain will show his dark side yet again – definitely not something I am looking forward to. This time around Shehryar will tell Shahzain off – still wondering where this track is headed!