My initial reactions – is it a 6th September special? Is it a telefilm or is it a movie?! Oh wow! It is a serial!! Yes! Because this time around HUM did not promote a drama with a star cast the way it usually does, the reason being that Ehd-e-Wafa isn’t just an MD productions project but after a long time ISPR has co-produced a television play. After watching the refreshing promos of Ehd-e-Wafa all the viewers out there who have watched Sunehery Din and Alpha Bravo Charlie must have been reminded of the time when dramas focused on much more than marital abuse, jealousy and extra marital affairs. 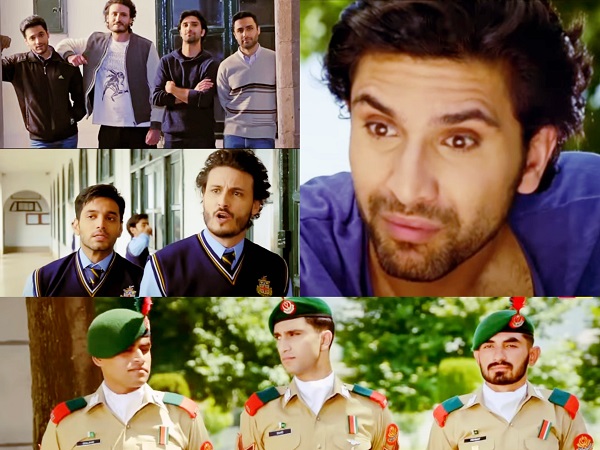 Usually when a drama like Ehd-e-Wafa is in the pipeline, the production houses and the cast members start promoting the drama sometimes years before it goes on air – Alif and Aangan are recent examples of such hyped up promotions. This time around, the viewers were introduced to Ehd-e-Wafa for the first time through the promos which is definitely the reason why the first impressions and the overall excitement is far more than that of a drama which you see too much of on social media even before it goes on air. It also goes to show that the makers of the drama are quiet certain that their final product is enough to grab the attention of the viewers. There was news that a drama like Alpha Bravo Charlie was in the pipeline but even now we have not seen the team of the drama going all out to promote it, I hope that it stays this way so that we can all watch the drama, make our own interpretations and enjoy the journey.

I have to admit that after Aangan, I have a difficult time getting too excited about any drama at all but Ehd-e-Wafa is definitely an exception since its main attraction isn’t the star cast but the subject of the play, its storyline. It has been well established in the recent past that even a good writer like Mustafa Afridi can mess up and a star cast most certainly does not guarantee a drama which will entertain and entice. Saife Hassan is an ace director who knows his craft too well therefore I am glad, he is the captain of this ship. A fresh pairing is always welcome as well, Sajal and Ahad are the most sought after on-screen couple but it is good to see that the makers of this drama want people to enjoy the bond of friendship and the journey of these friends instead of focusing wholly on a love story.

The viewers can already relate to the quirkiness of these 4 gang members played by Ahad Raza Mir, Ahmed Ali Akbar, Wahaj Ali and Osman Khalid Butt. The promos also guarantee that Ehd-e-Wafa will be beautifully shot, from the locations to the overall setting of each scene, everything looks perfect so far.

The jokes in the promos are crisp and relevant – the ‘how is the tea, fantastic sir.” – being my favorite from the promos. “kuttay bano insan na bano.”  is another joke which is quite amusing. The humorous element of an otherwise emotional series is the main attraction of all ISPR productions which keeps these dramas from becoming too serious and makes the characters and their journeys even more relatable. The one liners with the promos like “Join the arduous journey of soldiers who defeat their enemies and indulge them with the “fantastic cup of tea” have ISPR written all over them. These witty one liners and the scenes covering the journey of Ahad’s character in particular show that Ehd-e-Wafa is going to be an entertaining journey.

just what the doctor ordered

So far, the promos have focused on the ‘gang’, showing their journey from college to the academy. Ahad Raza Mir’s scenes and character in the 3 promos which have been released has been more prominent than others. His look for the academy and his love life has been covered in these 3 promos. The first promo focused more on Osman Khalid Butt as the leader of the gang. Osman Khalid Butt asked media to give equal credit to all the Ehd-e-Wafa boys but the 2nd and 3rd promos clearly focus more on Ahad Raza Mir who looks ideal for the role. I am pretty sure all the actors playing the leading roles will do wonders but we clearly haven’t seen enough of all of them in the promos yet. The promos also suggest that just like other ISPR projects, some new faces perhaps from the armed forces will also be seen in the drama. 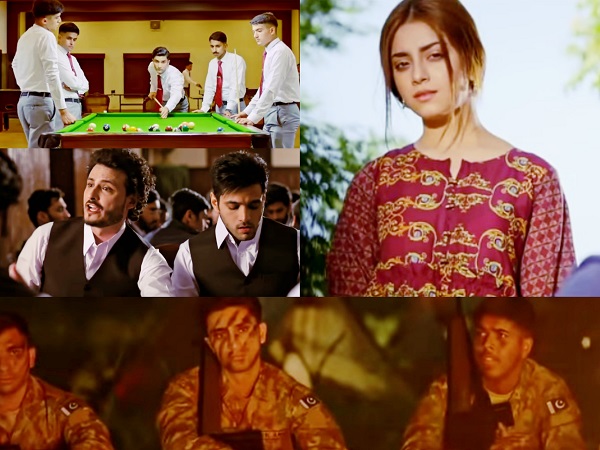 It isn’t very often that the promos of a drama win you over completely. I must say that I can’t wait to tune into Ehd-e-Wafa and I am hoping that the serial itself will be just as impressive as the promos.

How many of you are just as excited about this drama as I am? What did you like the most about the promos? Do share your thoughts in the comments section.