Fahad Mustafa is the biggest cricket fan as well as a great batsman apart from being a phenomenal actor and host. We often hear about his great batting skills from Showbiz stars who play for their cricket team of celebrities , and probably that is the reason he is the fan of our cricket superstars as he has replied into the post of Ahmad Shehzad that

On which Ahmad Shehzad has retweeted his comment along with the reply
Jab Pakistan team Ko meri zaroorat hogi Brother!!
I’m making sure that I improve my game every single day & I’m on it.
Prayers are always welcome😊 ” 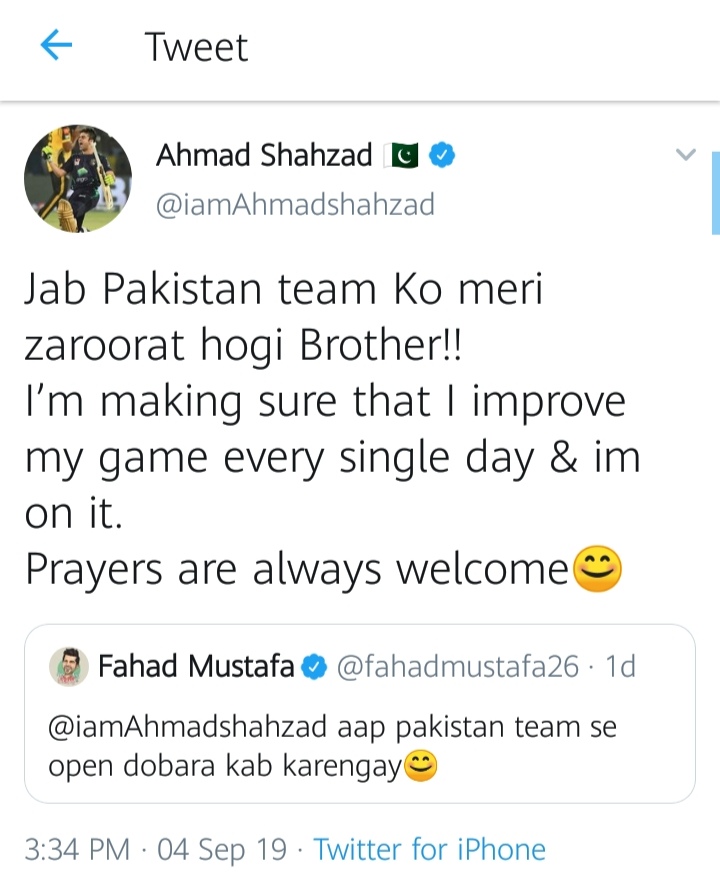 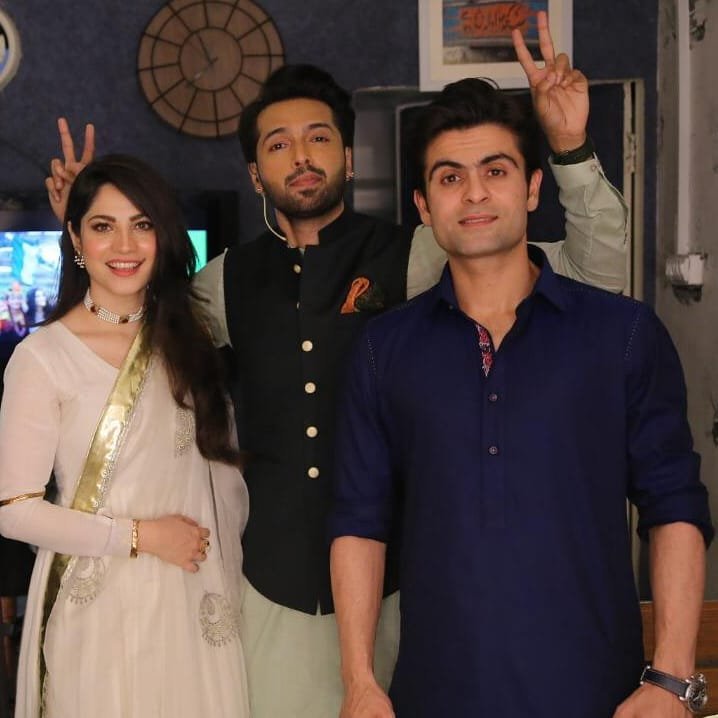 Well, we all know that Ahmad Shehzad has not been part of the cricket team for quite some time now, and we want him to play and also his fan has asked him to play the cricket. He has said that whenever I will get chance I will be proving myself which is a great thing. It seems that now cricket is going to get better in future and we wish our batsmen to be back and play under the coaching of Misbah Ul Haq . 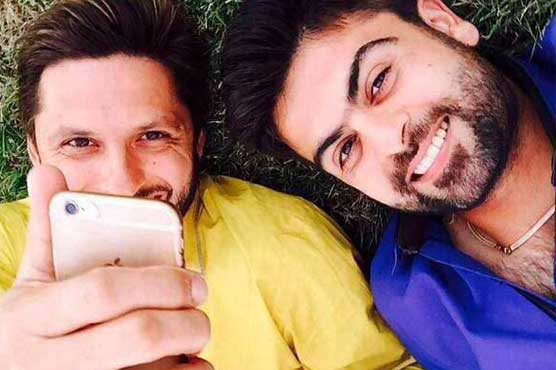