Hamza Ali Abbasi is grieved over the judicial system and he is demanding justice for Salahuddin the poor and mentally unstable man who was guilty of breaking the Atm machine, his theft was to break a machine and to wander from one city to another. He couldn’t communicate like a normal person. He was investigated in a heinous way and brought to death.

He was mentally challenged but seemingly physically ok and Punjab Police’s cited reason for the death of natural causes seems like NON SENSE! Any suspensions in Punjab Police? Anyone arrested from within the police? Ya Phir bass aik a khatam honey wali INQUIRY?

He is right that all the rich people are enjoying the luxurious jails and having a desired lifestyle there and him, being a poor helpless and mentally unstable man wasn’t cared for by, and was brutally interrogated and brought to death. How shameful is that ? how a country and nation can grow this way.

He said that he was mentally challenged but was physically alright and it is the police who has beaten him to death. He is asking is this just an inquiry or are we going to see the justice this time ?

We pray that the culprits of Salahuddin are brought to justice as soon as possible. 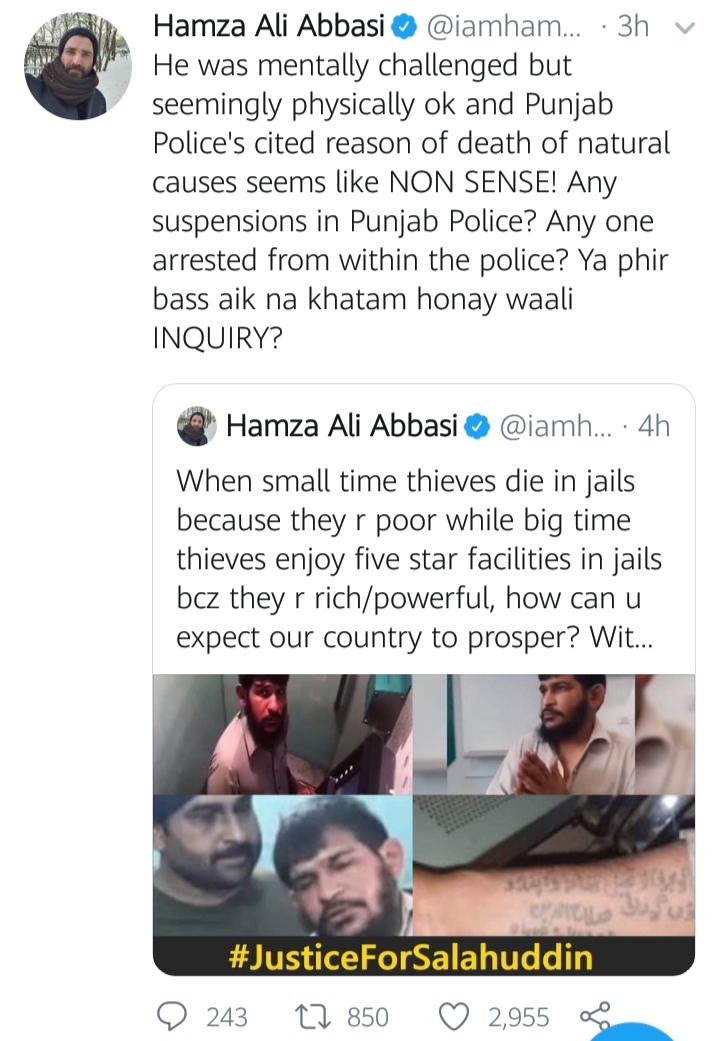 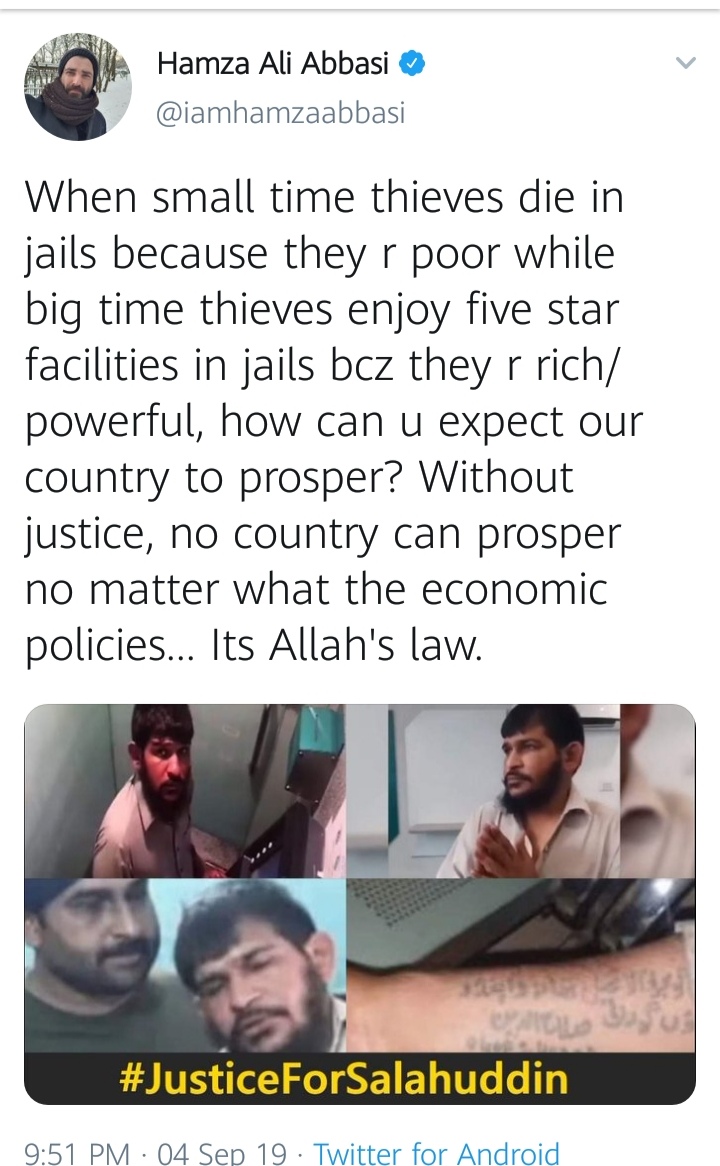 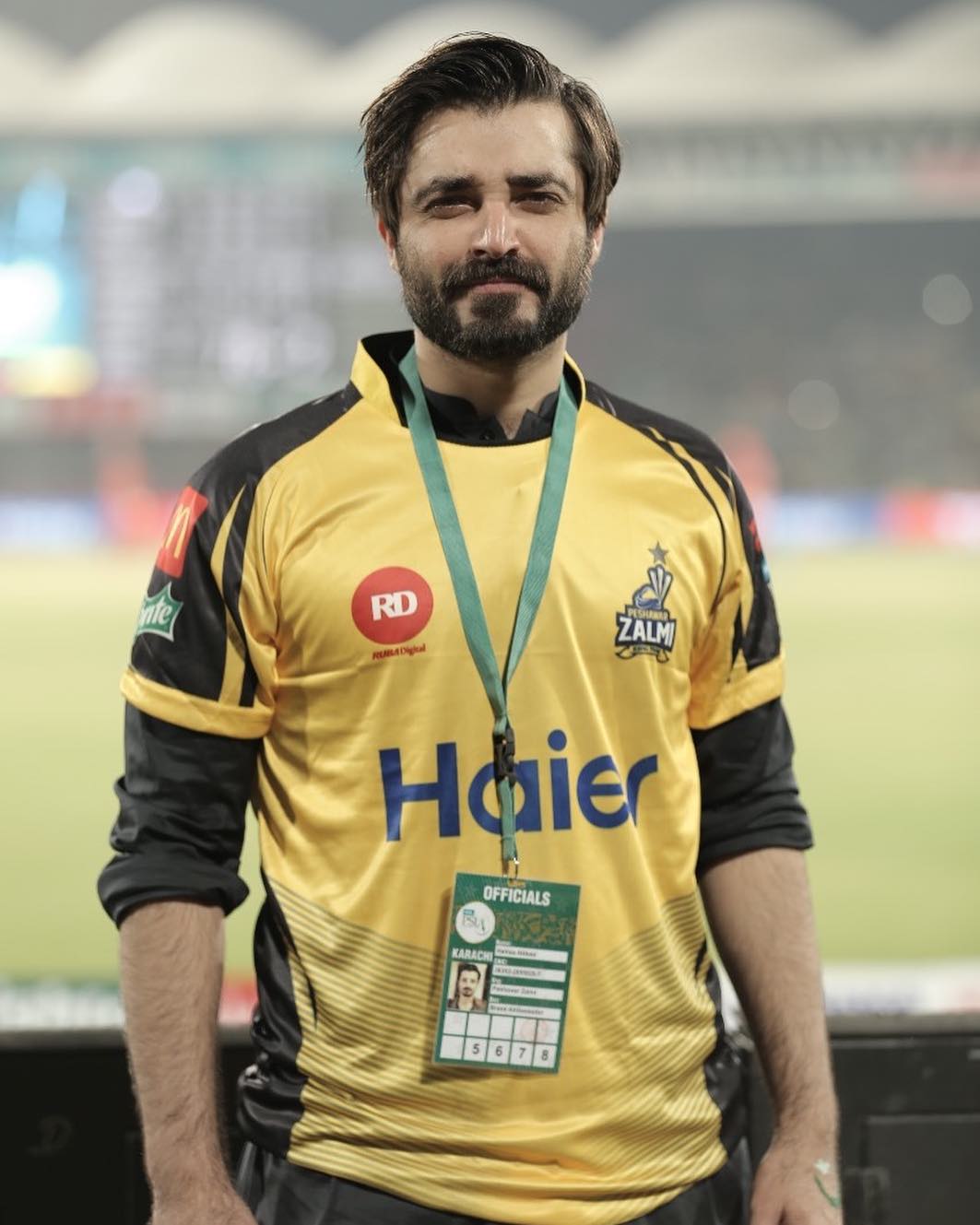