Entertaining Telefilms To Watch Out This Eid Ul Azha

Eid is most awaited and most anticipated religious festival of Muslims when everyone wants to spend some quality time with family and friends but the pandemic situation has lessened the recreational choices for people. Previously, the cinemas used to offer some great entertainment content in the form of feature films but now it is almost impossible to go to cinemas that’s the reason why the channels have made extra efforts to provide audience with quality content. There are a lot of telefilms that are coming this Eid-ul-Azha. Let’s have a look at the details of all the telefilms .

Aagha Ali and Hina Altaf starrer telefilm Shadi Hai Impossible is an Ary digital production which is written by Misbah Ali Syed and directed by Muhammad Iftikhar Iffi, viewers will be excited to see the on-screen chemistry of Aagha and Hina. It also features legendary actresses Maria Wasti and Saba Faisal. 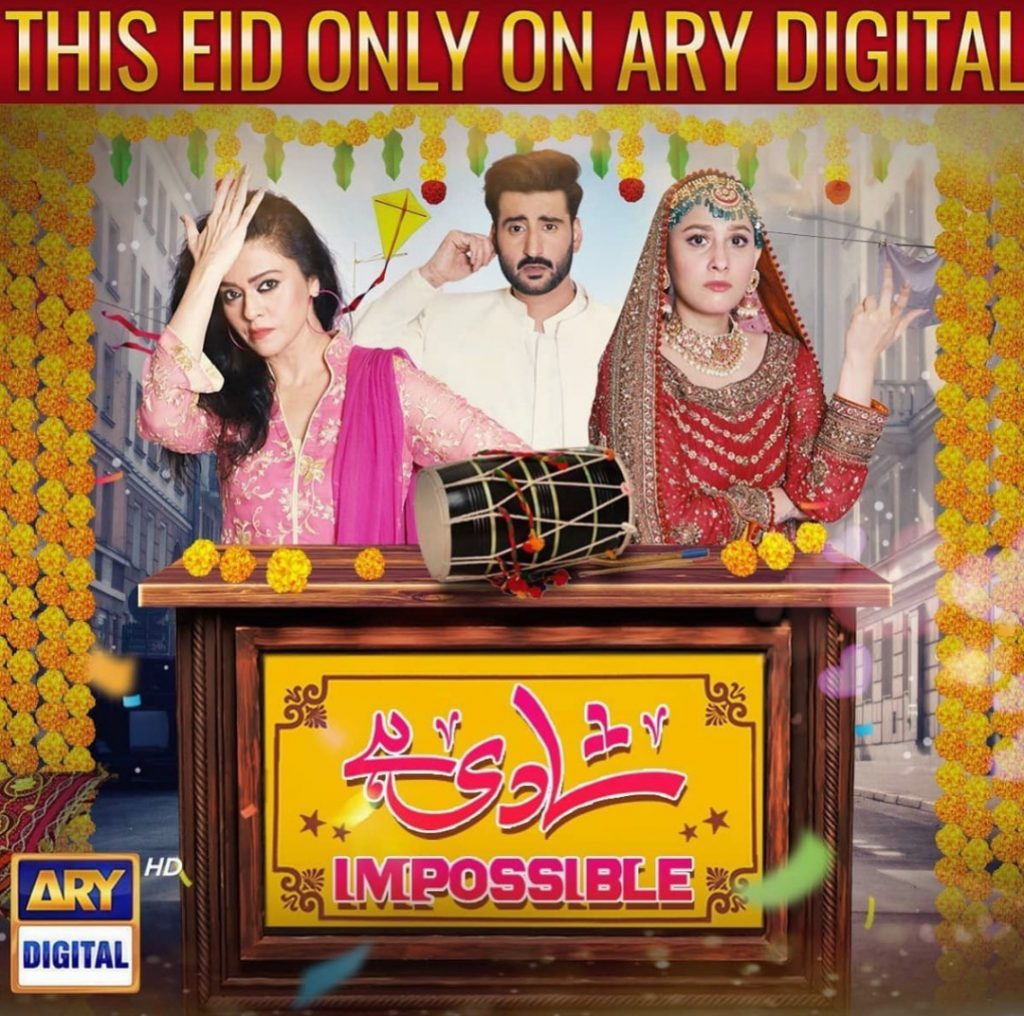 The telefilm Uff Yeh Biwiaan was telecasted on Eid ul Fitr and was appreciated a lot by audience, the makers then came up with its second season on Eid Ul Azha , it stars distinguished host Nida Yasir with husband Yasir Nawaz. The cast also includes Shaista Lodhi, Shaiba Rambo and many other talented stars. It is an Ary DigitalProduction which is written by Misbah Ali Syed and directed by Kashif Saleem. 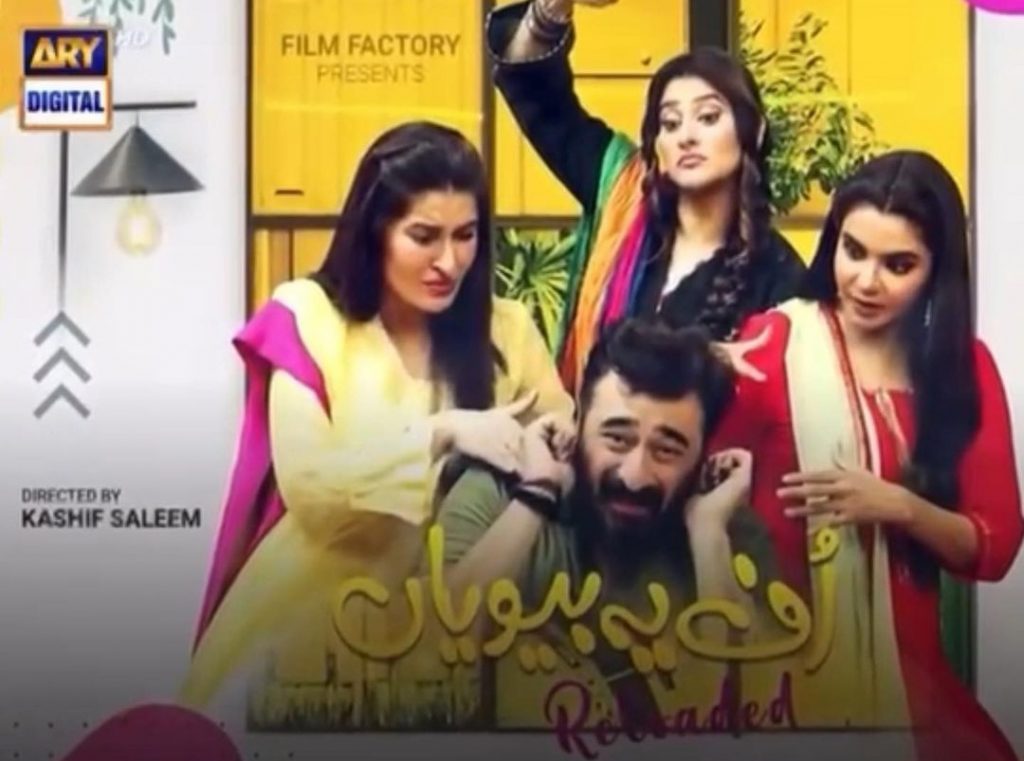 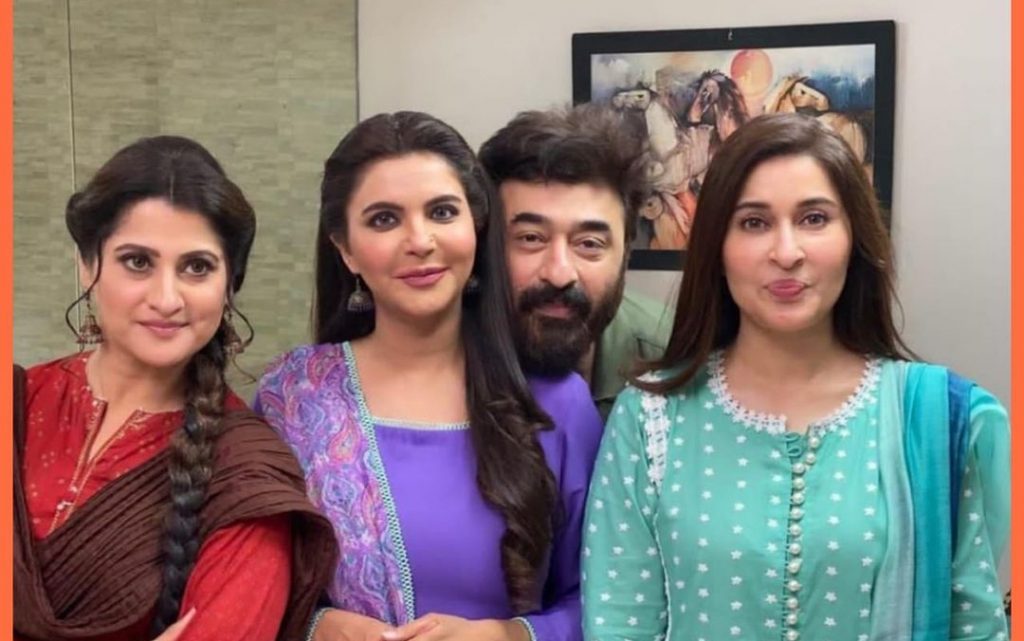 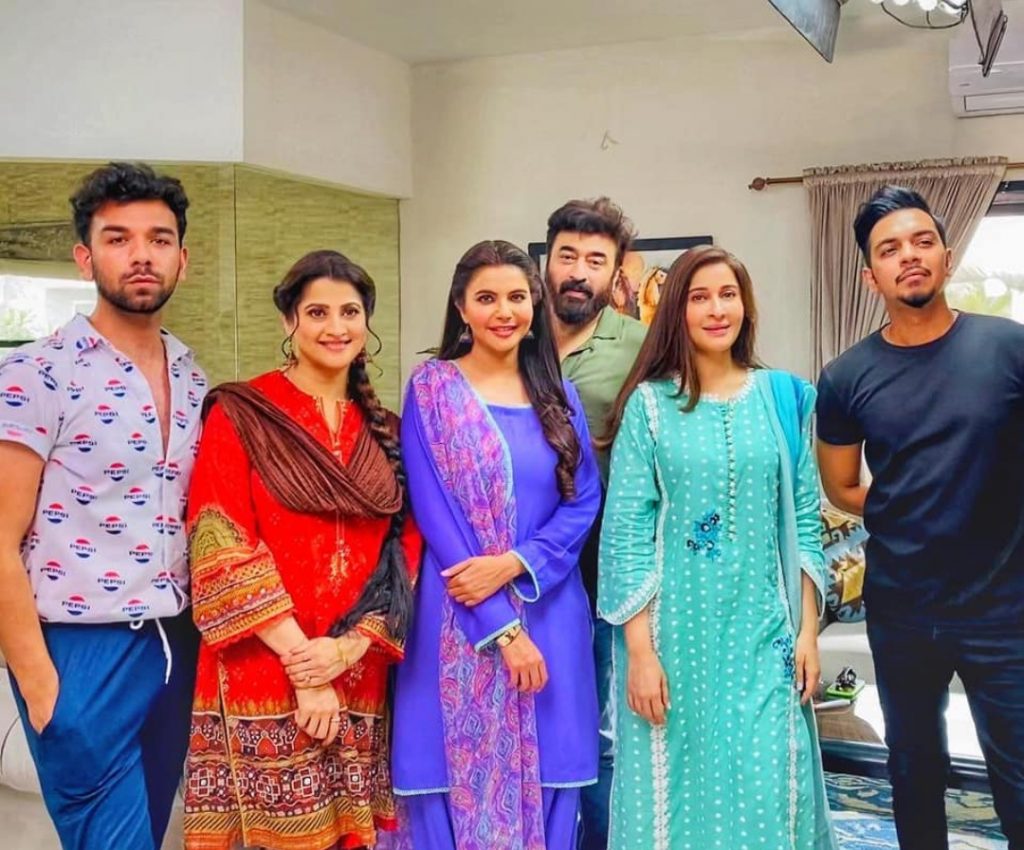 Mahnoor Baloch, Aijaz Aslam, Faysal Quaishi and Hina Dilpazeer will be starring in the telefilm ‘Ghann Chakkar’. Mahnoor will be seen on television after a long time. It will be amusing to see both Aijaz and Faysal with beautiful Mahnoor Baloch. The film is written by Misbah Syed and directed by Mohammed Iftikhar Iffi . 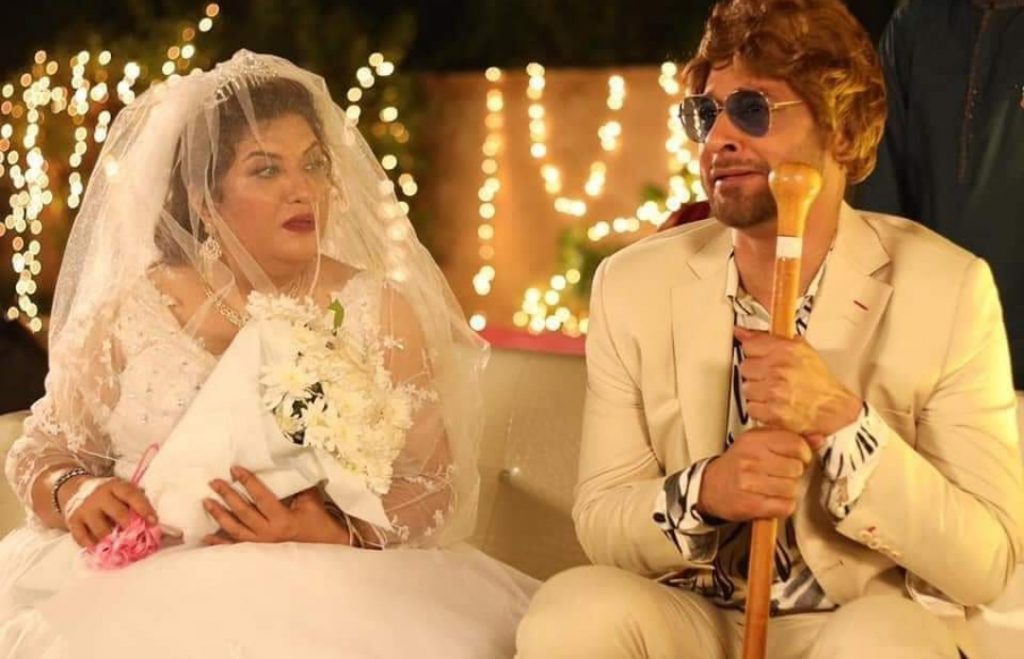 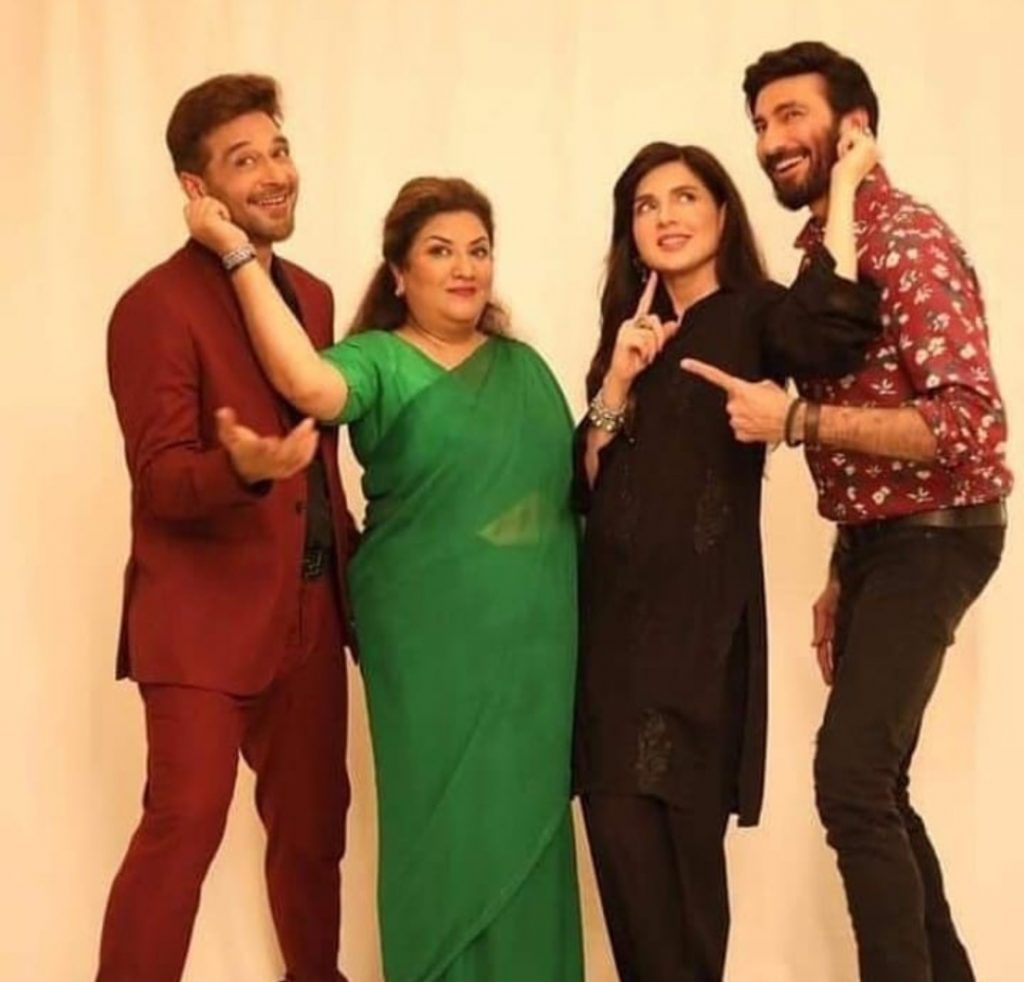 The telefilm includes Muneeb Butt and Hiba Bukhari who will be seen together for the first time. Hiba said that this Telefilm can be seen with family and her character is very different from previous characters . Veteran actors Rubina Ashraf and Wasim Abbas will also be seen in key roles. The telefilm is written by Saba Hassan and it is TNI productions. 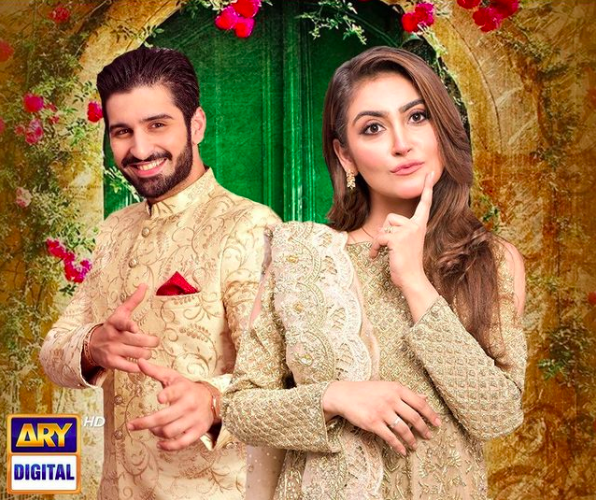 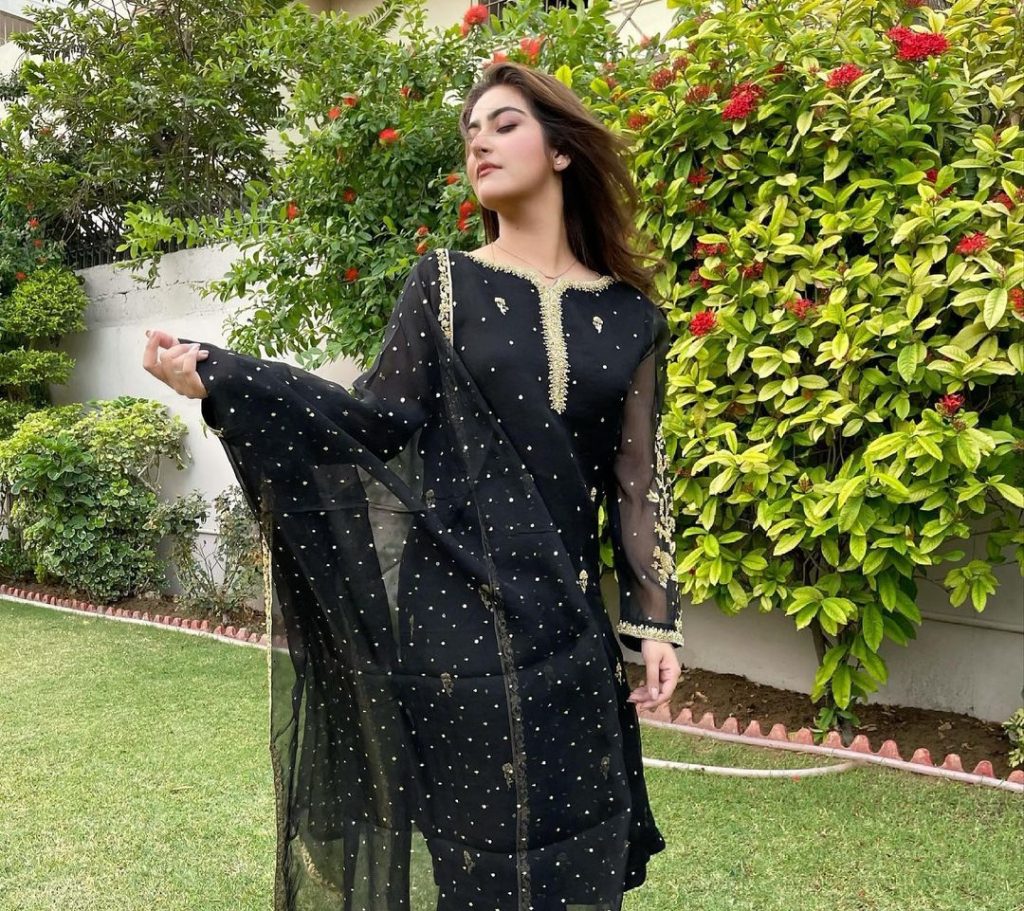 The new on screen couple Shahroz Sabzwari and Saboor Aly will be seen in the comedy telefilm and amuse fans with their chemistry. It will also feature Ayaz Samoo. It is a big bang entertainment presentation which is directed by Fajr Raza. Cast also includes Irfan Moti Wala. The Telefilm has built a hype on social media after the BTS pictures went viral on Instagram. 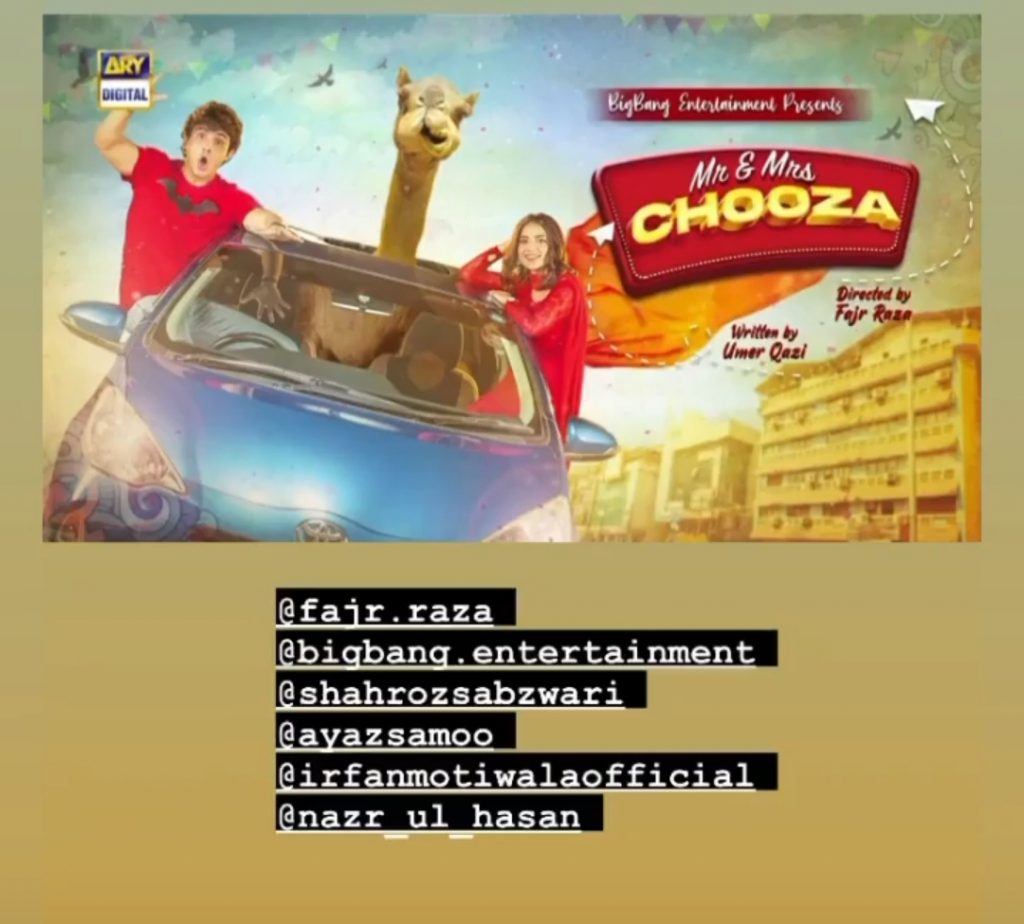 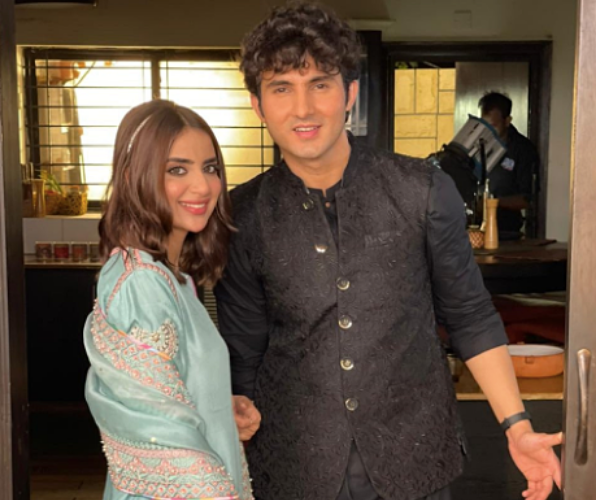 The telefilm Pyar Main Blind will star Shahzad Sheikh along with Kinza Hashmi, Noor ul Hasan and Ahmed Hassan. The shooting of the telefilm is still underway and further details are awaited. 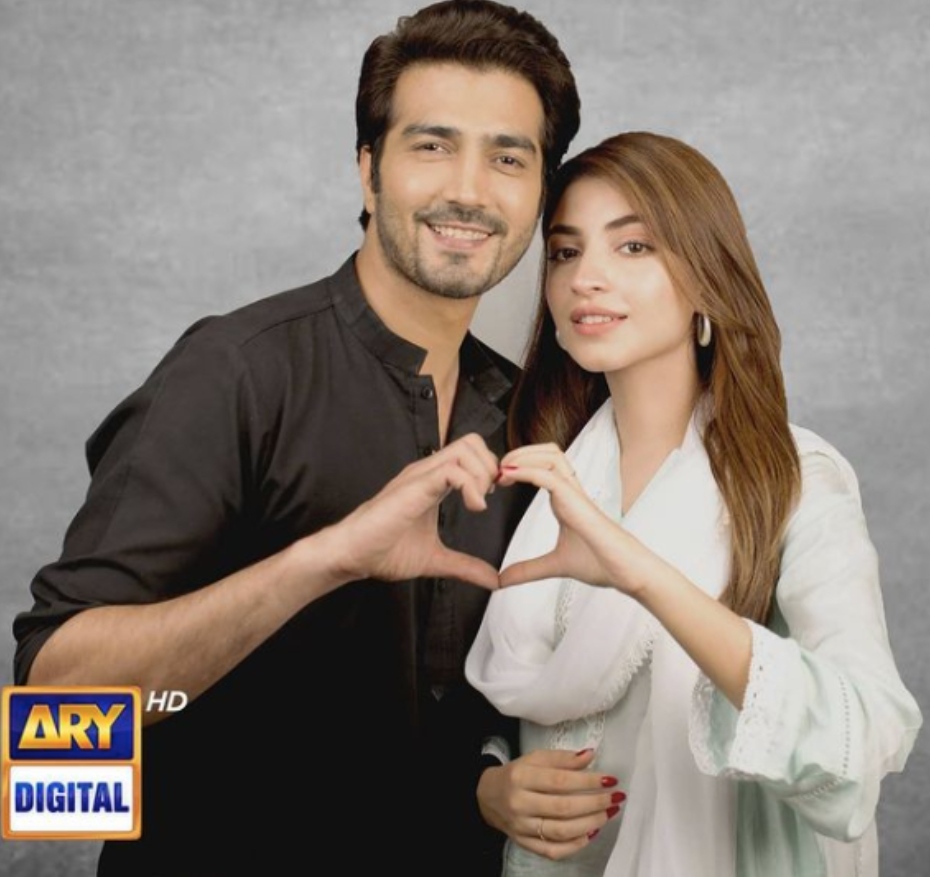 The telefilm has been Written by Vasay Chaudhry and directed by Mussadiq Malek, ‘Absolutely Knot’ is a family comedy telecom which is featuring Vasay Chaudhry himself , it also features Kubra Khan, Hina Bayat, Saba Faisal. 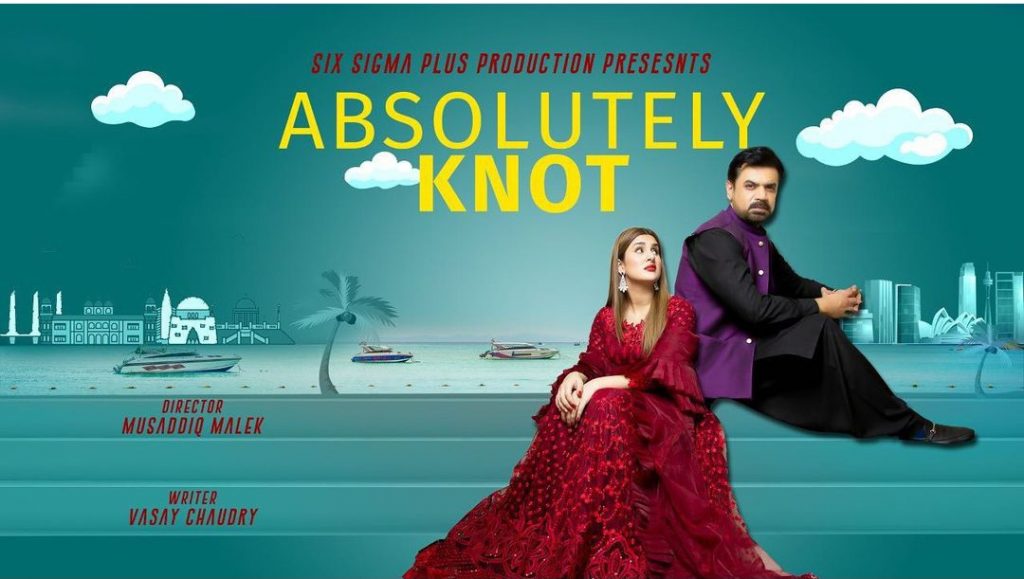 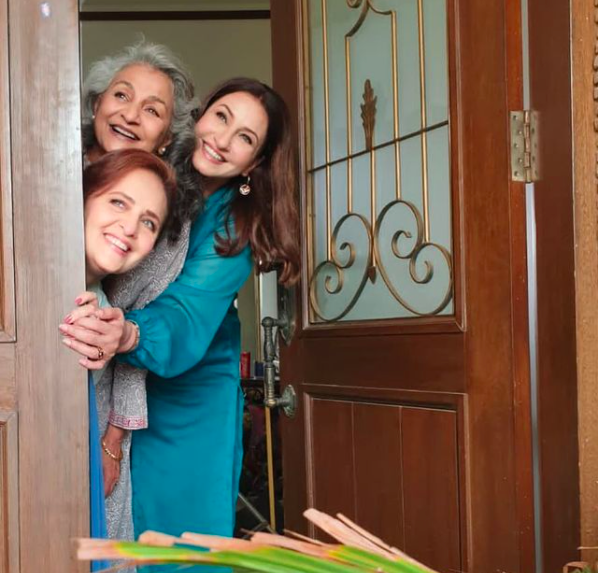 It is the most anticipated telefilm because it features Arsalan Naseer who got fame from Eid drama ‘Chupke Chupke’ , Arslan Naseer is again going to be seen in Hum TV’s next project along with Sanam Jung, fans are excited to see them in a Hum TV production. 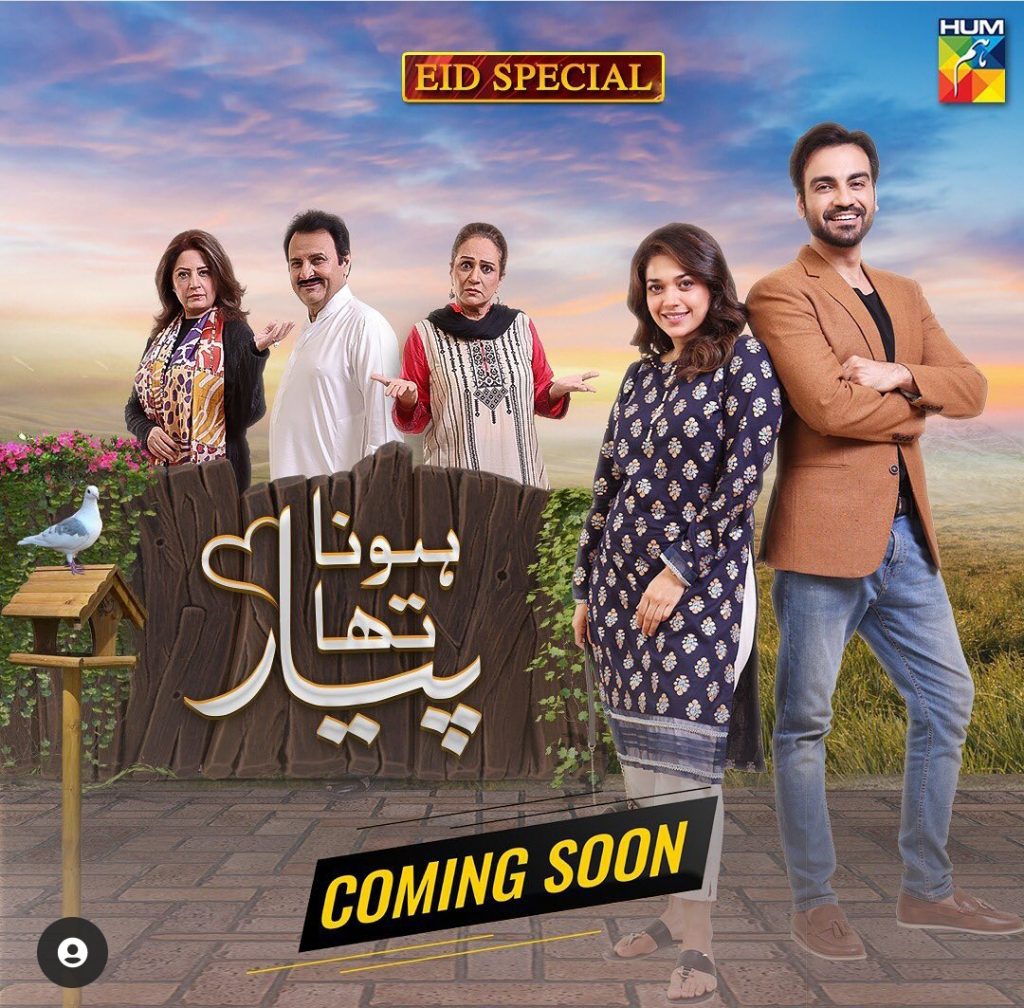 Well there is a good news for Sana Fakhar’s fans as she will be coming after a long time in comedy avatar after Qayamat. She will be starring in an upcoming telefilm along with Javed Shaikh, Azfar Reham and Yasir Nawaz. Not much has been revealed about the project. The poster looks extremely entertaining. 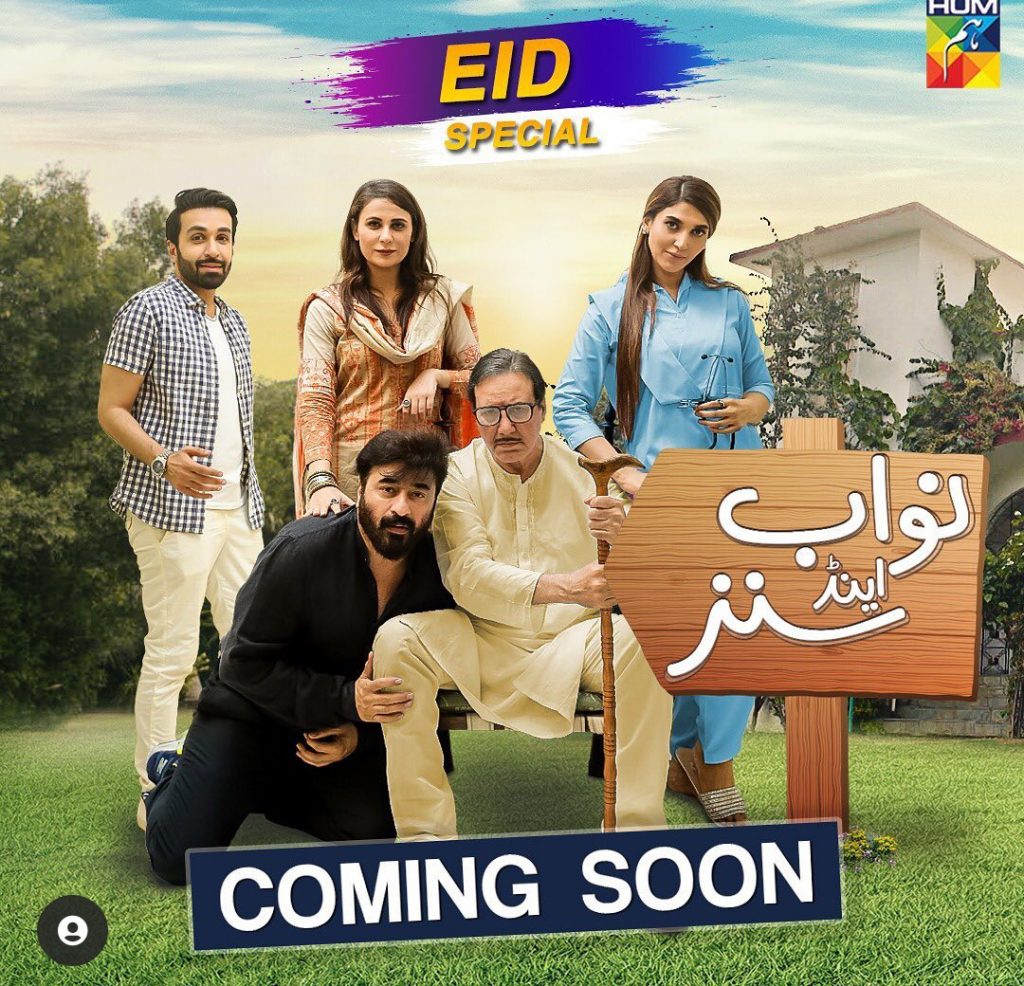 The two extraordinary actors Muneeb Butt and Ushan Shah will be seen in this romantic telefilm. They have once worked in Hum Production’s telefilm, ‘Pinky Ka Dulha’. Their on-screen chemistry and performance were much talked about after that telefilm. 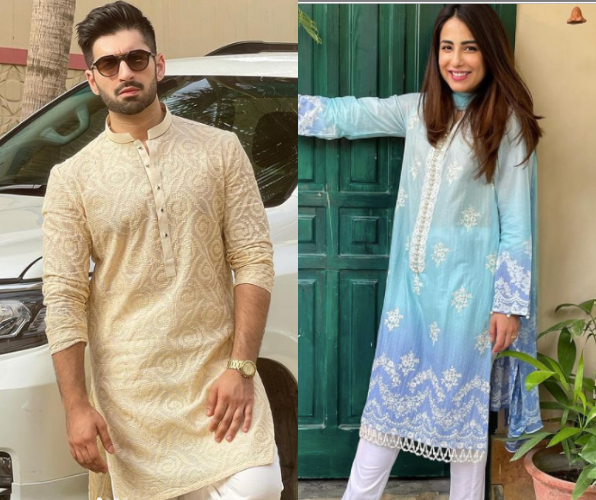 Akkar Bakkar is yet another star-studded romantic comedy telefilm and is about to hit our screens on Eid. It is starring Hina Altaf, Muneeb Butt, Sana Askari and Hina Dilpazeer. It is based on the festival of Eid. We are excited to see how the story will unravel. It is again a Hum Television production. 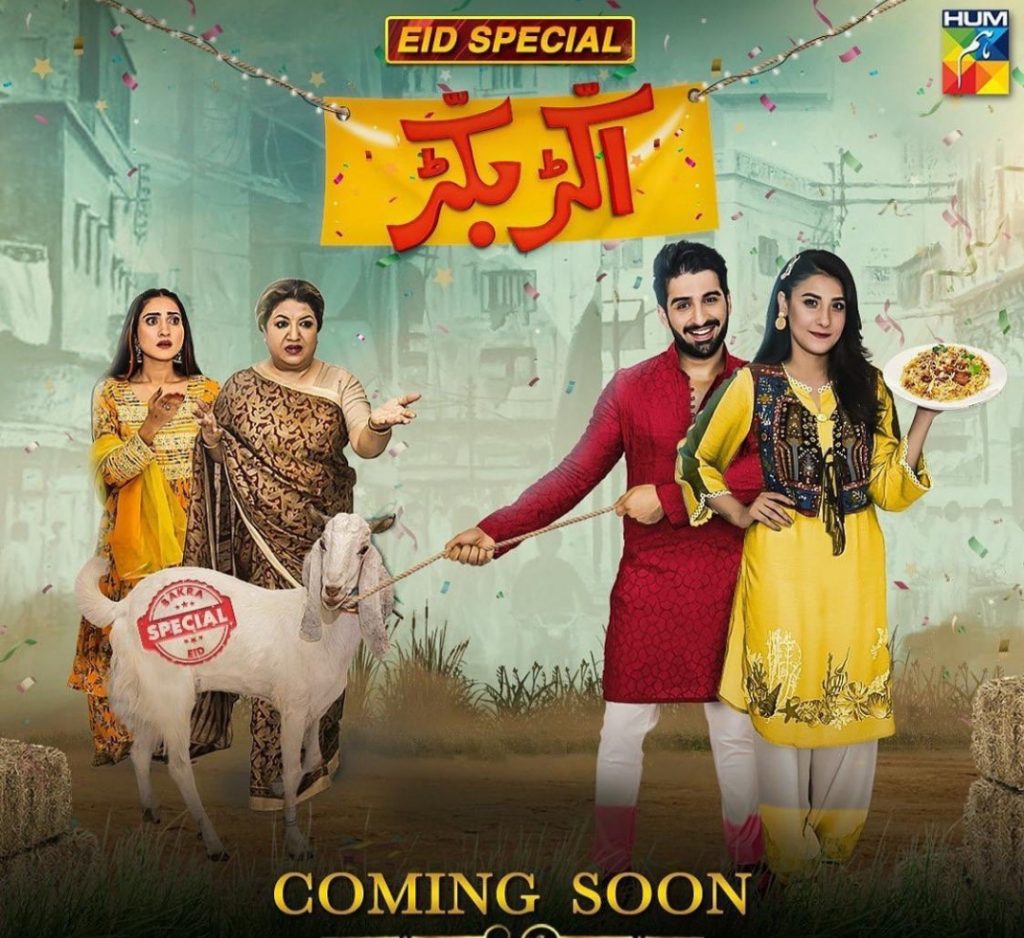 This telefilm is a 7th Sky Entertainment production which is written by Hassan Imam and directed by Mazhar Moin. The cast includes Azfar Reham and Hina Altaf. It is much anticipated film as Hina Altaf and Azfar’s chemistry is always loved by fans 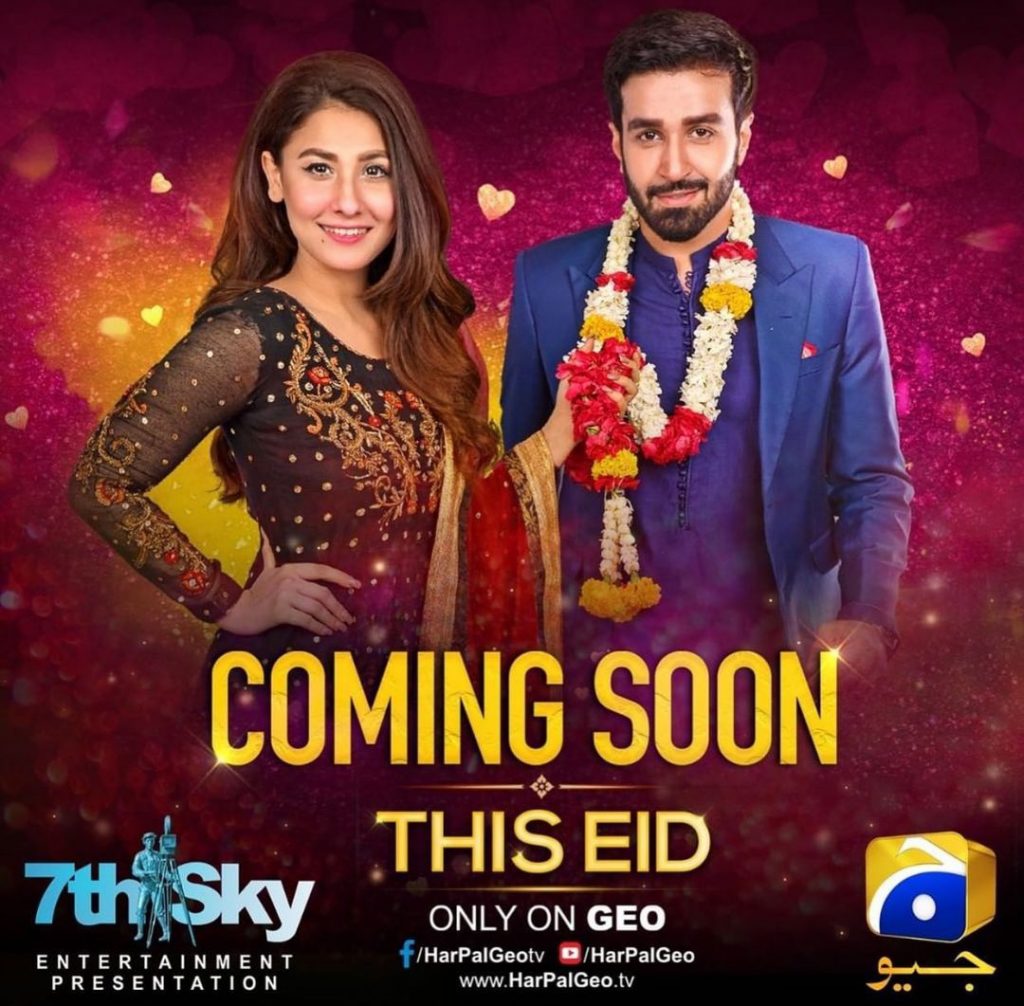 It is a much awaited telefilm produced by 7th Sky Entertainment. It is directed by Saima Waseem and the story is by Sumaera Fazal. The cast includes Affan Waheed, Madiha Imam, Hina Hayat, Farhan Ali Agha and Manzoor Qureshi. 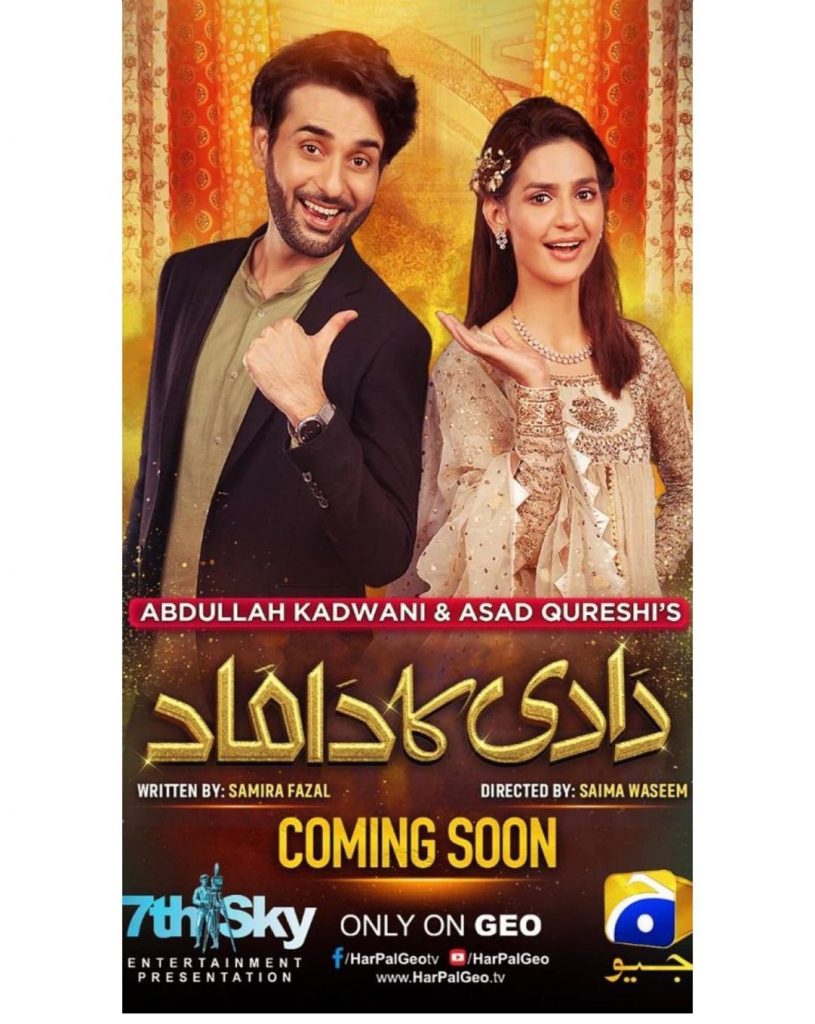 For sure, this Eid will be enjoyable with all these super exciting and fun-filled movies.