Osman Khalid Butt is the new chocolate boy in town with impeccable looks and a very charming and witty personality. He has won the hearts of audiences in a very short time and has gathered a number of loyal fans. He made his Television Debut last year with ‘Aik Nayee Cinderella’. He is also currently seen in the popular show ‘Aunn Zara’ which has become a hit amongst the masses. Before entering the Television Industry, he was seen in many theatre plays and has even performed at an international level. He has performed the play ‘The Taming of the Shrew’ alongside Nadia Jamil which was presented in London as part of the World Shakespeare Festival.

The list of his talent does not end here. He is also a producer and director and has a production house named ‘The Living Picture’ under which he has directed, produced and even choreographed a number of plays. He has also featured in Independent films like Zibahkhana and Slackistan. 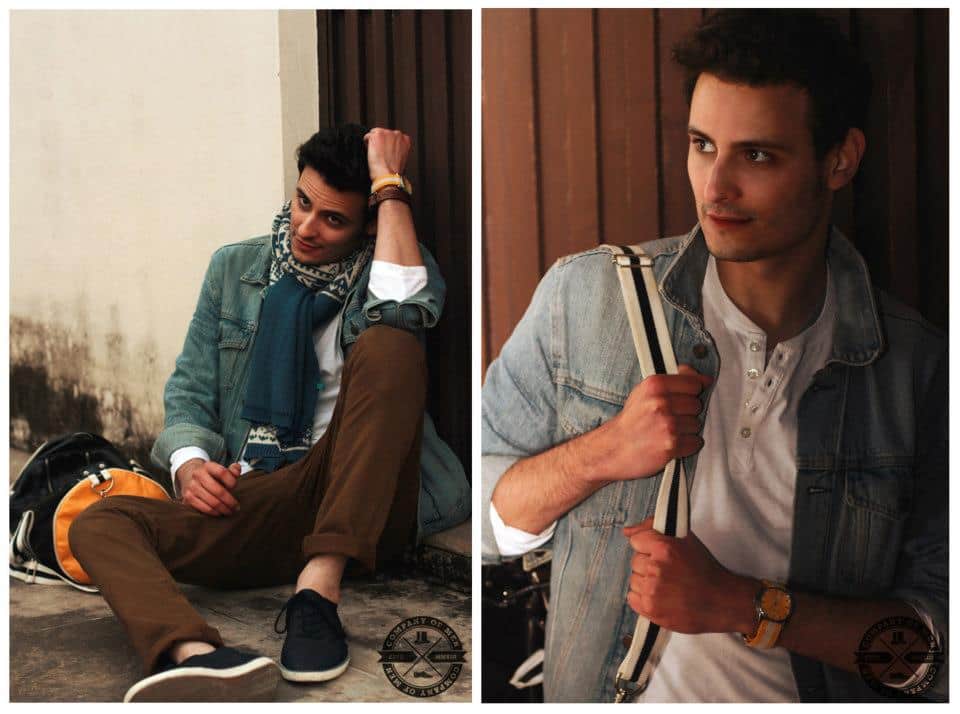 Osman Khalid Butt has a certain talent of making parodies and has made a few videos which will bowl you over. His quick-wittedness and spontaneity is what makes the videos all the more entertaining. I am sure most of you must have watched the very popular and hyped ‘Humsafar Parody’ that went viral on the internet and had us all rolling with laughter. He is also the co-founder, creative lead and poetry editor at Desi Writers Lounge.

Talk about being Multitalented! This guy sure has an endless list of talents. Here is an up close and personal Interview with Osman Khalid Butt:

I think I’ve always had a passion for acting; if the embarrassing childhood stories about me that my family loves to narrate are anything to go by.

When I’m not working, I watch a lot of TV shows – an obsessive amount, actually, read, write – or rather, try to write poetry, and generally lounge about. Not a very outdoorsy person.

Theatre, definitely. There’s an incredible high in performing for a live audience.

I want to direct a feature film – taking it one small step at a time, though. I’ve been playing around with the script for a short film for a while now, and am finally ready to take it to the production stage. Fingers crossed.

I don’t think it’s affected me as such; it’s obviously a great feeling when you get praised for your work – acts as an immediate confidence booster. Of course, you get your fair share of haters as well, some of whom resort to shocking methods to get a reaction / get their kicks, but I’ve slowly learnt to take it all in stride.

Actually, two of the performances that I’ve been praised the most for (on an Islamabad-level) are very serious roles I did in the theatre. One was an Irish journalist taken hostage by unknown/unseen captors, and the other was a mentally-challenged character in a black comedy. I suppose I’m known nationwide more for the video-blogs and now for ‘Aunn Zara’, but I think it’s still too early to be typecast.

I’ve always maintained that comedy is the hardest to pull off effectively, so I suppose even if I am, it’s not that bad a thing.

(Laughs). I really don’t know of an appropriate way to answer that question. Both names are part of the modern pop – culture so I suppose I hope mine joins their ranks.

Quite frankly, and I hope this isn’t presumptuous of me to say, but yes. I had immense faith in ‘Aunn Zara’; from Faiza Iftikhar’s writing to the genius director that is Haissam Hussain, and the amazing cast (I can’t even handpick my favorites; it’s such a great ensemble), it was a passion project for me. I am incredibly humbled that people are enjoying my performance, and furthermore, praising the humor, the portrayal of relationships, and the subtleties in the drama.

It’s a rare thing, feeling that sense of accomplishment and that pride in being part of something incredible. I’m honored (not to mention forever indebted to Haissam for selecting me) I got to experience that feeling with ‘Aunn Zara’, that too this early on in my career.

As mentioned above, I’ll be directing my first short film based on a serious, sensitive subject very soon, Insha’Allah. Nothing finalized yet on the television front but am receiving good offers so that’s a good sign.

There are two: Manmarziyan from the film ‘Lootera’ and Mirrors by Justin Timberlake.

A Slytherin tee my best friend got for me from Australia. Yep, HP fanboy here.

I want to learn as many forms of dance as humanly possible. Also, to act in a film directed by Lars Von Trier.

I once tried to save a friend from drowning and literally got beaten up underwater (the friend was in full panic-attack mode and was kicking me like we were on the sets of a Bruce Lee movie). This story has a happy ending, except for my jaw and chest.

The crossword and a strong cup of chai. Sorry if that wasn’t the 50 Shades of Grey response you were looking for. (Laughs)

And lastly, give a message for your fans.

Your support means everything. Thank you for your praise and more importantly, your constructive critique.