ARY Digital, being the second most powerful drama channel in Pakistan always ensure that it offers something better than the previous drama as a replacement and continuing its legacy , the channel will soon be bringing its viewers a new drama serial ‘Mere Humrahi’ bringing together on screen Fahad Mustafa and Sonia Hussain.Been directed by Furqan Khan, the script has been written by Sana Fahad and the drama will be making its entry after Ramadan. 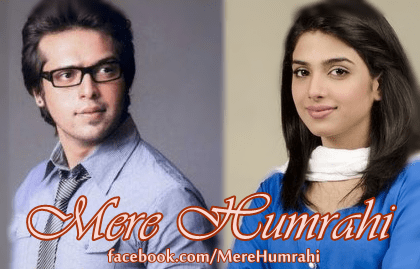 Fahad Mustafa, who has been seen on ARY Digital often, is excited about his new project on the channel. Currently Fahad’s acting as Sikandar in ‘Kankar’ is highly appreciated by his followers who are further delighted to know about his next venture coming up.

On the other hand, actress Sonya Hussain, after giving a hit sitcom on Hum TV (Main Hari Piya)  and doing advertisements including Coke and Lipton will now again be seen doing a lead role in an important project.

It is yet difficult to reveal more about the venture as its  plot and promos are still kept a secret by the officials.

Let us see what these two actors have now to entertain their followers after Ramadan,