I have to say that I am actually beginning to enjoy Asma Ghaznavi’s character! It is a very intelligently written character and it has been translated on screen flawlessly! It looks like Farwa and her teacher’s marriage really did take place and I am not sure how I feel about that. I was expecting the teacher’s character to be one of the more serious characters in the play who will eventually help Farwa grow up and I don’t really like the fact that he is also turning out to be another funny character in the play. Yes! I understand this is a comedy serial but like I said earlier I would’ve enjoyed this drama a lot more if there was some element of seriousness too mainly because every episode of the drama does not make me laugh the way a comic serial should therefore it would’ve been far better if this was like a light comedy drama instead of an all out comedy. I must say that the writer and the director haven’t tried hard enough to establish the nature of relationships between different characters. I would have liked to warm up to the characters and connect to them more but somehow I can’t seem to do that just now. Every episode gives me something positive to say about it and there are always characters that stand out in these episodes too but do I really feel for them, feel what they are feeling? Not always.

Asma has everyone wrapped around her little finger and Farwa seems to be the only one who can see what she is up to. For now Asma is the one who is making the decisions for everybody directly or indirectly. The only reason Farwa decided to go back home with “sir” was because of Asma. She wanted to prove that they were a couple too just like Junaid and Asma were. The whole conversation on the concept of naming the dishes was one of the most intelligent and interesting conversations in tonight’s episode. Asma has her own unique way of looking at things and she also makes sure that everyone else around her looks at things her way too!! The way she convinced Farwa’s mother than Farwa’s wedding to her teacher was actually a blessing was something out of the ordinary and the manner in which she managed to convince her mother in law that they were living in a house without a soul was brilliant too! Asma is self-absorbed to the limit but her character definitely keeps you interested. 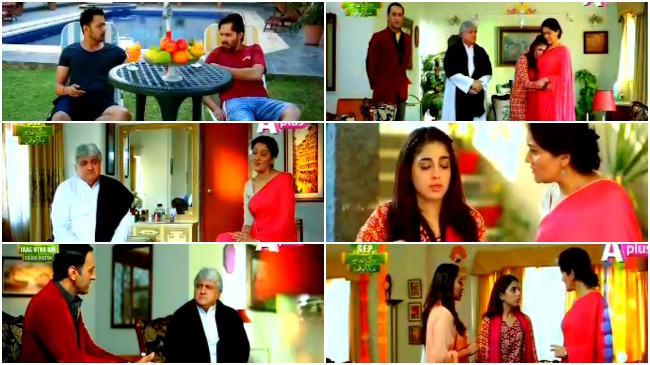 We found out today that Changez gave Farwa the brilliant idea of getting married to her teacher – I should have seen that coming!! It is good to know that this is not being turned into a sad love story in which Changez feels like Farwa has “betrayed” him and I am curious to find out what the plan actually is! Farwa’s parents have a tough time explaining to their relatives how the marriage took place and it is good to see that they are facing that problem because it gives a touch of reality to an otherwise unreal situation. 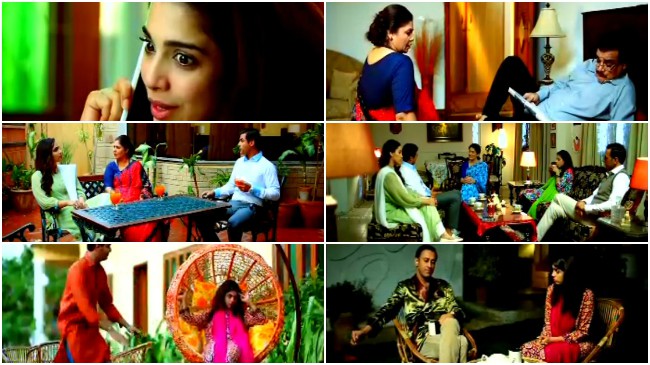 Like every other episode of Farwa Ki ABC although I wasn’t completely blown away with the happenings or the way they were shown on screen but I have to say that it is good to see something different on screen. The drama is not perfect but it does not have a lot of glaring flaws as well. If it was executed more intelligently it could’ve been much more impressive. The fact that all the actors are giving wonderful performances and there are some very interesting characters in the play makes it engaging enough. I have the option of not watching or reviewing this play but I am not going to do that because I feel that this drama even with all its flaws is much better than many of the other dramas that are on air right now. It is good to see a serial which is free of clichés.

How many of you watched this latest episode of Farwa Ki ABC. Do share your thoughts about it.