Fawad Khan And Salman Khan To Clash On Box Office

If you ask someone about one film that has created massive anticipation in the decades of Pakistani cinema, it is definitely Bilal Lashari’s The Legend Of Maula Jatt. The film was announced a few years back but has been delayed since. The star cast includes Fawad Khan, Hamza Ali Abbasi, Humaima Malik and Mahira Khan. Such a huge cast and Bilal Lashari as the director has raised the anticipation to soaring levels. 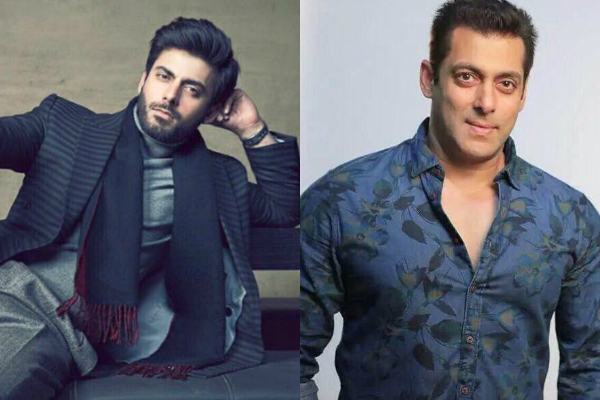 So Indian critic Taran Adarsh pointed out that Maula Jatt will be clashing with Salman Khan’s Bharat at the box office and this is going to be a huge Khan vs Khan war. Salman’s films always do good in Pakistan and Fawad will be making a comeback in Pakistani cinema after Khuda Ke Liye so the tussle will be interesting to watch. And well Gohar Rasheed had an interesting reply to the situation: 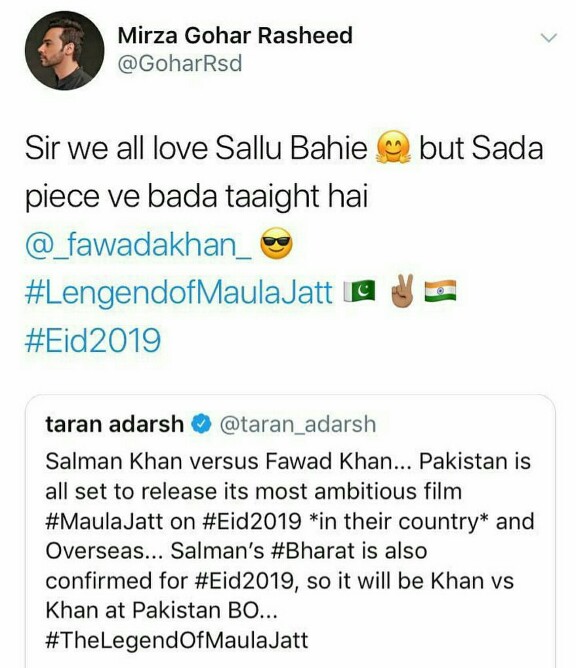 Well, lets see who turns out to be the king at the box office this Eid ul Fitr!