The Khoobsurat jodi does not just have a wonderful chemistry on screen but off screen too Fawad Khan and Sonam Kapoor have very good ties with each other. Fawad Khan has certainly impressed the Indian viewers a great deal because he got many positive reviews from the critics as well. The latest news is that the Khoobsurat jodi will be seen again in another Bollywood film. The film is going to be based on screen adaptation of famous aunthor Anuja Chauhan’s novel Battle For Bittora. The novel was a best seller in India.

The film is going to be produced by Sonam Kapoor’s sister Rhea Kapoor. According to the ndtv website “Battle For Bittora is the story of twenty-five-year-old Jinni, who works for an animation studio in Mumbai, and lives a carefree and independent life until her grandmother commands her to contest the upcoming Lok Sabha elections from their hometown Bittora. She finds herself pitted against the irresistibly attractive ex-royal Zain Altaf Khan. What ensues is a bitter battle between the two young contestants, complicated by their passionate love story”. 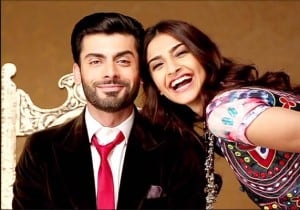 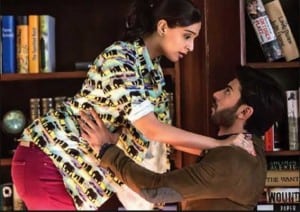 While talking to an Indian newspaper Sonam said, “People have loved our performances and also our chemistry in the movie. They are going crazy over the romance. Fawad and I are working together again for sure.” Sonam also said that she was shocked by the response.

“We released it on 900 screens because we did not expect this kind of reaction. People thought this will be another Aisha but they were surprised with the film. People have given a lot of love to our movie. They are praising me so much and I feel weird because I don’t think I have done something really great. It feels surreal,” Sonam said.

“All my heroes have been my friends even after the completion of the films so maybe it is true that I am lucky for them. I think even they feel the same. But keeping jokes aside, I don’t think I should give myself that much credit. I feel I select the right projects and the correct heroes,” Sonam Added.

We wish the Khoobsurat jodi all the best!