The news of Fawad Khan featuring in a Bollywood movie opposite Aalia Bhatt had been making rounds for quite a while now. However, the news was confirmed a little while back. Fawad Khan will be seen in the remake of the movie Khoobsurat, but the female lead will be  Sonam Kapoor instead of Aalia Bhatt.

The movie, which is said to be on the lines of Hrishikesh Mukherjee’s film of the same name, has Sonam playing the role that Rekha originally essayed.

Sonam’s sister and the movie producer Rhea Kapoor had mentioned that they would be casting a newcomer and that they wished to keep that info confidential. But they revealed recently that they had casted Fawad Khan as the main lead. He will be reprising the role originally played by Rakesh Roshan.

They were obviously mixed reaction to this news. Most fans were happy for Fawad while the others were disappointed with his choice to star in a Bollywood movie. Fawad Khan had gained immense popularity in Pakistan in a span of few years and has a huge fan following. Now, he had aimed to make a mark in India too just like Ali Zafar, and other Pakistani actors who had entered Bollywood.

The shoot of the movie has already started. According to reports ‘Sonam Kapoor and Fawad Khan have already headed to Bikaner, Rajasthan for a long schedule of Khoobsurat.’

Here is the first look of Fawad Khan from his upcoming Bollywood movie: 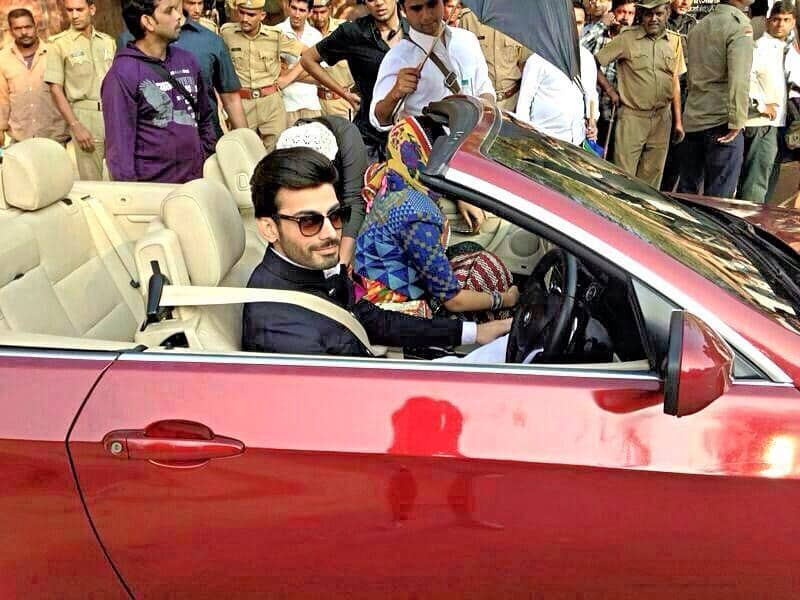 He has finally abandoned his caveman look (the long hair and the unkempt beard) and looks clean and fresh in his new look. He has lost a lot of weight and this new look suits him. Honestly, I did not even recognize him in this picture in the first glance. 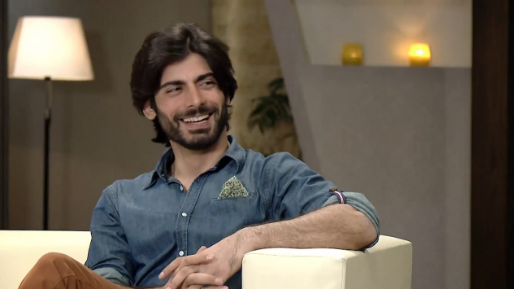 I am really looking forward to see how he performs in this movie. I am sure most of his fans would be desperately waiting to see him back on screen. He would not been seen in Television for at least a year now because his dates are completely booked till next year. After Khoobsurat’s shooting, he will shoot for Sultana Siddiqui’s upcoming untitled movie. This is not Fawad Khan’s first movie; he was previously seen in the Pakistani movie ‘Khuda Ke Liyeah’ which had Shaan, Iman Ali in the cast too.