Punjab Nahi Jaungi gained enormous success in last year, despite the fact that many other widely marketed and publicized films could not impress the audience.

This Humayun Saeed, Mehwish Hayat, Urwa Hocane and Ahmed Ali Butt starrer was praised for all its aspects, be it acting, scriptwriting or screenplay.

Many months after its release, the movie is still going strong. Ahmed Ali Butt took to instagram to announce that the movie had made history by crossing the 50 crore mark. 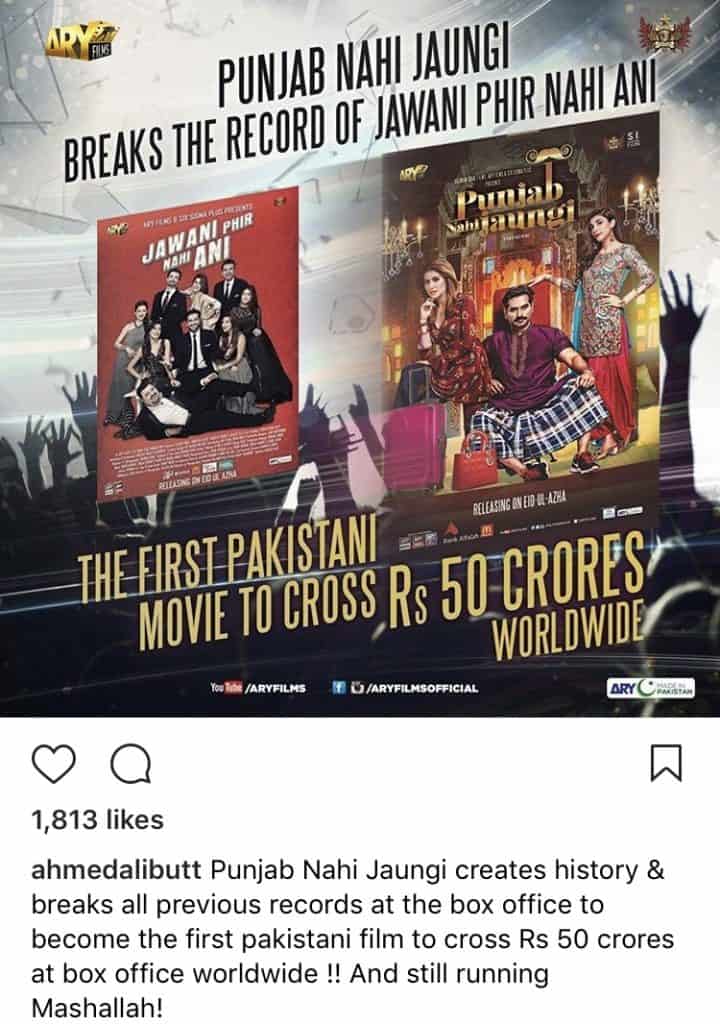 So Punjab Nahi Jaungi has crossed 50 crores worldwide and still going strong. That’s amazing for Pakistani cinema and we hope such movies keep on coming.