These two episodes of Ghairat were far better than the last two because the story finally moved forward and most importantly Zohaib’s involvement in the story made it more interesting. Unlike the previous two episode the situations were convincing and the scenes were not stretched. Usman once again managed to have his own way but it won’t be too long before he pays a big price for all the torture he put all these women through. Saba’s frame of mind was also translated on screen in a convincing manner; she missed her mother, she felt guilty and clueless but there were also times when she tried to think of ways out of this situation. Getting in touch with Zohaib seems to be the only way out for her. Even though her friend’s mother is supporting her but she realizes that she cannot continue living like this. She also feels that she needs to do something to help her mother get out of that house too. Iqra Aziz is pretty likeable in this role, mainly because of the fact that she doesn’t ever overdo the becharapan. The character has been written in such a manner too that even when all the odds are against her, Saba always manages to turn to God and have hope if nothing else. Watching her play the victim alone in the past few episodes however wasn’t pleasant at all.

The story took an interesting turn when Farah decided that it was better to lie to Zohaib in order to save his life instead of telling him the truth. Farah’s decision changed everything because now even when Zohaib finds out where Saba is, he won’t be sure what to do since he is convinced that Farah is lying and he will only get his sister back if he brings Saba back to Usman. This development in the story was unexpected and interesting. I think there should also have been some scenes in every episode in which Saba’s mother thought about her just as much as she thinks about her. I feel that her character has not been used to the maximum. This character should have been given a little more screen time and there should have been a few more dimensions to it. 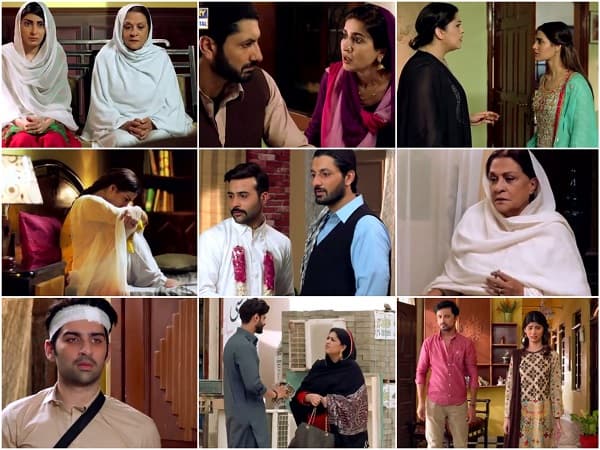 Zohaib’s friend’s concern for him and the way he has always been there for him has to be one of the most positive and refreshing aspects of this drama. It definitely gives the viewers a much needed break from all the negativity in Usman’s house and shows that there are people who are willing to go out of their way to help others without having ulterior motives.

These two episodes of Ghairat gave me a reason to tune into this play next week too. The preview of the next episode suggested that Usman and Shagufta will have a child of their own very soon and I am guessing that this child will somehow be more of a trial than a blessing. I would love to see Usman confessing for his crimes at some point and getting punished for them.