Gohar Mumtaz to be seen in an upcoming drama “Cookie”!

The man who recently made his debut as an actor in drama serial “Tanhai”, Sharing screen with Ayesha Omer and Sohaii Ali Abro, is now all ready with his next venture to entertain his followers with his acting after earning their love with his charismatic vocals as a singer and guitarist.

Gohar Mumtaz has shared on his official fan page on a social networking site that he is all busy these days shooting for his upcoming drama serial “Cookie”, which is written by none other than, the writer of the years, Umera  Ahmed. The drama will be going on air on HUM TV.

It is Saba Qamar who will now pair with this singer-turned- actor in the upcoming drama, making the cast further interesting. Though audience still loves Goher for his musical contributions as a lead member of Jal-the Band, it is highly hoped that he will do justice to his role in “Cookie”, which is surely a big project for him. Been written by Umera Ahmed, the drama has all the potential to be a hit as it is, viewers love following Umera Ahmed’s written scripts. 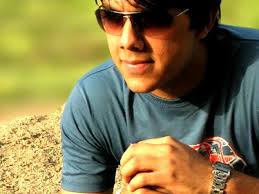 It is yet difficult to reveal more about the story as the team seems to enjoy keeping the news as a secret for now. Lets see when the channels breaks the news officially;