Hamza Ali Abbasi is a popular actor who has performed in a lot of hit projects. Pyare Afzal and Man Mayal are his most popular dramas till date. He also left the showbiz because of his religious awakening. He was of the view that he will work in any project which will be giving religious messages. 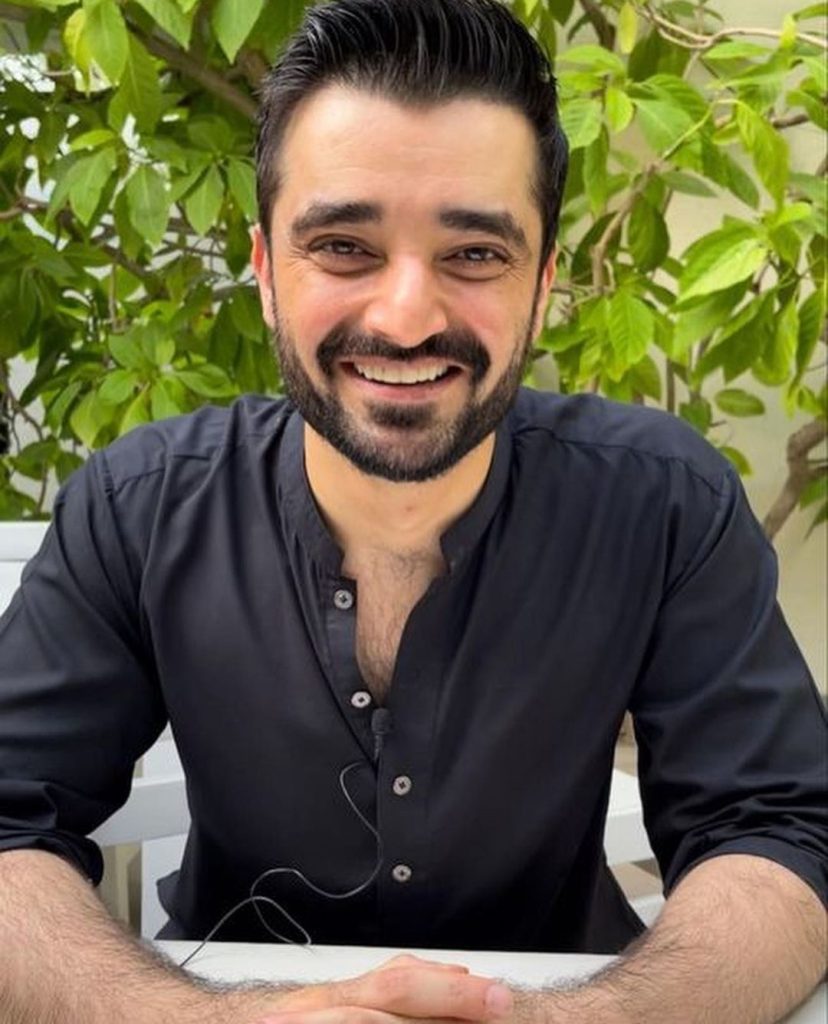 Recently, a young Pakistani musician Abdullah Qureshi has left the music because of spiritual awakening. Natasha Baig, Anoushay and Hamza Abbasi also expressed their views on it Hamza Ali Abbasi said, “May God give u the strength & persistence in ur iman, ikhlaaq & deeds brother. Just want to share my discovery that Music is not completely haraam in Islam. If u have time, please watch this 1 program OR this detailed 10 part series” 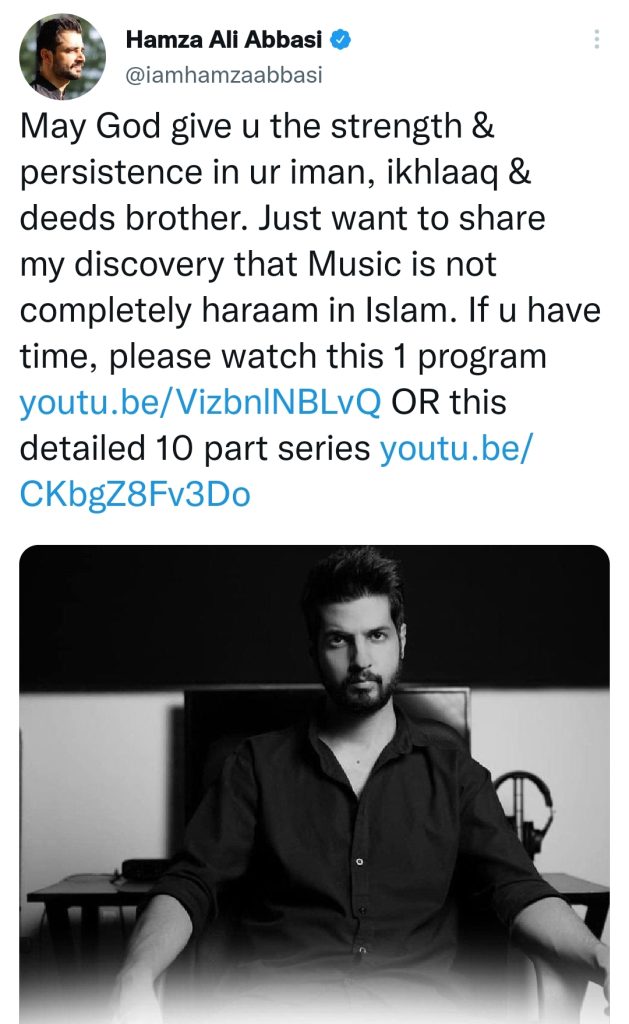 Abdullah Qureshi also responded to Hamza Ali Abbasi after he tried to give explanation about his desicion. Have a look at the reply! 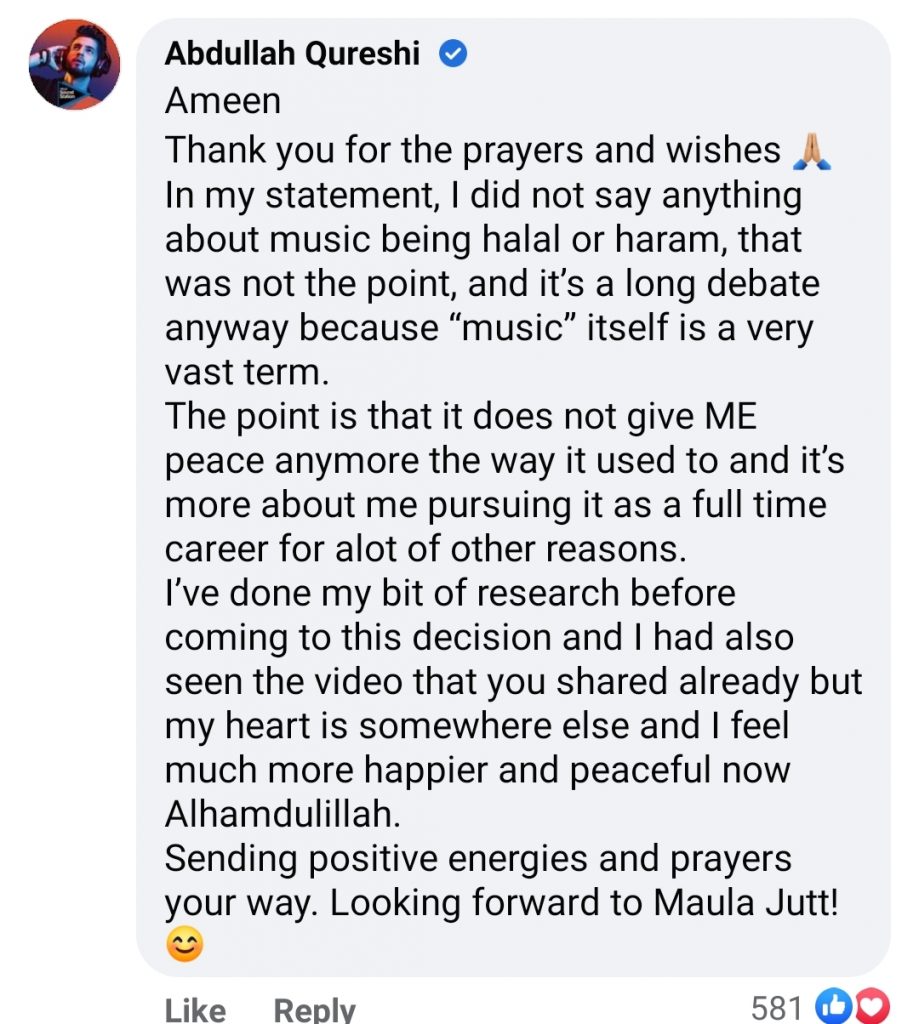 Public didn’t like his statement that music isn’t completely haram. They said either it’s Haram or not Haram, but there can’t be middle thing like ‘not completely Haram’. People called that there is a true Islam and then there is a self created religion by fake muftis and preachers. They called him a disco and a fake preacher who can twist the Islam as per choices. Here are all the comments. 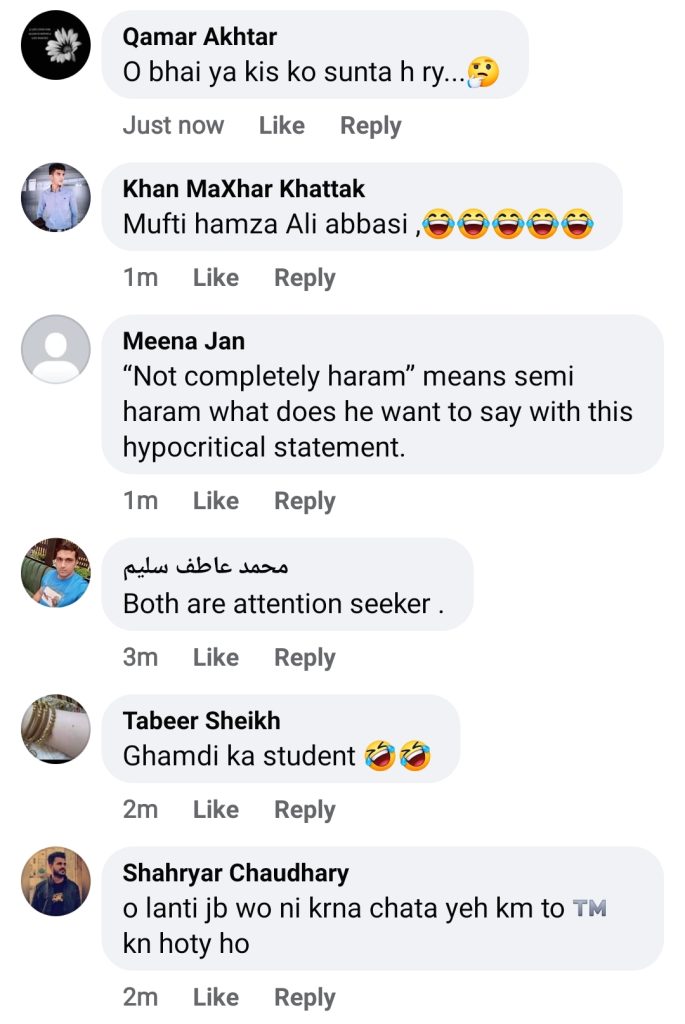 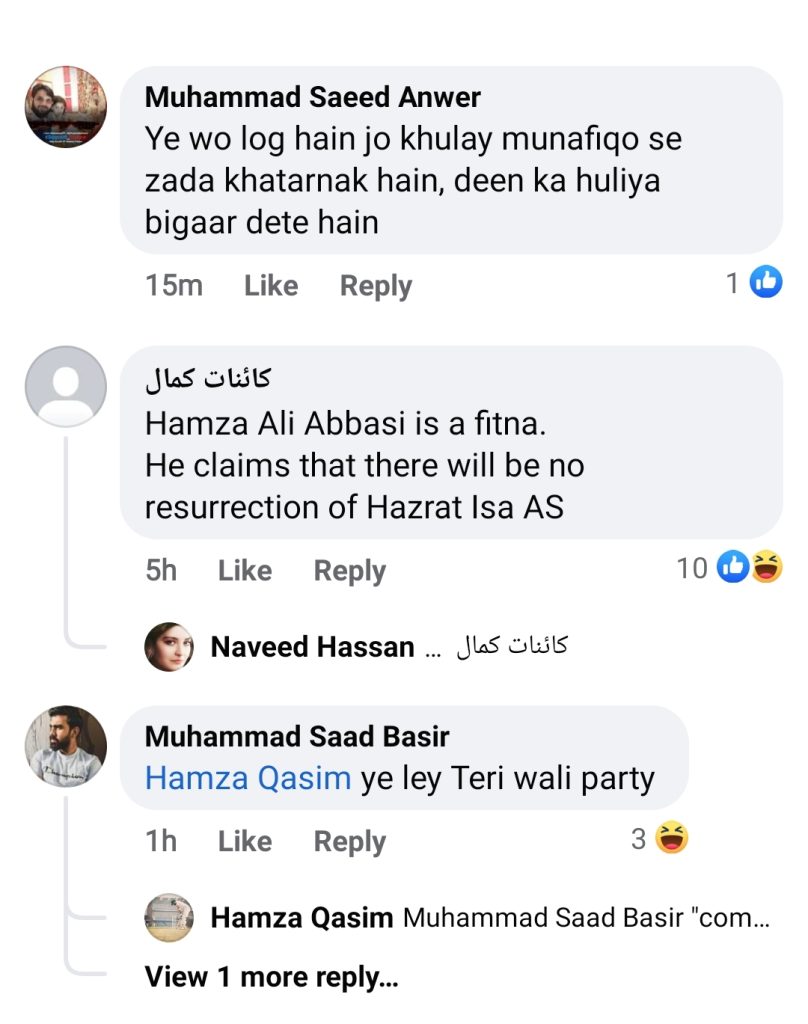 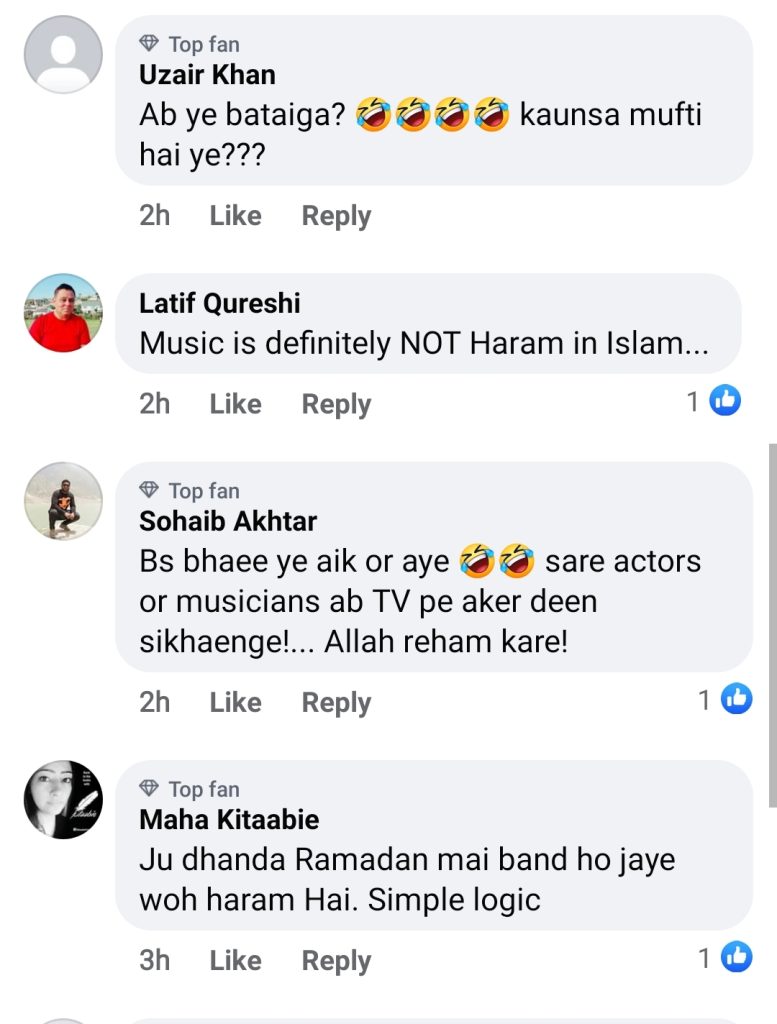 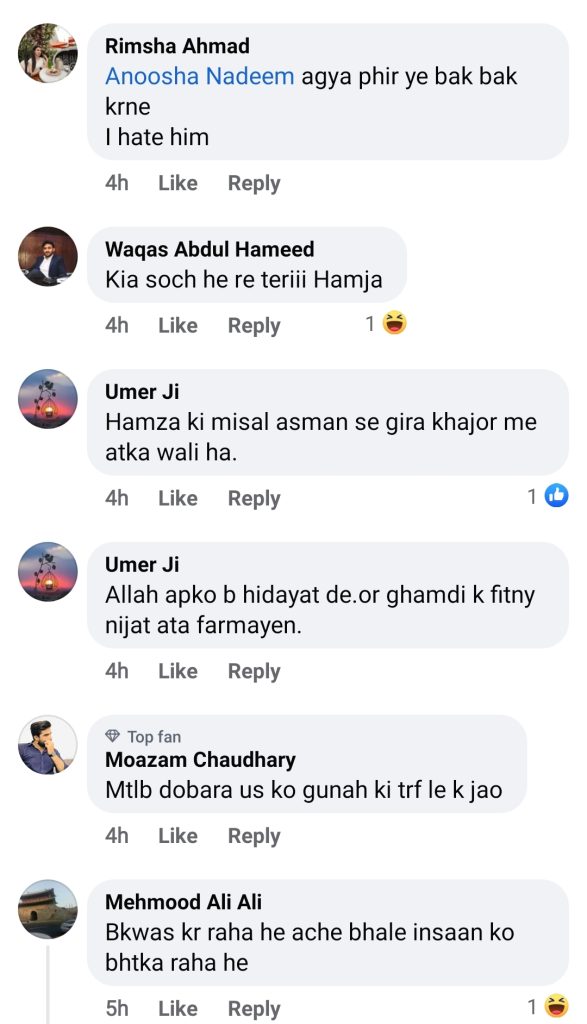 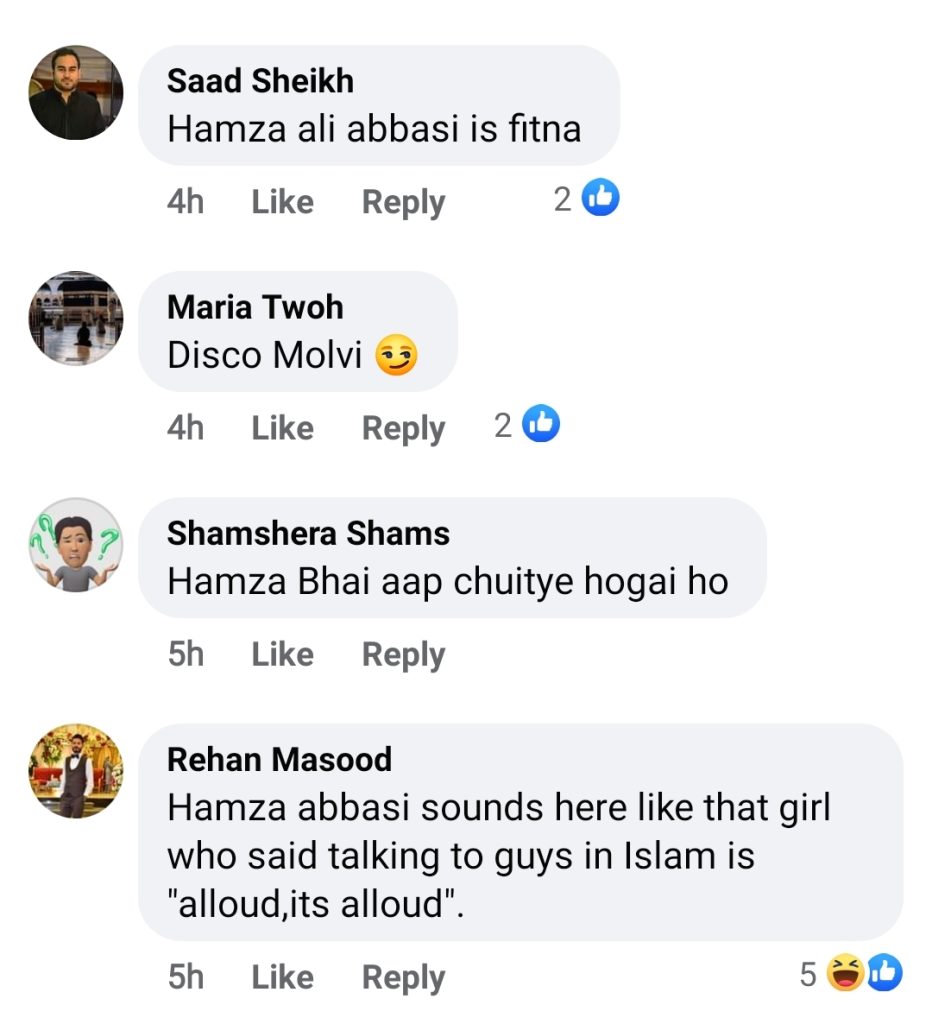 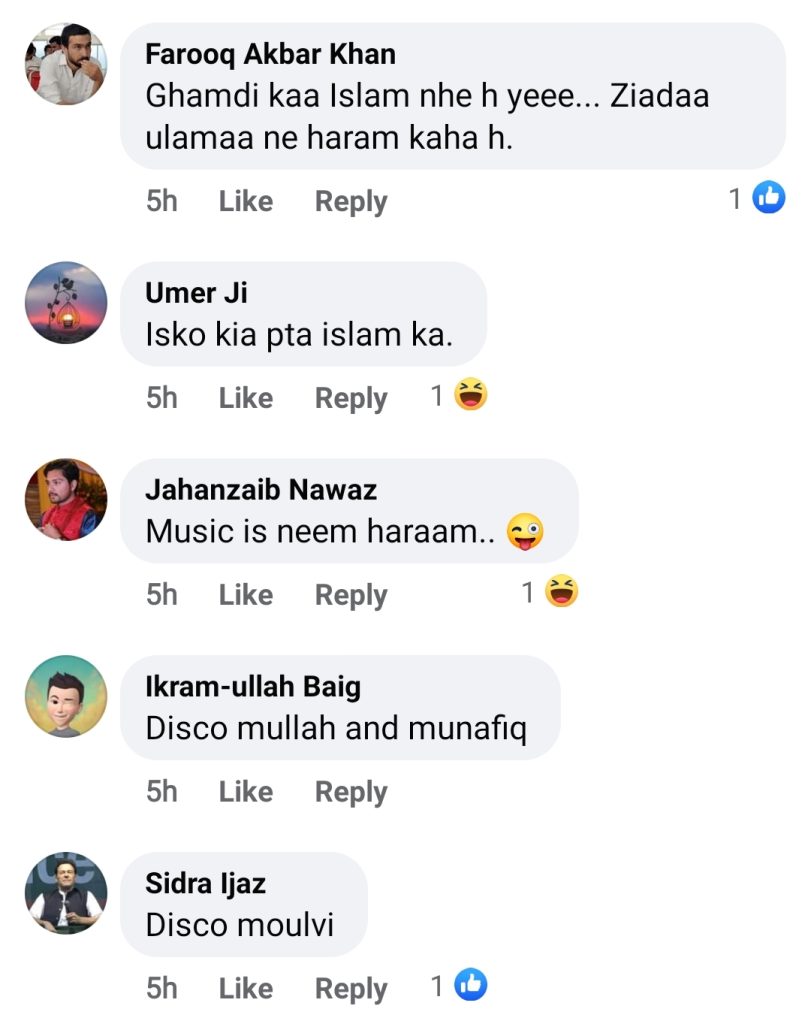 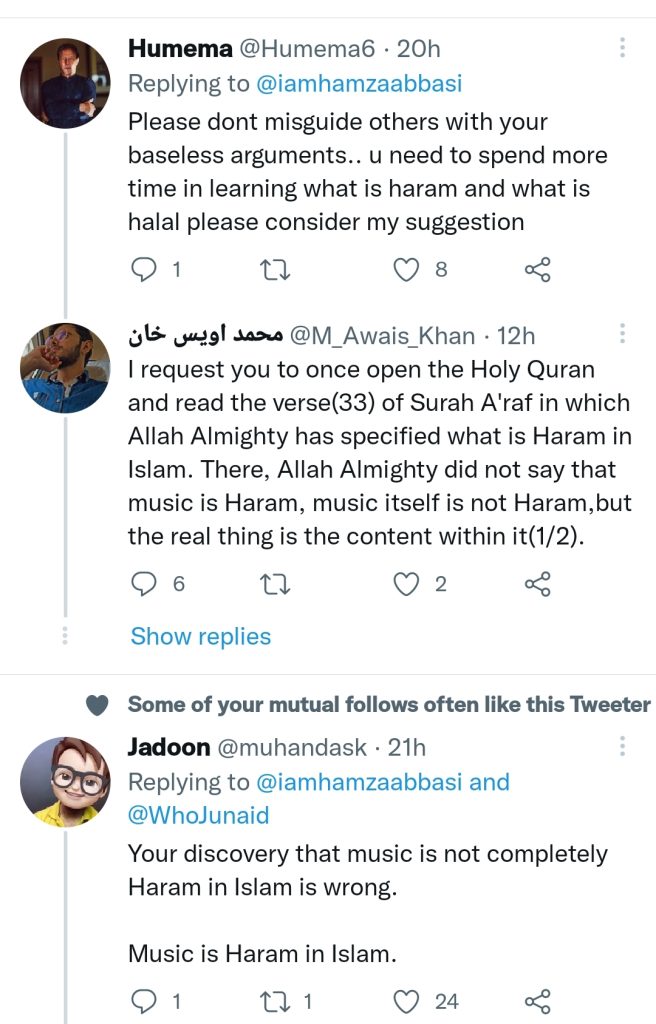 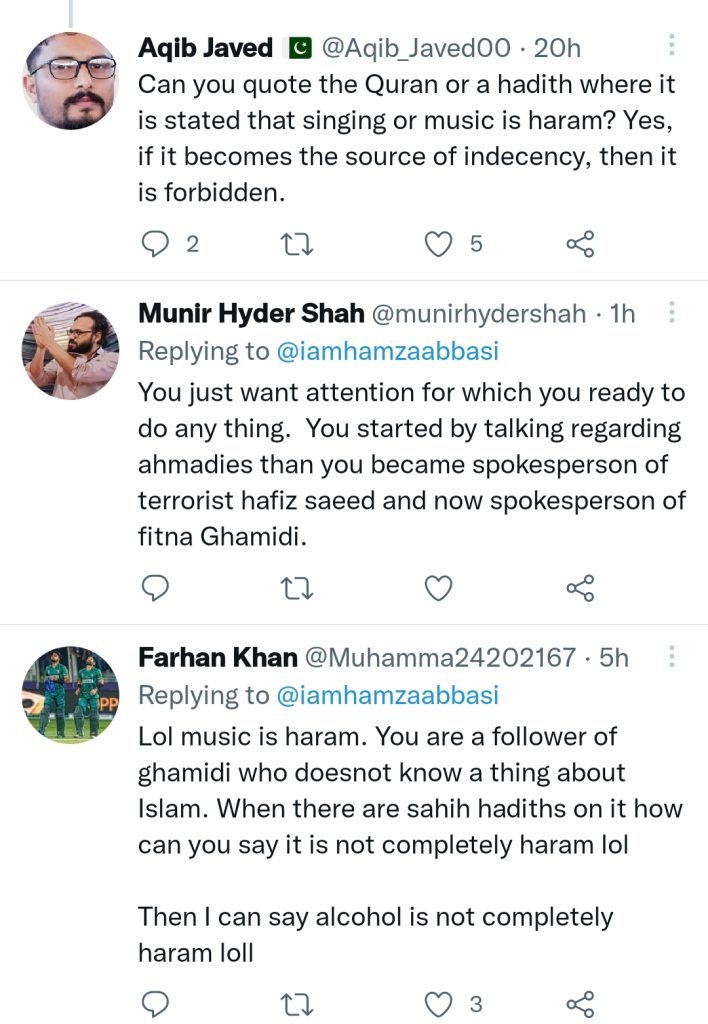 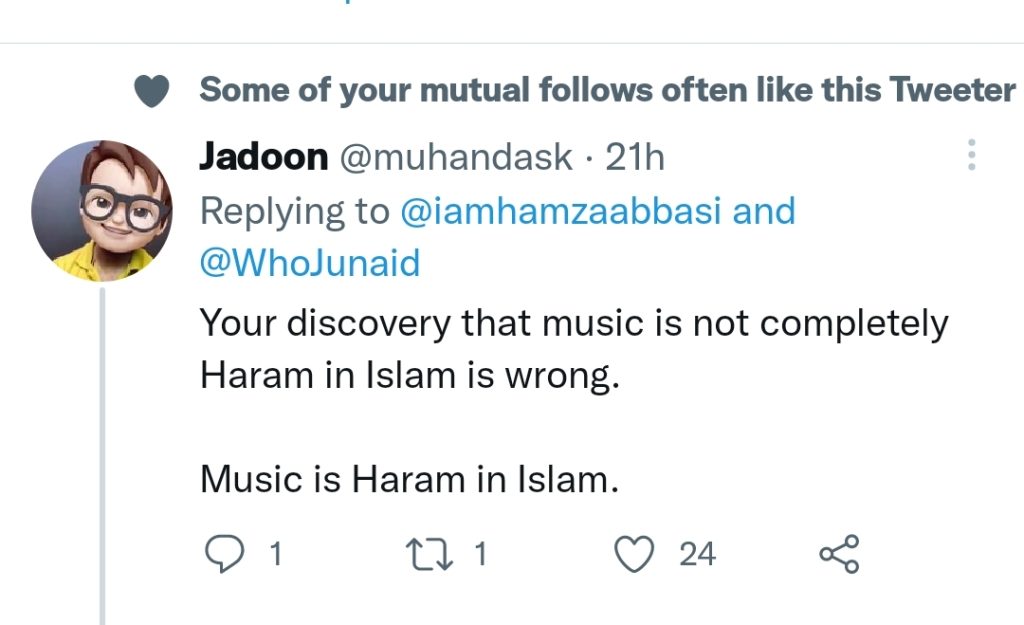 What do you think about his statement on music? Do let us know! 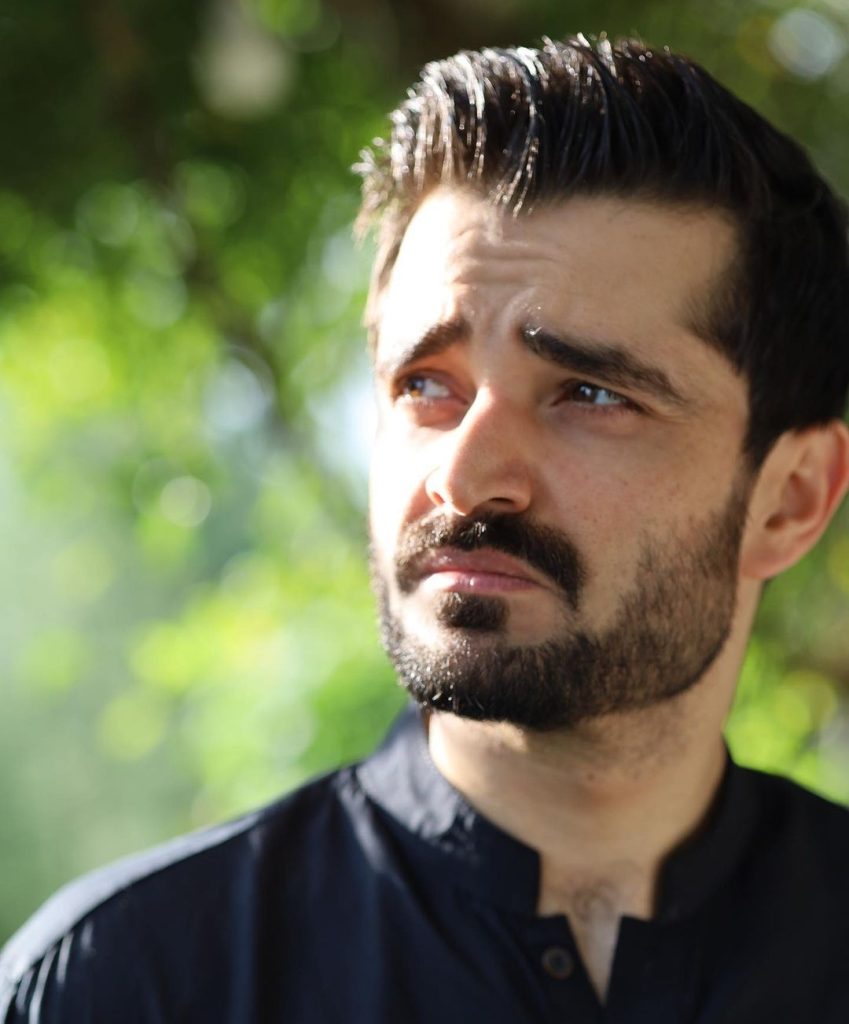