Hamza Ali Abbasi gets Bol News in Trouble with PEMRA!

Hazma Ali Abbasi is an actor of our Entertainment Industry who is known to speak out his mind, regarding any issue that he believes is important. He throws the general advice think before you say into the air and without thinking the consequences of his actions, posts whatever is on his mind on his social media account. However, since a few months, Mr. Hamza has gotten a much better platform than social media to raise his voice- the mainstream media! He hosts the  programme “HQ Debate” and in a recent show, allegedly passed derogatory remarks about the Pakistani passport. The program was focused on the Rohingya Muslims ongoing crisis.

The Pemra statement reads: “Airing of such derogatory remarks amounts to spread of hatred and promotes anti-Pakistan sentiments.”

The authority has directed the management to furnish a reply within a seven-day period. 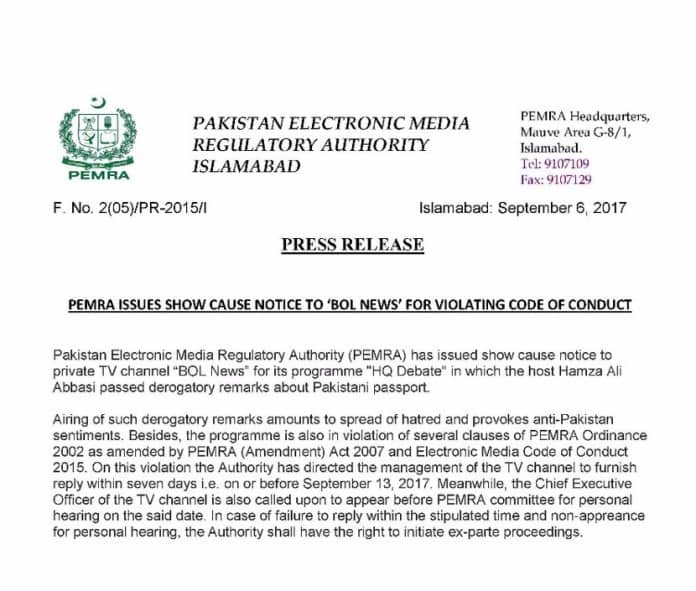