PEMRA reported that it had received as many as 1,133 complaints through Whatsapp, Twitter and telephone calls regarding the transmissions. PEMRA notice also said that during these shows no one was talking about anything productive but most of these shows are running after ratings. 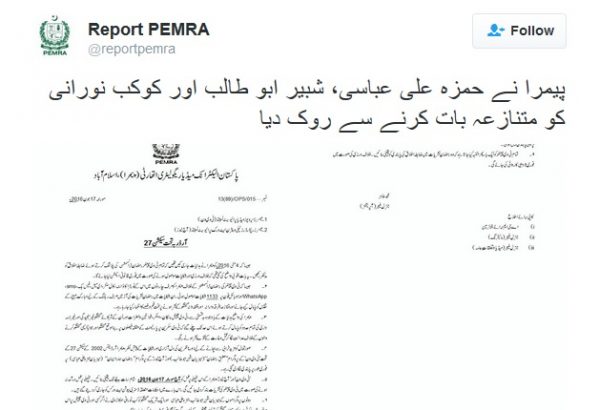 The notice also mentioned that all the TV channels had been warned before hand to refrain from non serious and controversial topics during these transmissions but some people have not been abiding by this rule.

The Pemra notification also said that if Hamza Ali Abbasi, Shabbir Abu Talib and  Maulana Kokab Noorani appear on any channel at all and are seen discussing this particular controversial issue or any other such topic, then that program will also be banned. 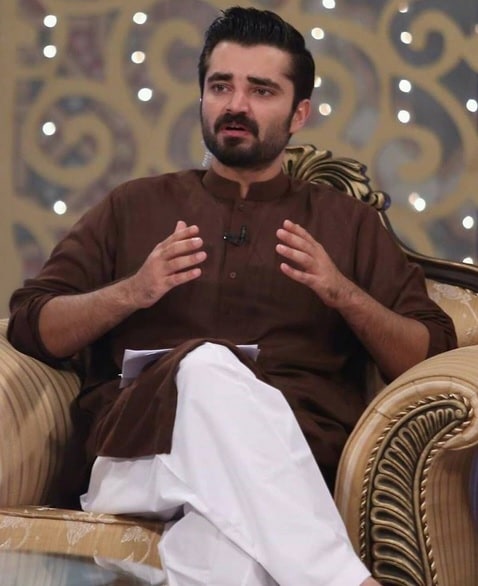 Most people are supporting Hamza Ali Abbasi and are not happy with PEMRA’s step.

Here is the conversation which landed Hamza Ali Abbasi in trouble: