Hijrat (ہجرت) music is out

Hijrat (ہجرت) is an upcoming Urdu film releasing on 22nd April 2016. Farooq Mengals’ directorial debut who before this film has directed several television dramas. The trailer of Hijrat was released in December last year.

Hijrat is an action love story that plays out in the foreground of an exodus that rendered millions homeless during the Afghan war. It touches upon the lives of those whose spirits were broken by the homes they lost and whose hearts were broken by the shelter they found.

The music of the film is released last week which features five songs. All the songs are composed by Saahir Ali Bagaa

Video promos of three songs are released while one song Chali Ray Chali is featured in the trailer of the film.

Video promo of this song is not released.

Video promo of this song is not released but it is featured in the trailer of this film here.
This song is shot on Sana Nawaz.

The film is a romantic story in the backdrop of Afghan refugees. Asad Zaman the hero of this film is an Afghan national who has worked in several Urdu dramas before Hijrat. Asad Zaman is fluent in Dari, Pashto and Urdu. Models Rabia Butt and Rubab Ali are playing the female leads where Rabia Butt is playing the role of an Indian doctor working in Afghan refugees camps. The film also features an item song shot on Sana Nawaz. 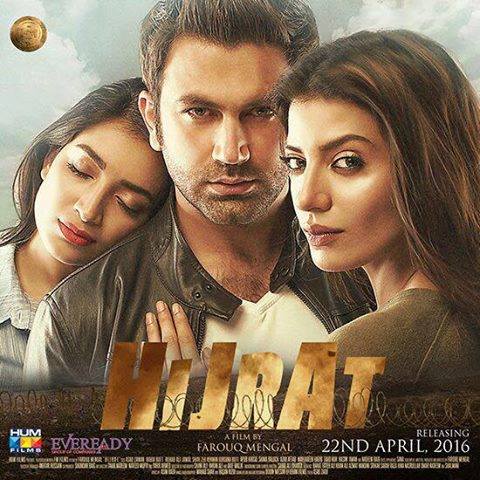