The second ARY Film Awards were held in Dubai last night on 16th April 2016. The first inauguration ceremony was held in 2014 for the films released in 2013. However the awards were not held in 2015.

ARY Film Awards 2016 were based on all the films released in 2015 however one major Urdu film Bin Roye was withdrawn by its producer Moomal Entertainment. A special award was given to Namaloom Afraad as the best film of 2014.

Here is the winners list in the rest of the categories. On the whole the film Jawani Phir Naahi Ani dominated the awards. 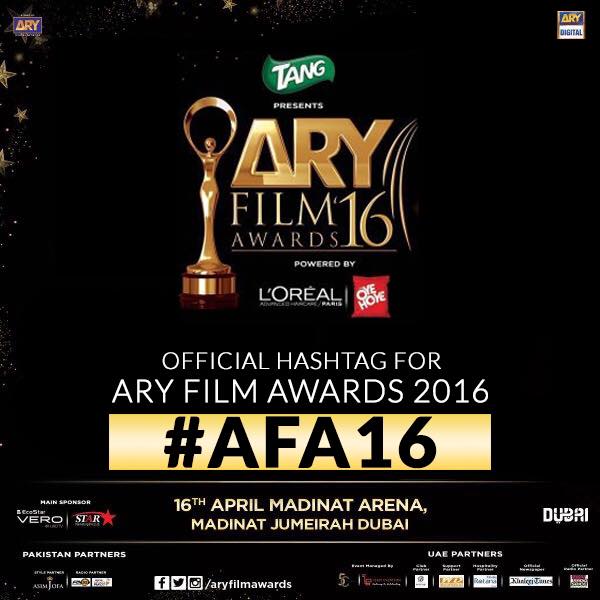