Hina Dilpazeer is a Pakistani actress, television presenter, and a director. She is best known for her role as Momo in ’Bulbulay’. The way she acts Momo’s role earned her a lot of appreciation, love, and respect from the audience. Bulbulay became the most-watched drama because of her strong performance.

Hina was in UAE when she started her career in radio. She used to write and perform radio plays which is quite a difficult job but she did it because it was her passion. In 2006, she came back to Karachi and gave her debut in ’Burns road ki Nilofar’, a telefilm by ARY, which was highly appreciated by the public. She then appeared as a supportive role in many famous serials.

Hina Dilpazeer is blessed with a boy named Mustafa. He recently got married and is living a happy life with his spouse. Hina, her son, and daughter-in-law appeared on the set of ’Geo subha Pakistan’ for the very first time. The whole set was decorated like a wedding stage to welcome the newly wedded couple.

Mustafa and his wife seem to be happy with each other. May they stay together forever.

Have a look at their pictures at Shaista’s morning show. 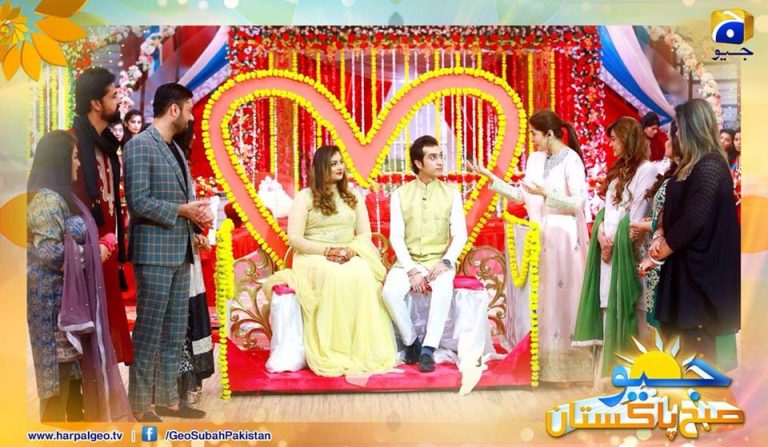 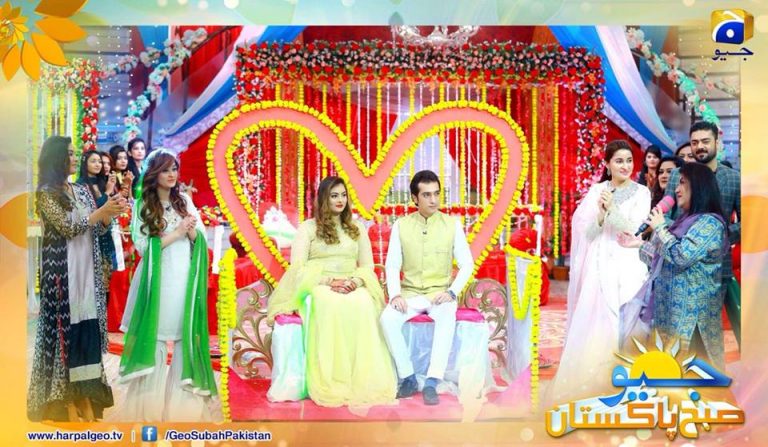 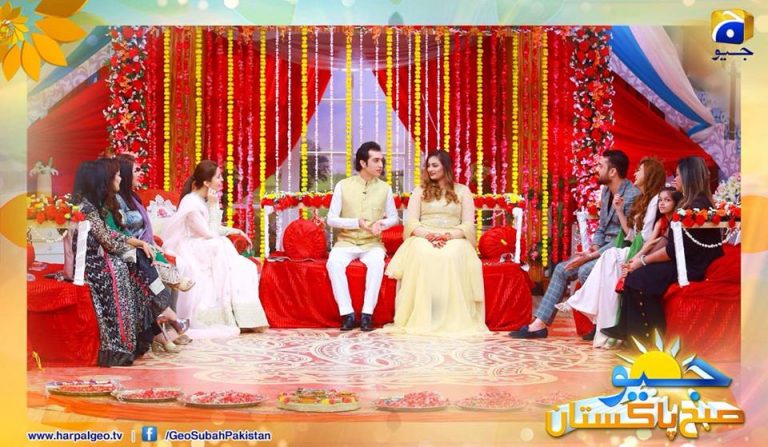 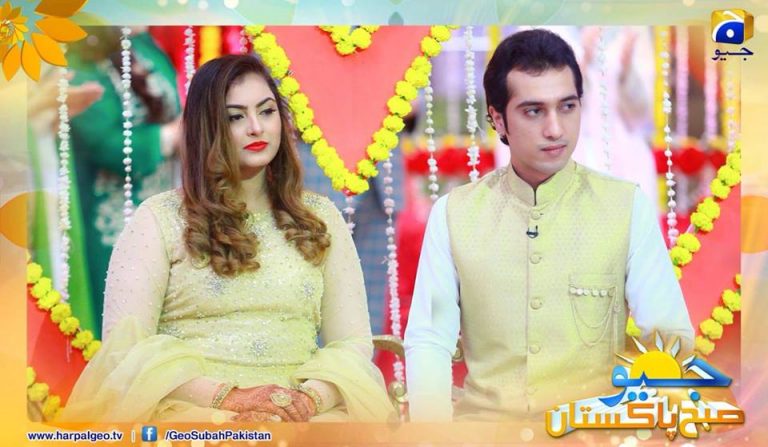 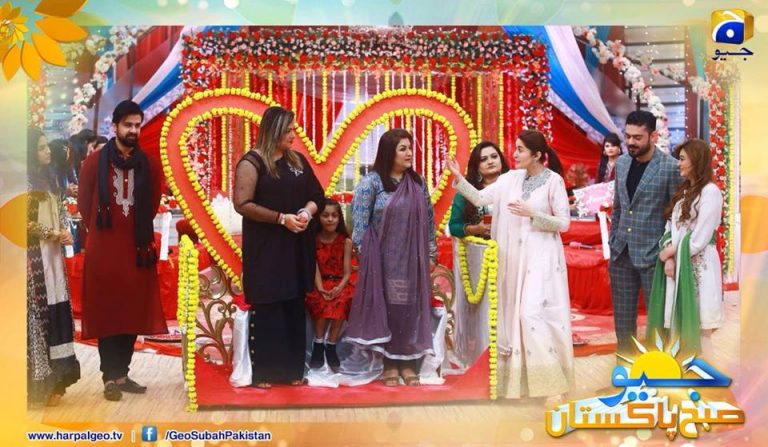 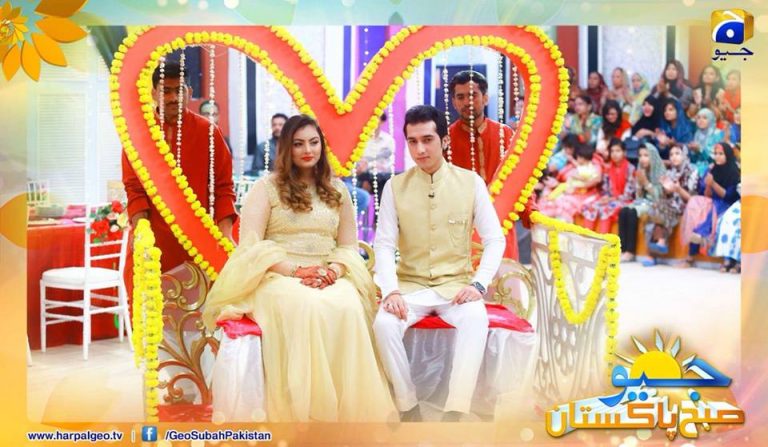