Ali Safina is a famous actor in Pakistan, famously known for his character Taka in the Baarat series. His character of Maskeen Ali from Chupkay Chupkay also received a lot of love and appreciation. Ali Safina is married to an actress Hira Tareen. Recently, the couple made an appearance in Time out With Ahsan Khan. In the show, Ali Safina passed some comments about Mahira Khan. He said that Mahira Khan is Shahrukh Khan of Pakistan. 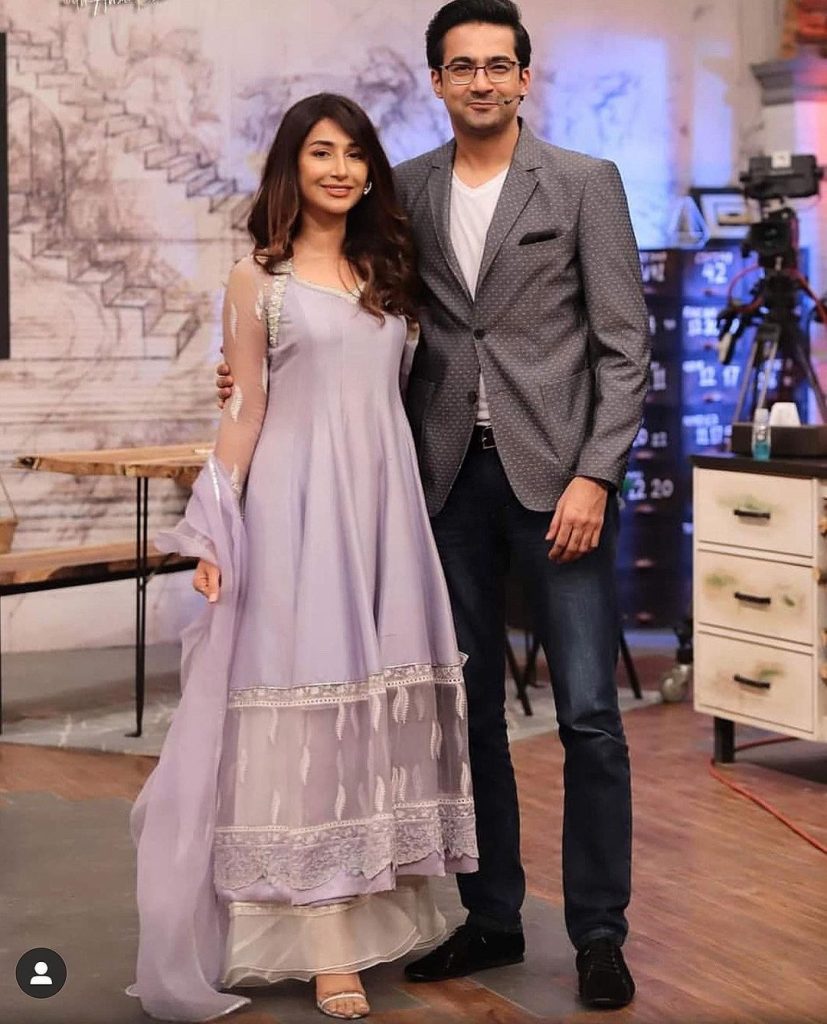 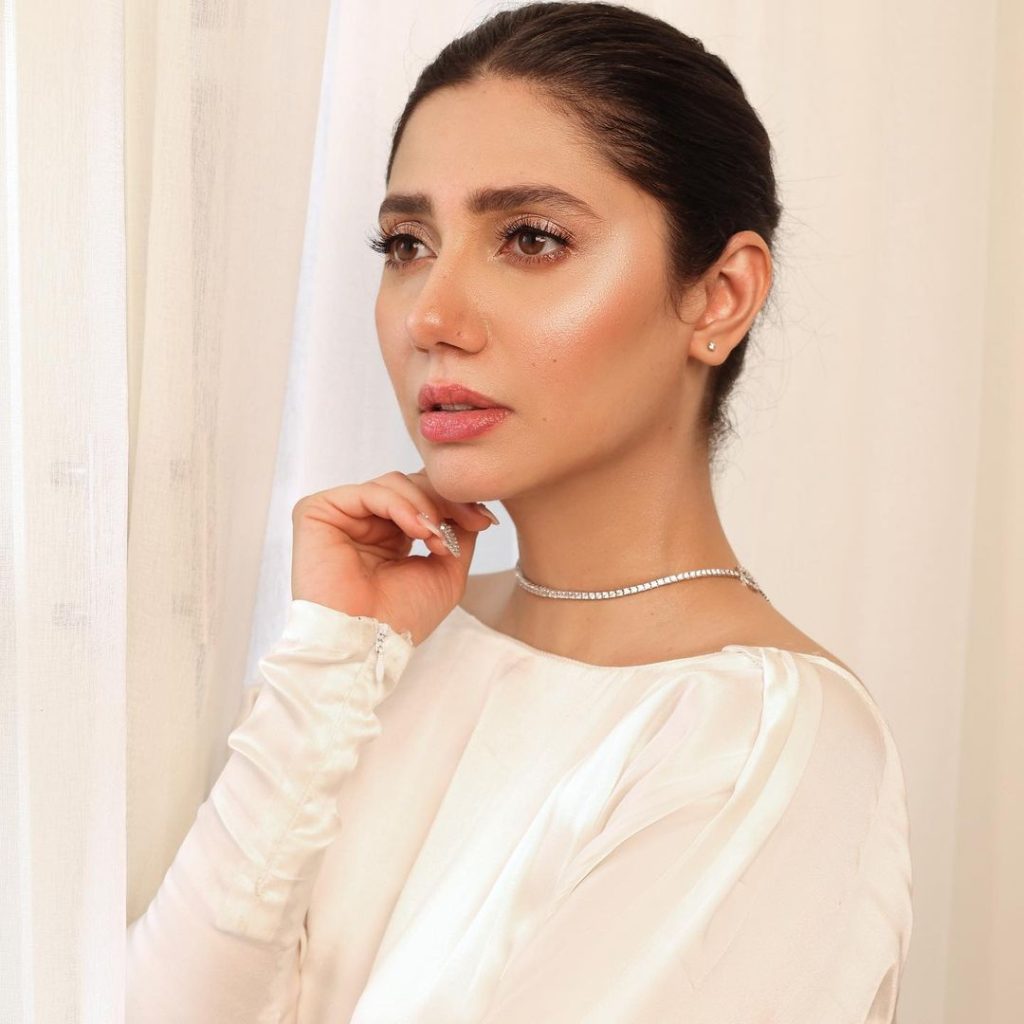 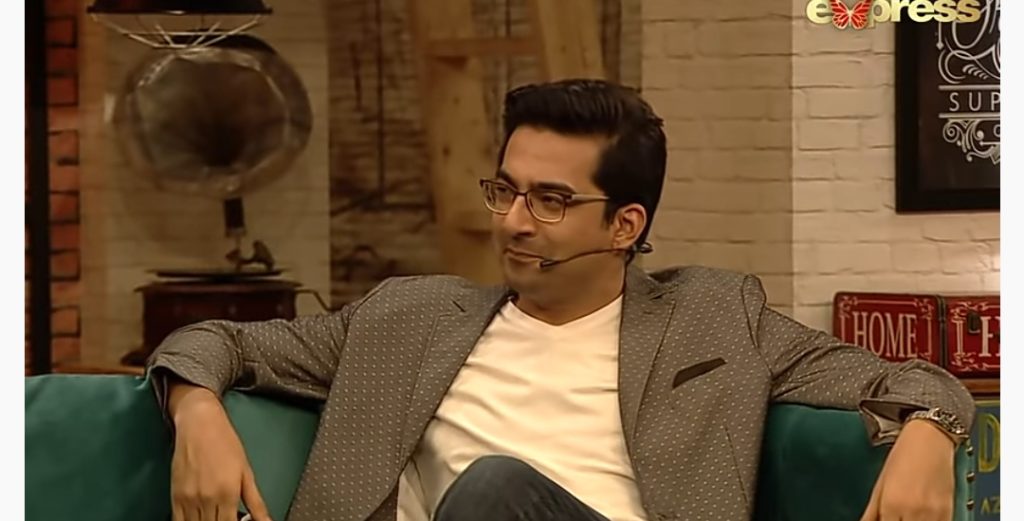 Mahira Khan enjoys a great fan following and Mahira’s fans got offended by Ali Safina’s remarks. In a recent Instagram Q/A session, Hira Tareen shunned the trollers while answering a question she wrote: “I don’t understand why it is blown out of proportion. We both are fans of Mahira. Yet a lot of times we both disagree on a lot of things as well. What you guys have to understand is that the question of these shows are designed to either bring out fakeness and diplomacy which you guys don’t appreciate either or if someone happens to be honest once in a blue moon everyone loses their mind. What’s with the double standards? For one moment, Ali just stepped into the shoes of being the audience rather than being an actor and said what he felt. I don’t think Mahira would actually even be bothered by it secondly no one else should be either” 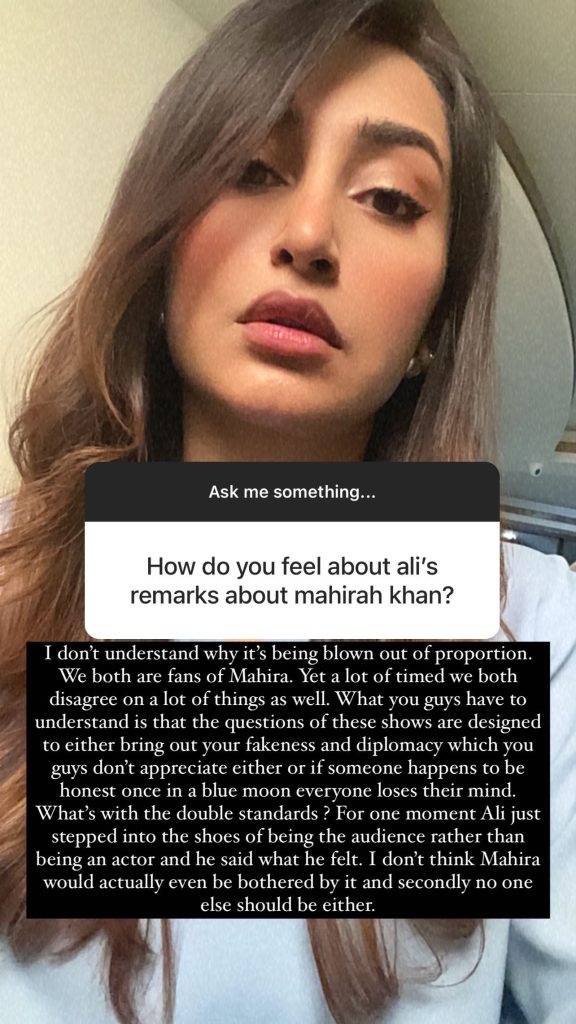