Homeland has the reputation of being the most anti-Islamic show ever produced in the history of American television. It basically shows all Muslims as terrorists , misogynists, conspirators, back stabbers whom a brave American woman must defeat to save America. With Pakistan being the new whipping boy of the world it was no coincidence that season 4 was set in Pakistan ( Although I didn’t know Cape town was a part of Pakistan) LOL.

The one good thing about season 4 was it’s simple story. If they had just broadcasted this line throughout Season 4 with a teleprompter ‘ We hate these Pakis’ the message would have gone across. I will not subject my readers to the torture that was the story but let us focus on it’s major falsehoods. First of all Islamabad one of the most green and beautiful capitals in the world is depicted as a rotten, violence filled hell-hole with constant violence. Pakistanis are almost all duplicitous , violent whom the brave ( and racist, Islam phobic, and possibly semi-crazy) Carrie must deal with. 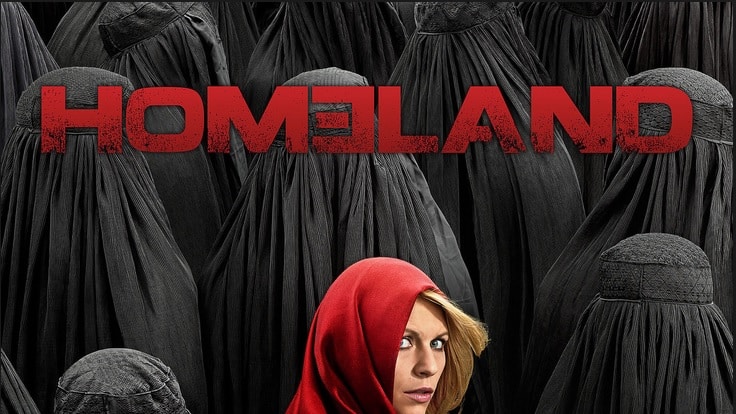 Also it seems the American failed miserably in the language department. Literal translations from English to Urdu done by Google is used which create some really hilarious sentences like some body condoling a death by saying ‘ mujhe maaf Karen’ A translation of ‘I’m sorry’.
The actors accent is dreadful too.

As usual The show follows the long-standing tradition of hiring Indian actors to play Pakistanis. Infact the only one remotely related to Pakistan is the actor Art Malik who came to the UK from Pakistan at the age of 3. He is as much in touch with the culture of Pakistan as I’m with the life of people living in Uganda or Mongolia. Infact sometimes I think our neighbors take a great delight in playing these stereotype Pakistani characters with the added benefit of American scale salaries sweetening the deal. While researching I came across a venomous article written by the Washington correspondent of the ‘Times of India’ which ridiculed Pakistan’s protest at this show and called the country ‘ Denialistan’ as well as a whole lot of other nasty things. As a Pakistani I was disgusted to see the comment section flooded by Americans and Indians ( Who waste no opportunity to ridicule Pakistan) abusing my country non-stop. What saddens me is that you will never see Pakistanis indulging in such kind of propaganda against India. 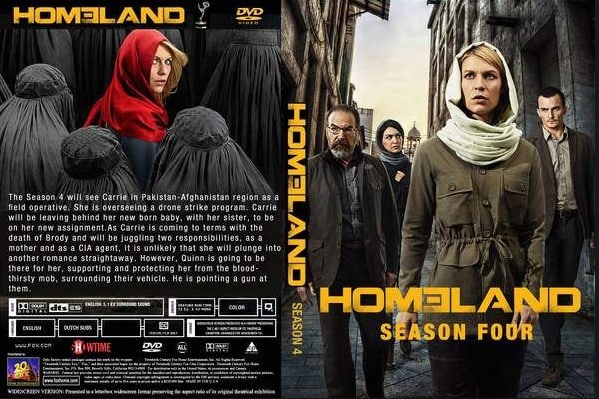 The show’s dialogue sometimes degenerated into abuse for example one character says Pakistan is not really a county but an acronym. I had a good laugh after reading this. This a classic case of pot calling the kettle black! I mean USA anyone? Isn’t it an acronym? The show basically sees Americans abusing Pakistan and flaunting it’s laws.

The show’s main focus was to show how backward we are! I mean the promotional picture had the lead looking backward in a crowd of Burqa-clad women. Like some body made a comment on ET before the show was aired that ‘I can’t wait to see Carrie sitting in a crowd of bearded men looking at them nervously in Islamabad’s Lava Café!’ Somebody wrote a sarcastic blog on DAWN called ‘ Homeland- The most accurate show set in Pakistan’. Unfortunately I don’t have it’s link. If any body has one then please provide it here.

This article is a result of Areeba Mohsen’s request about me writing an article on stereotypes of Pakistan in American entertainment.