Hum Saath Saath Hain, a telefilm with Pakistani artists for an Indian Channel

An Indian channel named Zee Zindagi is starting its transmission in June 2014. This channel will air considerable Pakistani content including dramas and telefilms.  Zee Zindagi is also interesting in producing dramas in market for which it is producing a tele film named ‘Hum Saath Saath Hain’ in Karachi with Pakistani artists. The tele film is first in a series of six tele films which the channel has plan to produce in Pakistan.

The tele film Hum Saath Saath Hain, is a remake of an Indian film with the same name. Muskaan Jay, Asim Mehmood, Sajjal, Rose, Haneef, Humera Baano, Junaid Akhtar and Samiya Naaz are in lead roles in this tele film which is directed by Sirajul Hassan. Its shooting is already underway in a bungalow at seaside of Karachi. The tele film will show wedding sequences of both Muslims and Hindus. 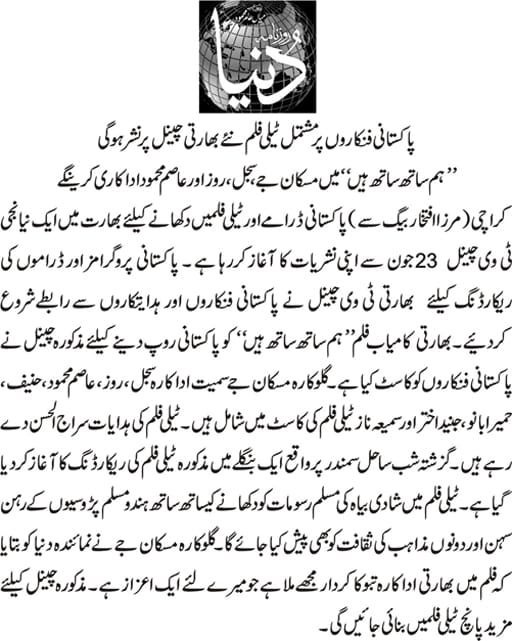 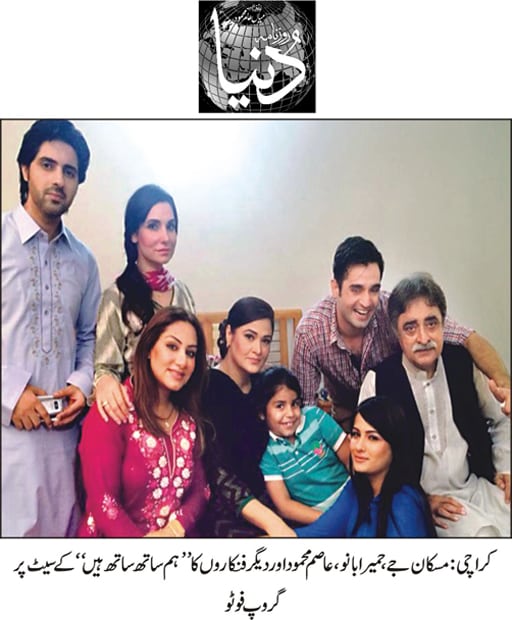