Humayun Saeed and Mahira Khan worked together in the film Bin Roye which was also shown on television in the form of a drama serial. Their on-screen couple was criticized a lot for two reasons. Firstly, there were rumors that Fawad Khan would be playing the lead in the film therefore when Humayun Saeed’s name was finalized for the role, the fans obviously were not happy. Secondly, many viewers were of the opinion that Mahira Khan was much younger than Humayun Saeed. 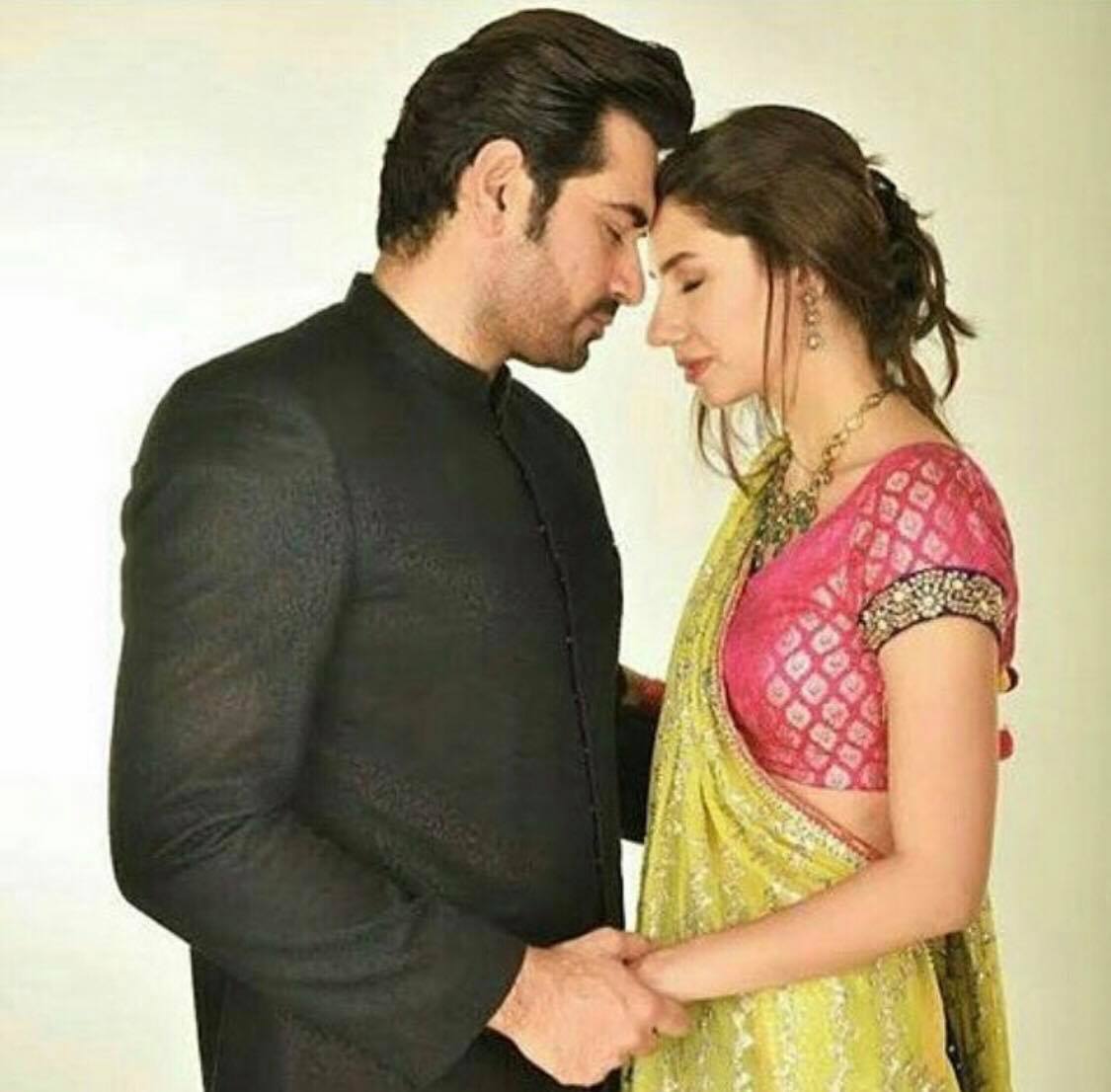 Humayun Saeed often mentions in his interviews that age is just a number and he does not intend to give up on hero roles anytime soon. In his recent film Jawani Phir Nahi Aani 3 however he clearly let Fahad Mustafa take the lead. Humayun Saeed is also one of those very few stars who take criticism really well. 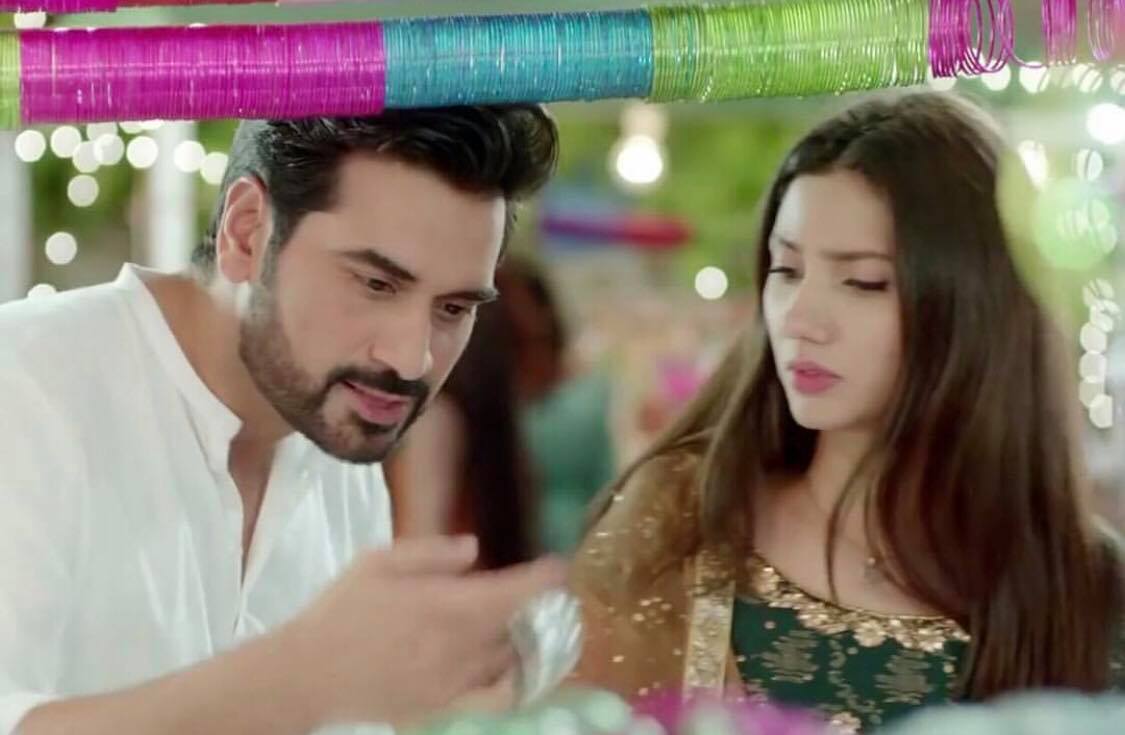 Mahira Khan is in the news lately for her upcoming film Superstar but lately the comments Firdous Jamal made about her got more attention than anything else. 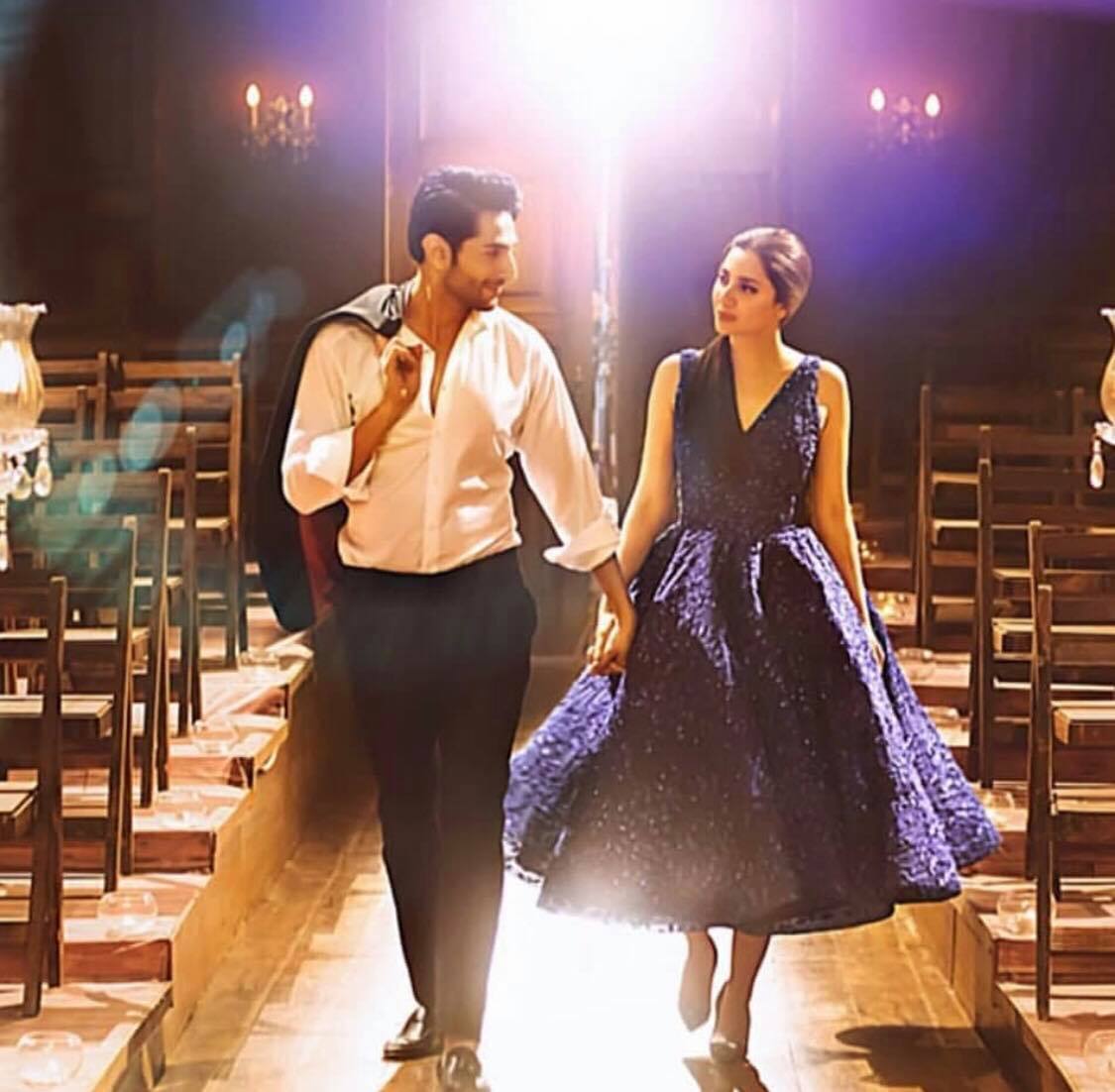 This time around Humayun Saeed got some serious criticism and was mocked after he ‘condemned’ Firdous Jamal’s comment regarding Mahira Khan. He also termed Firdous Jamal’s remarks as ‘rude’ and appreciated Mahira Khan for her hard work. 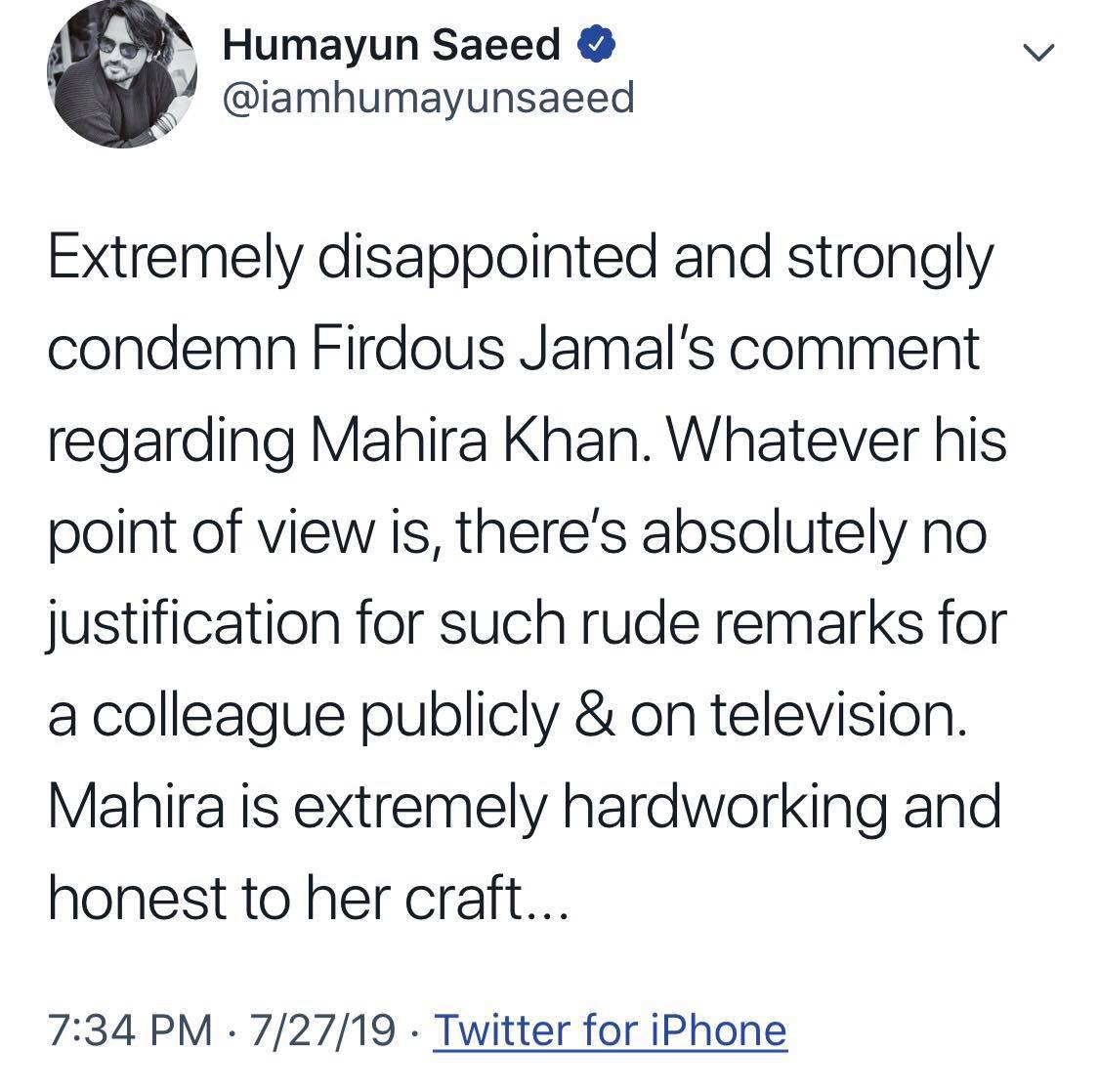 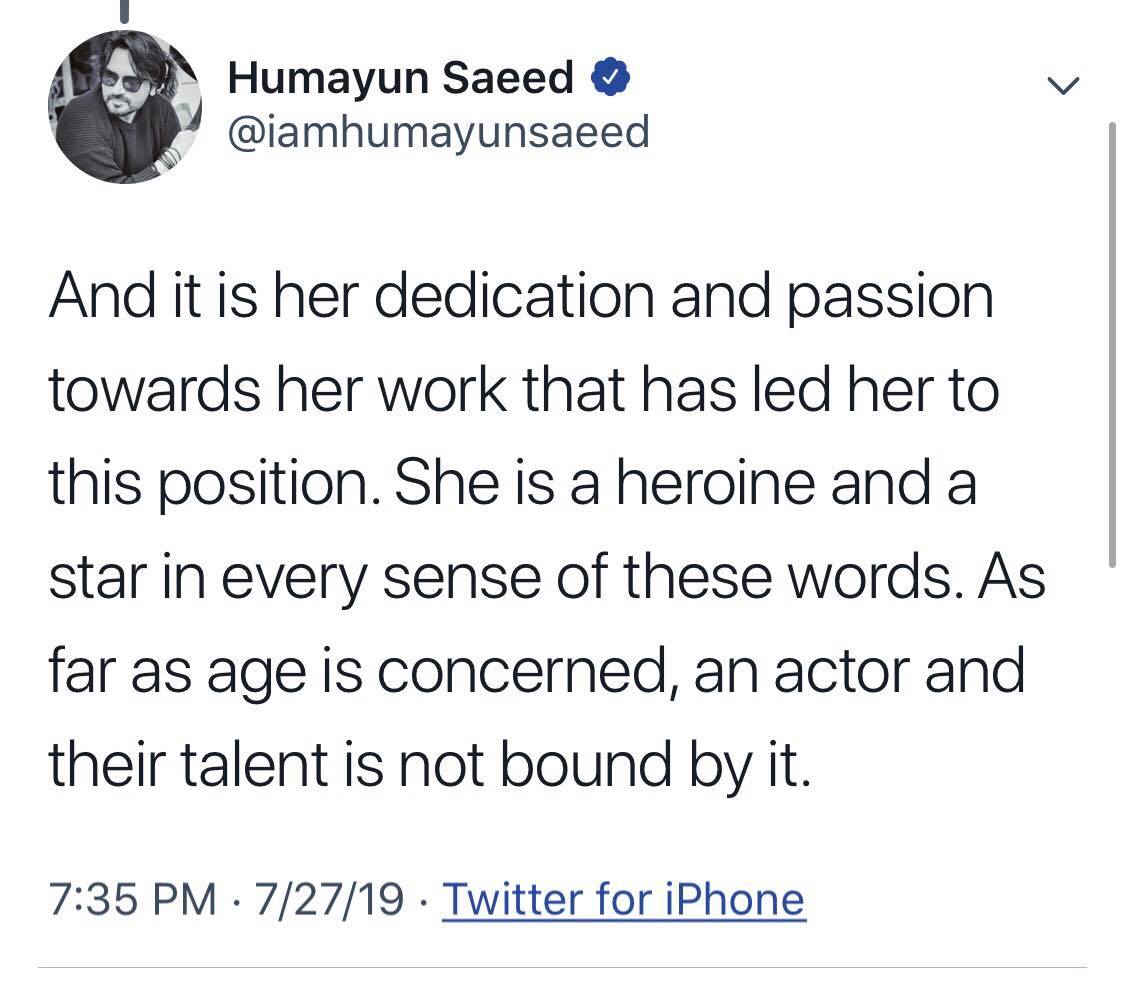 He also defended the age issue saying that for an actor talent mattered more than age. Humayun Saeed has always been of the opinion that an actor’s age does not make a difference, his talent and star power does. 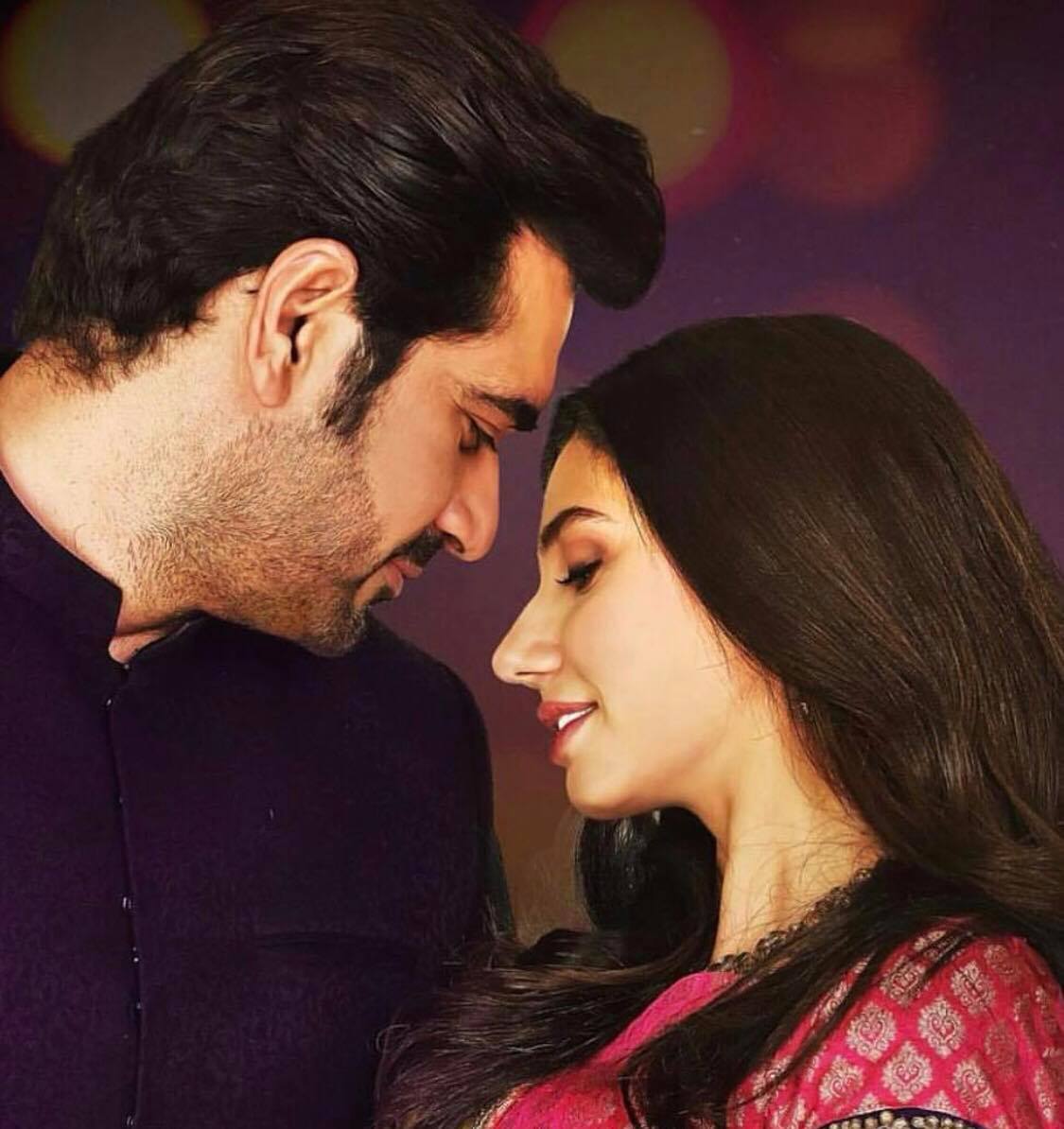 The twitter users as a response mocked Humayun Saeed more than Mahira. Some of them said that he was obviously going to defend Mahira because he too was over aged. 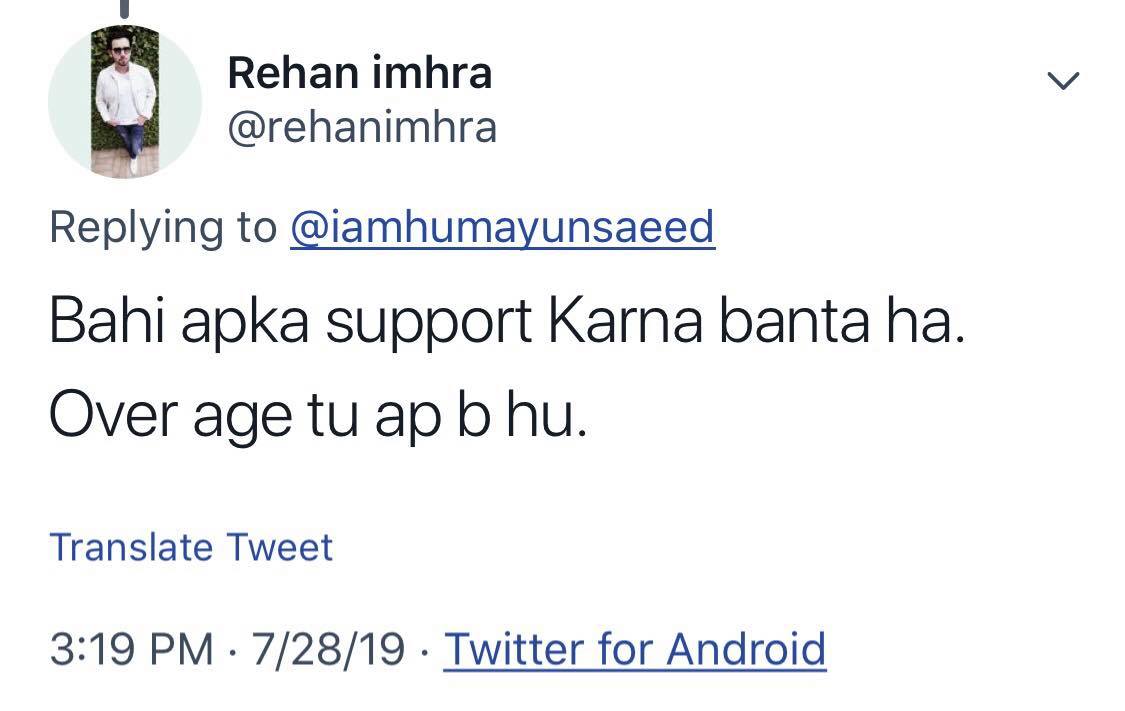 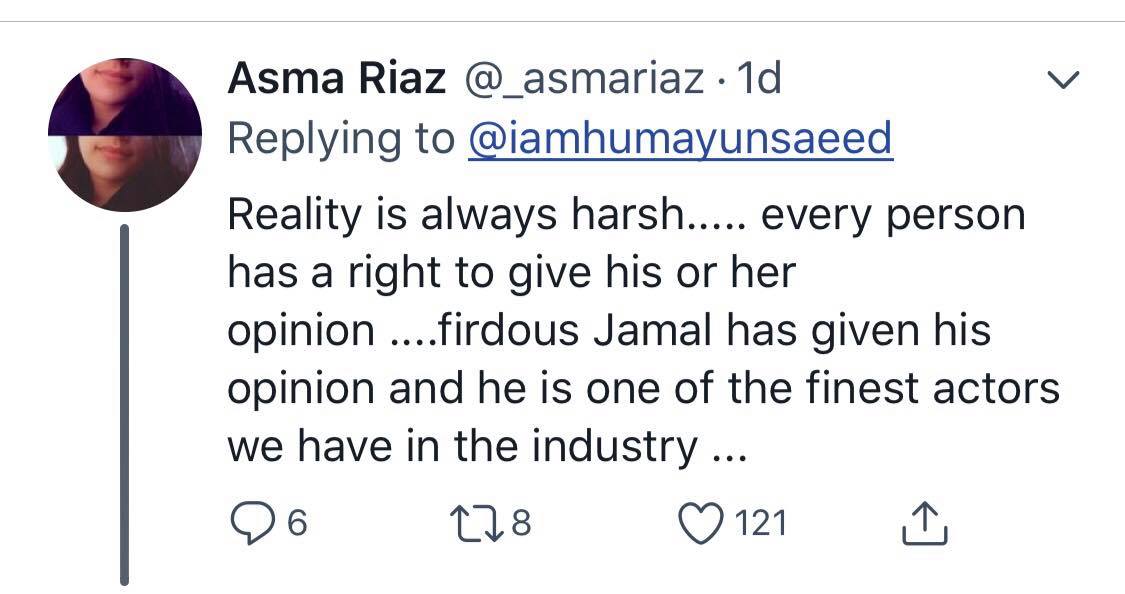 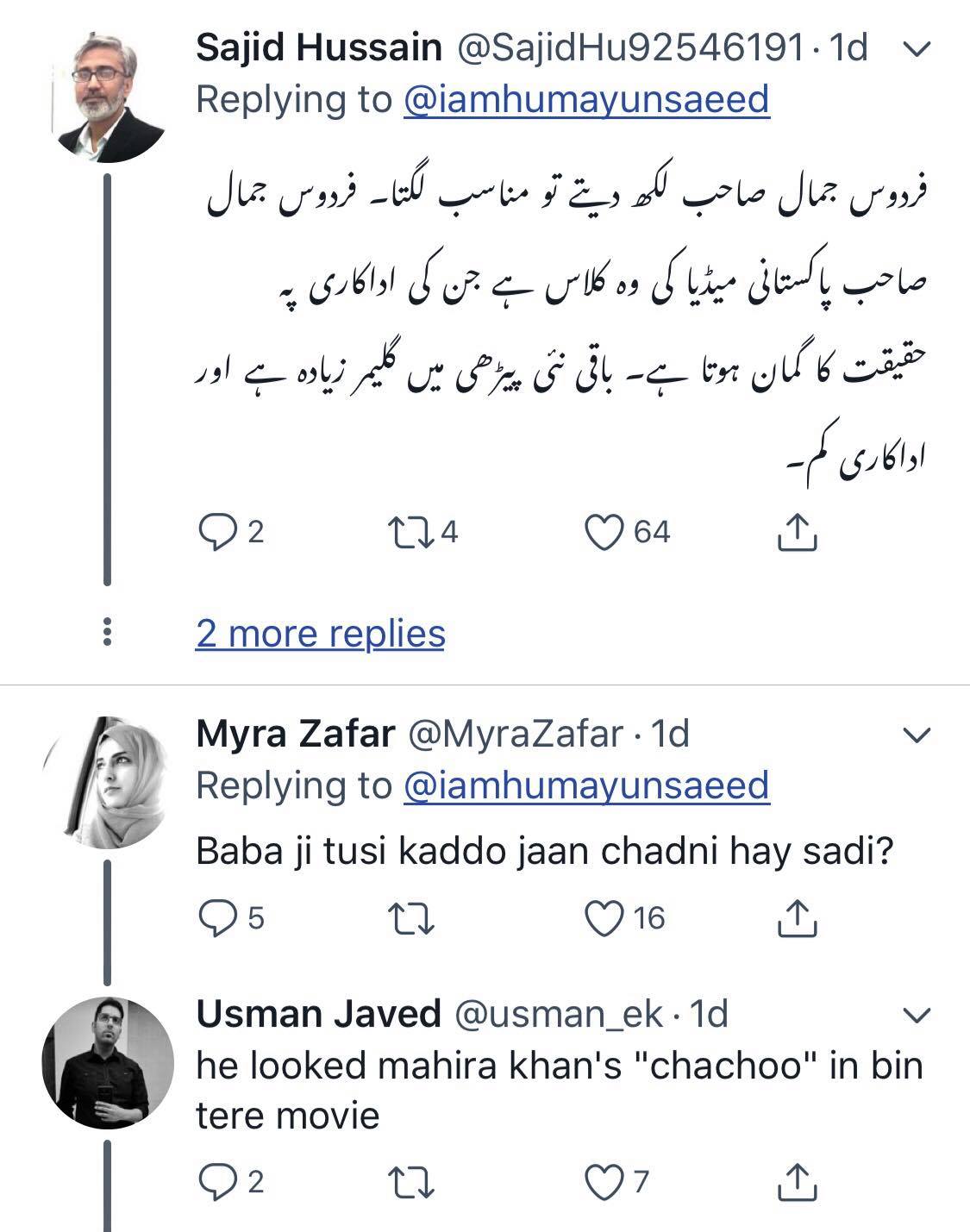 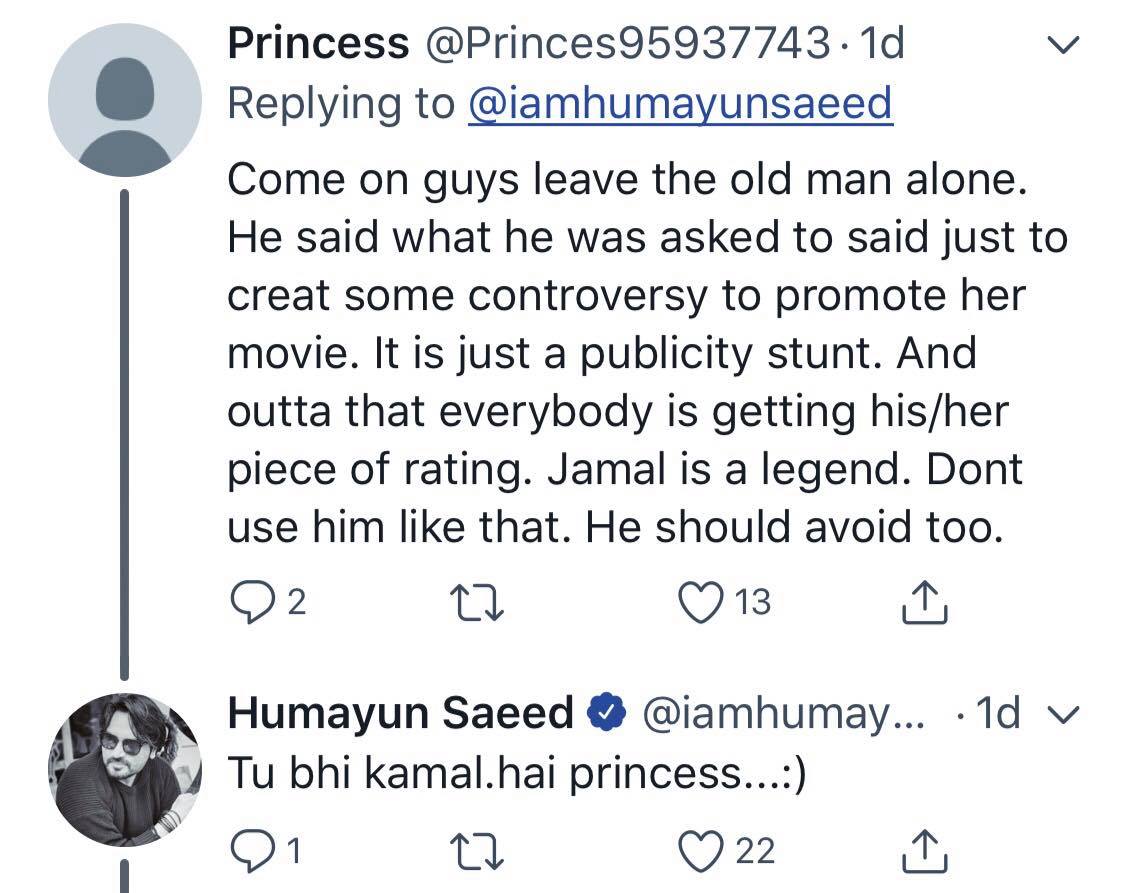 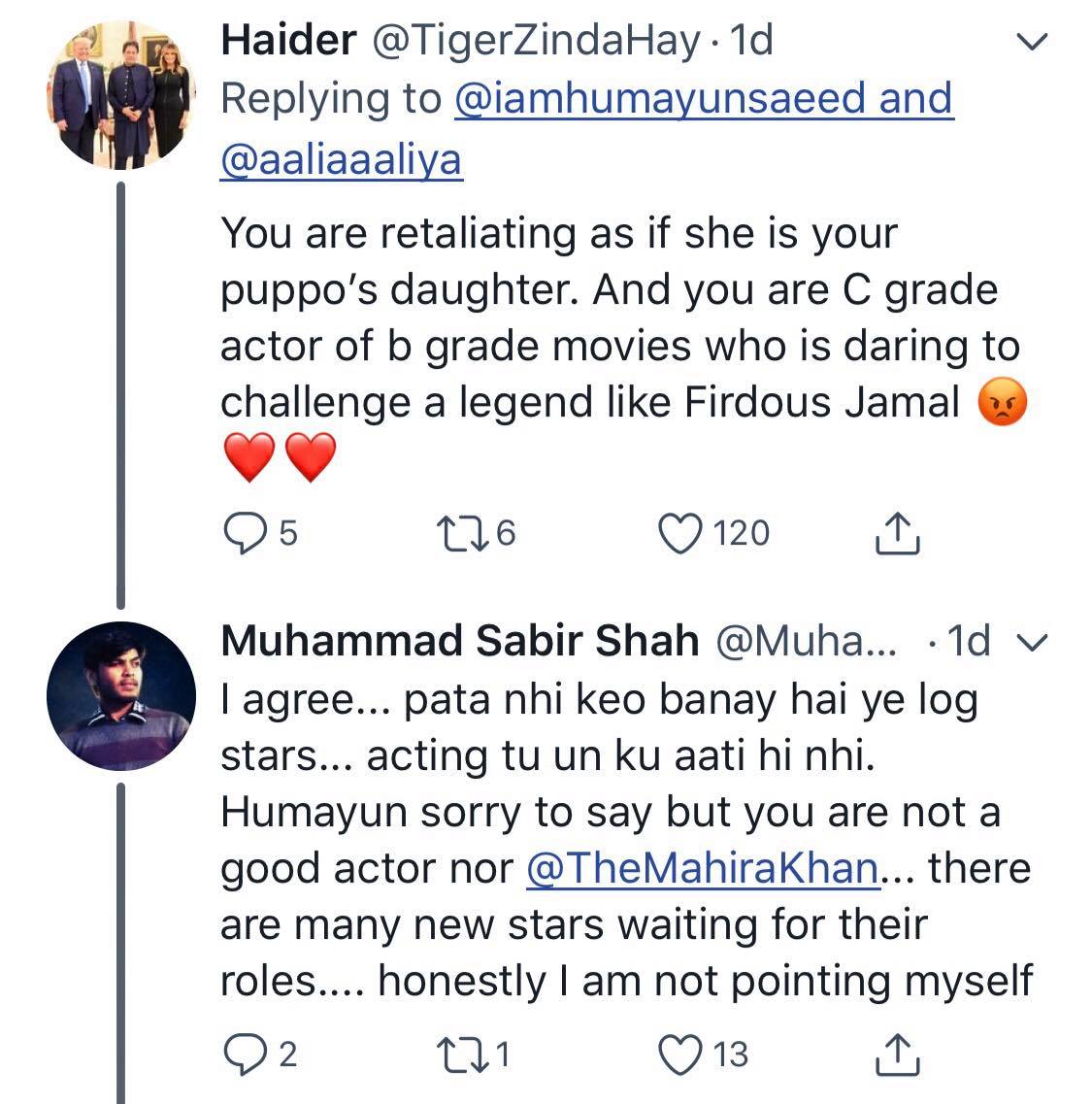 There were other users who were of the opinion that Firdous Jamal was absolutely right in his remarks! There were also a lot of people who started comparing Mahira Khan’s acting with Saba Qamar saying that Saba Qamar was a much better actress. 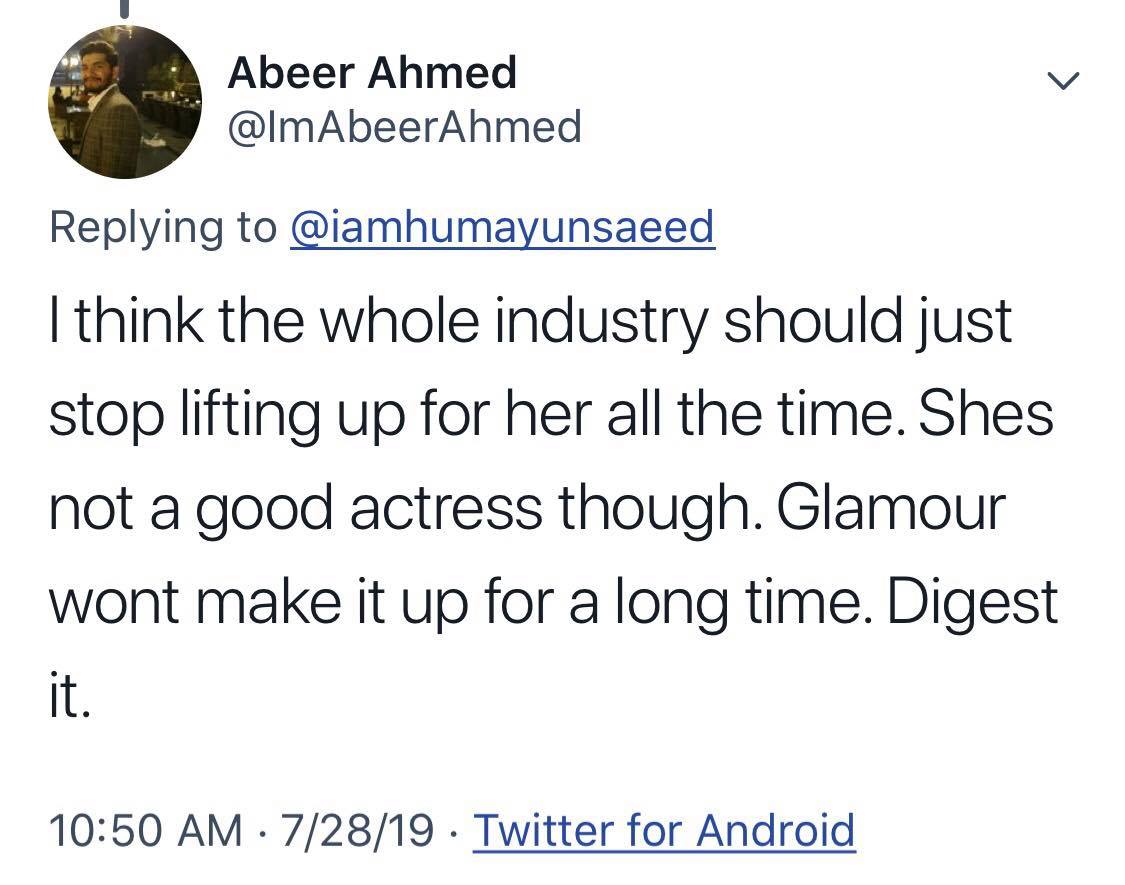 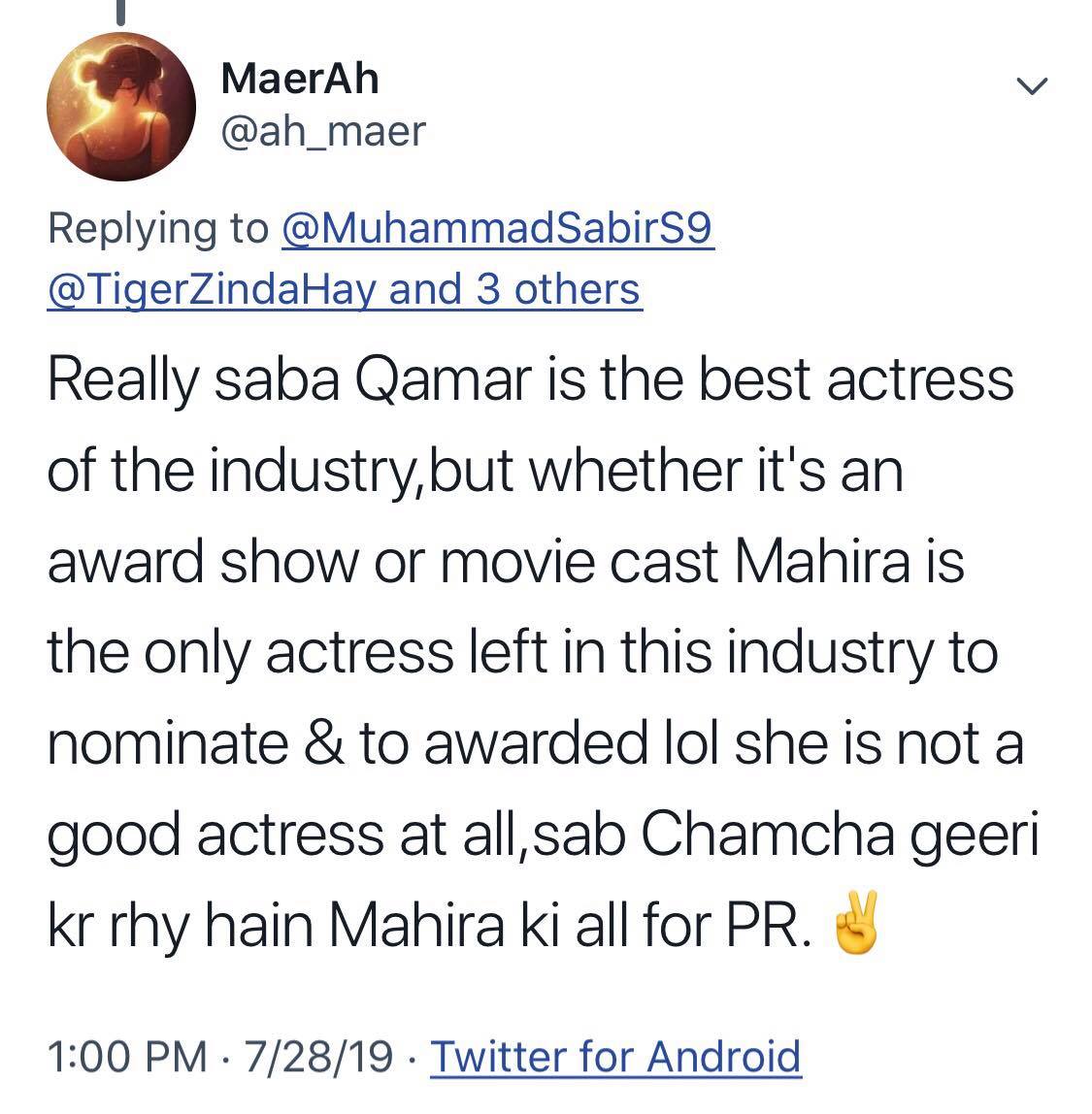 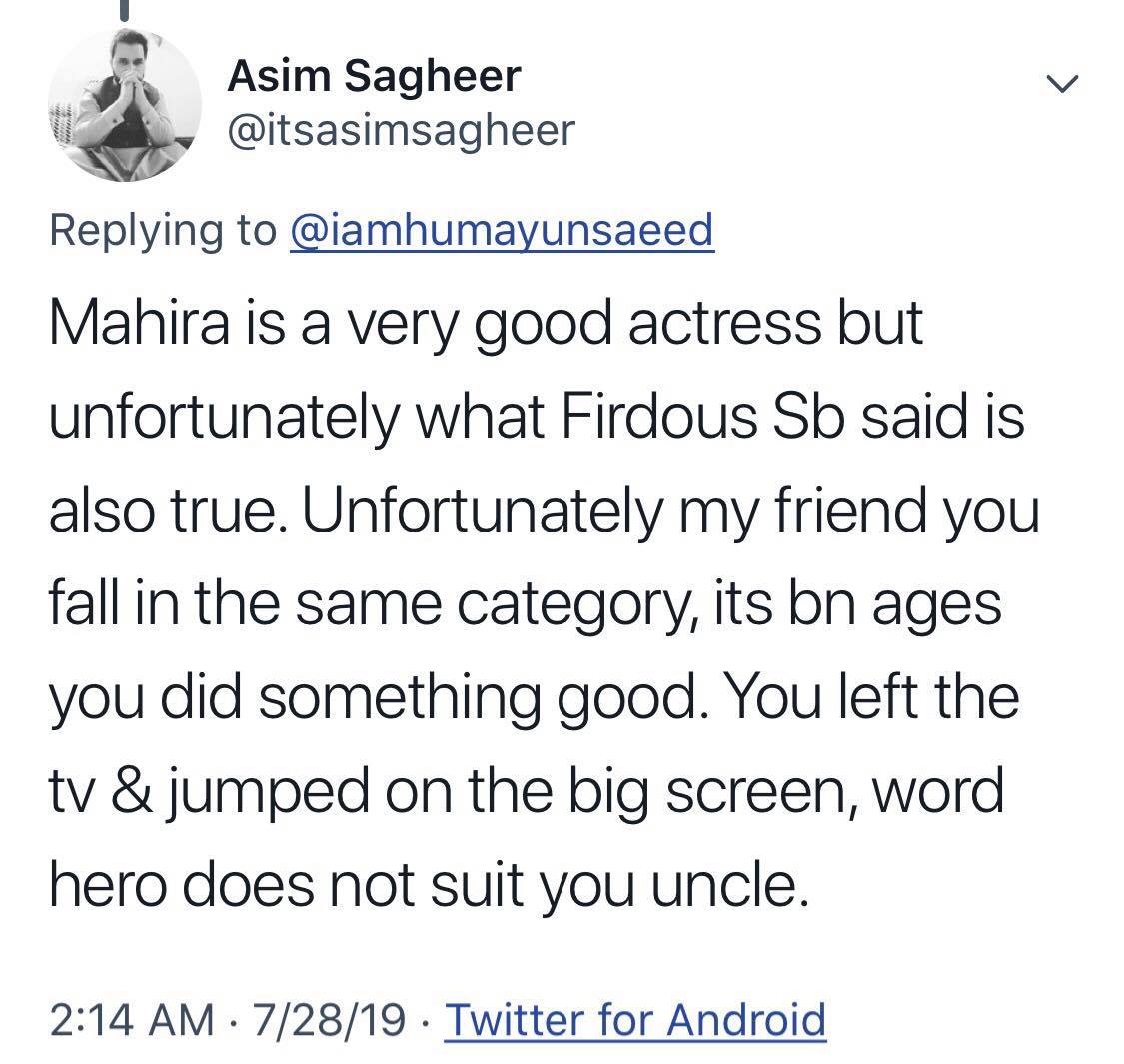