“I don’t blame Fawad Khan for what happened at the HUM Awards, Sultana Siddiqui was the one at fault.” – Badar Khalil

Last year the HUM Awards were clouded by controversy when Badar Khalil who was there to receive a life achievement award left her award on her seat and left the show shortly after she received the award. She talked to Dawn News even at that time and said that she was appalled by the treatment meted out to her on the award show. Apparently she was asked to sit in the backseat because Fawad Khan had to sit in her place.

Badar Khalil left for Canada shortly after this incident so no one ever got a chance to ask her what had happened in person. Also, she announced that she was not going to continue with acting because she was done with it after everything that happened at HUM Awards.

Faisal Qureshi invited Badar Khalil to her show. She said that she had forgiven everyone but even then she narrated the incident once again, she said,

“I had just received my award and I was sitting in my seat right next to Sultana Siddiqui in the front. She got a call from Fawad Khan, I could hear he was saying that he won’t come to the show if he did not get the front seat to sit with her. That is when Sultana Siddiqui asked me to go sit in the back seat. My problem with this whole thing was that why didn’t she ask Momina Duraid, her daughter in law who was sitting on the other side to leave her seat for Fawad Khan.” 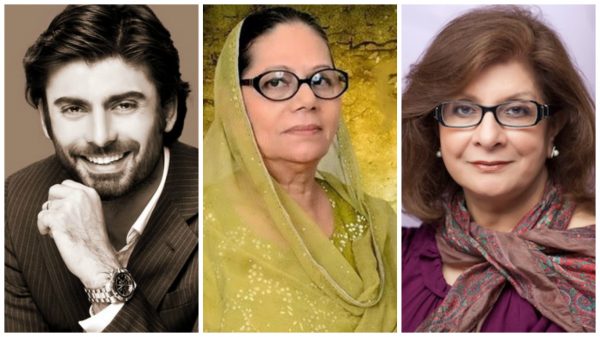 She said that she did not blame Fawad Khan,

“It wasn’t Fawad Khan’s fault, it was Sultana Siddiqui’s fault because as a host she was the one responsible for this decision. When she asked me to go sit in the back I left my award there and left!! These awards mean nothing to me, they are nothing but decorations. What really matters is the respect we get when we are invited to these award functions.”

Badar Khalil said that PTV gave her life achievement award too and they truly gave her the welcome and respect that was fit for someone who was getting such an award. She said,

“I cannot be fake, I cannot sugar coat things. Now the same Sultana Siddiqui who did this to me met me like nothing had happened! I cannot do that. I have given this industry 50 years and I have done it all on the basis of my talent. I have never resorted to buttering to get anything in m career.”

Badar Khalil also said that she was leaving for Canada and had no plans of coming back. She said she wanted to teach acting there if everything worked out.