This episode was extremely emotional; it was heart-wrenching to see a beautiful love story come to an end. Even though the OST was used very generously in this episode but except for one scene in which Ramish was sitting on the bench mourning his loss, I did not feel the need to forward any other scenes since they added the right kind of emotions to this episode. It is very difficult to make a simple love story work because we see them on television all the time but so far Tum Kon Piya team has managed to make this particular love story very relatable. It evokes the right kind of emotions in the viewer and you understand the sense of loss Elma and Ramish feel. The primary reason for this is that the characters are likeable, the direction is superb; especially the fantasy scenes are exceptional and the sizzling chemistry between Ayeza Khan and Imran Abbas make you connect to the way they feel about each other without doubting their feelings for a second even though this too was a classical case of love at first sight. 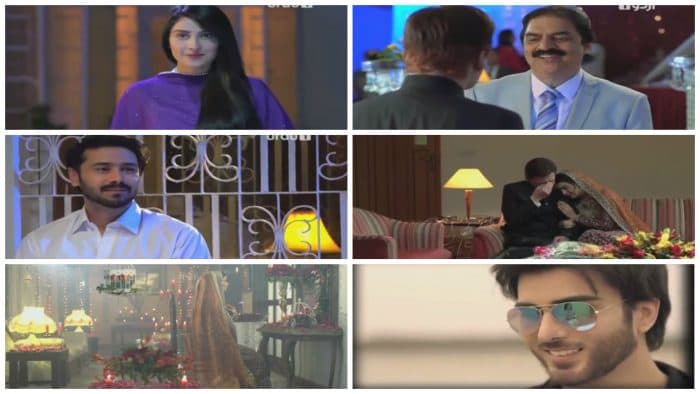 Elma’s wedding was covered in detail in this episode. There are very few dramas which cover all the details. I am glad this episode was dedicated to the wedding alone because all the aspects were covered nicely. Just like all the previous episodes, this one too was visually very pleasing. Waqar Ali failed to see the differences between the two families which should have been apparent therefore when he heard Zarbab’s mother and sister criticizing the food and the arrangements he was taken aback. Although Ramish’s father employed all the wrong methods to have his own way but it was good to see him ‘acknowledging’ what Waqar Ali and Elma had done for him. 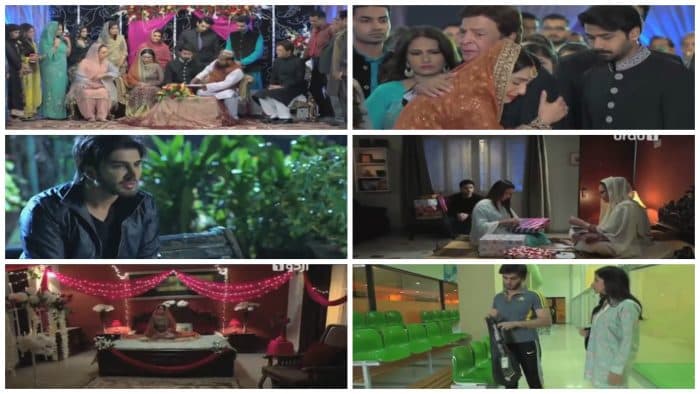 Sharafat begum’s insecurities were further highlighted in tonight’s episode but Zarbab didn’t exactly follow his mother’s orders. The one thing weighing on Zarbab’s mind more than any other is the fear that Javeria might attempt to create problems for him, therefore he addressed that issue first and everything else came later on!! It was funny to watch Zarbab saying all those things to Elma about forgetting the past, it went to show how scared he was of Javeria even now. What he said after that about his family and how Elma might have to put up with a few things she is not used to dealing with went to show that his heart was in the right place. Zarbab likes his new wife and he wants to make his marriage work but the fact is that it doesn’t really matter what he wants because at the end of the day he is completely helpless in front of his mother. He will never be able to take a stand for Elma.

Arif’s character might prove to be a bigger problem for Elma and Zarbab than Sharafat begum. The preview of the next episode suggested that Arif was not willing to give Elma the respect she deserved because he already looks down upon her. 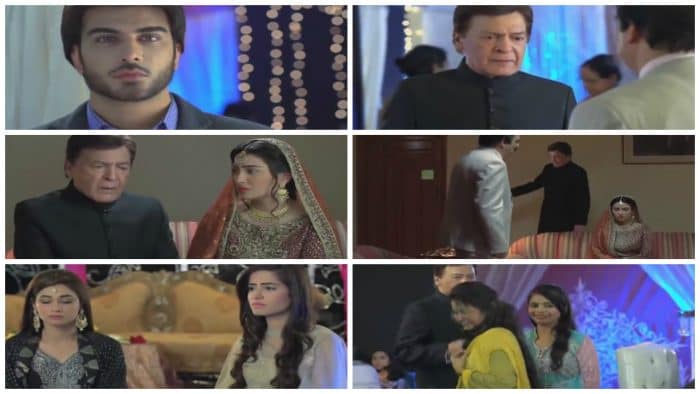 Ayeza Khan was exceptional in tonight’s episode, she managed to translate Elma’s feelings on screen without overdoing it although those scenes were very long. The director made use of the OST and imagined conversations to break the monotony. Imran Abbas also performed really well in all the scenes but he was brilliant in the scene in which Sunbal and Ramish meet. He looked detached and lifeless. Sunbal finds Ramish interesting which I guess is fair enough because he really is one-of-a-kind! Sunbal is interested in Ramish but so far she is not desperate to have him in his life.

The best thing about this episode was that it made me feel for all the characters. Ramish and Elma’s loss was heartbreaking – they could have been so happy together but they are being forced to live a life they didn’t choose for themselves. Waqar Ali’s concerns after overhearing Sharafat begum and her daughter’s conversation made me feel for him too – it was too late now and there was nothing he could do except hoping for the best for a daughter he loved so much. Elma’s sisters felt lost without their Aapi, something that was conveyed well in a short scene.

How many of you feel sad after watching this episode? Do share your thoughts about this latest installment.