Like all other TV channels Geo Television has also put together special Ramazan transmission as well. I wrote in another article as well that the special Ramazan shows do not focus on the essence of the holy month but sadly enough the ones that are designed especially for Iftar timings as well fail to impress the audience. The reason being that the hosts may appear on your TV screens and beg you to help those in need but you can’t ignore that the makers of these shows forget that Islam firstly and fore mostly is a religion which promotes simplicity. Big lavish sets that look more like palaces speak volumes of the hypocrisy of the people who sit in them and talk about Islam. Not only this but the people who conduct the shows do not refrain from wearing heavy make up. Even a person with very little common sense can see the materialistic approach of most of these hosts. Does Islam allow men to wear make up, even if it is for television? When the people who are behind these shows and those who are conducting these shows cannot follow the very basic rules of Islam, how can they expect people to take them seriously?

We see dramas and shows all through the year in which all these channels show just how many finances they have so if they didn’t opt for impressing the audience with the glitz and glam in these special Ramazan shows it will only be appreciated.

Doesn’t glamorizing these Ramazan shows mean that we are promoting the wrong image of Islam? Why can’t we promote simplicity and modesty through these shows? These shows are fast becoming a part of the rat race too – who has the best set and who gets the more TRPs!

After all it is show business; therefore our TV channels fail to leave the “showing” part aside or more of showing off part aside.How many of you want to see lavish sets as part of these Iftar and Sehr transmissions? Wouldn’t more people be happier if we see more simple settings? Do the lavish sets and the expensive décor seem in line with basic Islamic teachings? Do you think that these Ramazan shows hosts and hostesses should tone down on their make up? I most certainly think that it doesn’t. They focus too much on their looks which at least for me is very off-putting. 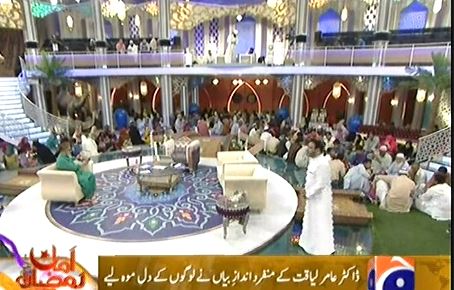 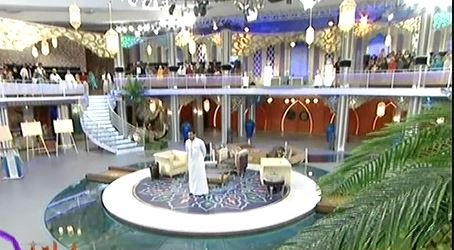 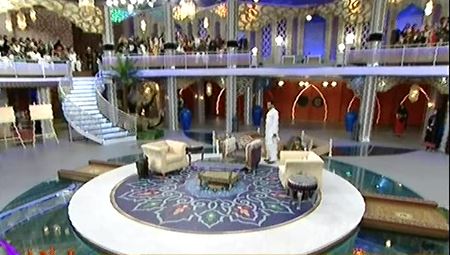 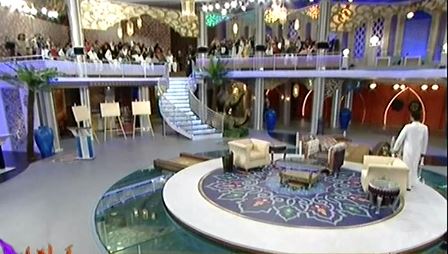