The turn of events in today’s episode was totally unexpected. Faiqa’s plan completely backfired, even after all her “efforts” to ensure that Kiran does not get married to Sikandar, the result was quite contrary to her expectations. Faiqa did her homework well no doubt but she was obviously not expecting Sikandar’s parents to go to Kiran’s house with the proposal for a second time. Jamal’s decision to accept the proposal was a consequence of Irim’s enagemnts breaking off and Faiqa’s direct involvement in the whole issue. That of course was not the sole reason because of which Jamal accepted the proposal; he also feels that Sikandar will prove to be a good husband. Ayesha’s fears that Faiqa and Shaista haven’t expected Kiran as Sikandar’s wife and that would create problems for her daughter may just be prove to be true very soon. 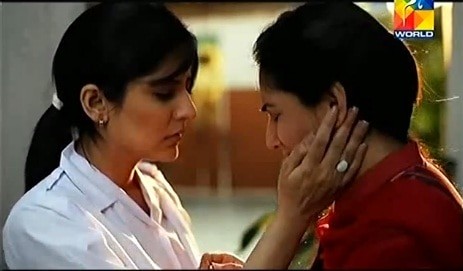 The addition of Kiran’s friend in the drama is definitely a good one; she is the voice of reason. I totally agree with her; Kiran is not duty bound to please Arzoo or anyone else after everything that has transpired between the two families. Her advice to Kiran was spot on; Kiran really should think about what her parents want now and stop trying to please Arzoo because that may just prove to be an impossible feat.

Sikandar takes a U turn once the marriage is finalized which goes to show that to him his happiness comes before everything else. I must add here that I really like Sikandar’s father’s character; he is a very wise and fair person. I also really like Kamal’s character; he has a very high opinion of his brother despite of everything that his wife may say and is also very sensible. Both the women on the other hand are complete opposites! I couldn’t but wonder though that why did Jamal have such a low opinion of his brother. The things he said about him in the first episode went to show that for some reason he did not like him at all.

Adnan does not protest the way Sikandar does; for him his family comes before his own wishes. Rukhsar will obviously feel partially responsible for what has happened since she was the one who wouldn’t let her mother go to Kiran’s house to ask for her hand in marriage. I really enjoyed the scene in which Rukhsar gives Faiqa a piece of hee mind and Faiqa listens so patiently. The only reason she listened to Rukhsar’s rants was because she was very focused on convincing her mother!

The preview for the next episode showed that Sikandar and Kiran will finally meet face to face first time after the engagement, Sikandar asks Kiran directly if she is happy with the engagement or not – what will be Kiran’s answer? Whatever it may be I guess we all know by now that it won’t change Sikandar’s mind at all. Faiqa and her husband continuously argued all through tonight’s episode; how did they manage to stay together for all these years? 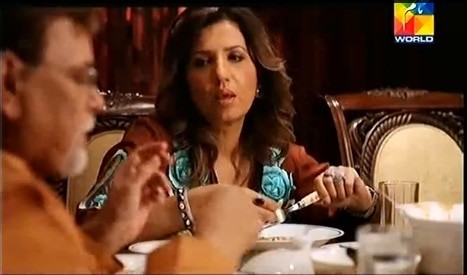 Tonight’s episode was very well directed like always. The story has finally picked up pace and I even enjoyed all the conversations today. All the scenes were short and to the point. The aftermath of Irim’s engagement breaking off wasn’t overdone and we didn’t see Kiran crying all the time either. I have to say that Aabis Raza has put in his heart and soul to direct this project and it shows, it is nothing like few of the other plays I had previously watched which were directed by him. All the actors seem very comfortable in their respective roles and unlike I have absolutely no complaints now as far as the acting is concerned. I am definitely looking forward to the next installment.