Tonight’s episode was an extension of the last one with some very well written and superbly acted out conversations to its credit. Kiran has finally achieved what her mother and mother in law couldn’t – she has made her husband realize that everything that he thought was right till now was actually wrong. She has managed to convince Sikandar that his mother isn’t a role model because she put up with abuse and neither was her father right in disrespecting his wife. Sikandar rightly blames his parents for setting a bad example and I hope that very soon he will be thankful to Kiran for saving another generation from meeting the same fate. This play goes to show that if a woman takes a stand for her self, she maybe able to accomplish a lot more than she ever realized she could. Sikandar has definitely realized that hitting women is not normal and women who put up with abuse are not mazloom but they are buzdul. Sikandar hasn’t apologized to Kiran yet; he may have assured her of his love and he has told her many times that he won’t hit her again but he hasn’t actually told her that he is sorry. He hasn’t taken responsibility for his actions too wholly; he blamed his parents entirely when they were only responsible partially and also he tells Kiran that there were times when she disrespected him too, when she apologizes, he does not reciprocate in kind. 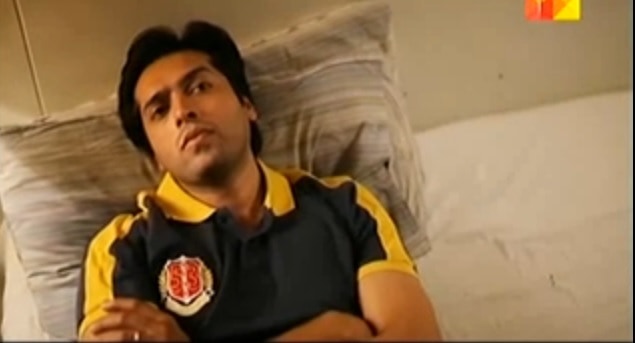 The conversation between Kiran and Sikandar on the phone was very meaningful, every single dialogue was heart touching and very deep. Kiran accepts that there have been times when she did not give Sikandar the respect he deserved and feels no shame in apologizing although she was only disrespectful toward Sikandar as a reaction to his inappropriate behavior. Sikandar hasn’t begged for Kiran’s forgiveness yet and still thinks that Kiran’s desire to be respected is nothing more than zid but he did seem to be more affected by the whole scenario than ever before.  Kiran tells Sikandar that she will try to move on although it will be difficult which goes to show that despite of everything that happened, it won’t be easy for her to let go.

Adnan’s conversation with Kiran was very heart warming. He truly loves Kiran and his love for Kiran is nothing like Sikandar’s love for her. If he was selfish, he would have rejoiced in the fact that Kiran wants to leave Sikandar.

No one supported Kiran but most of the people including her own mother blamed her in some way or the other. Even though after the conversation with Shaista, Kiran’s mother realized what Shaista was actually  capable of but even then she seemed to be making “excuses” in order to console herself. But it was very good to see Aysha defending her daughter, she also knows that Sikandar is wrong but she wants her daughter to give her marriage another chance. Faiqa, Arzoo and Shaista are beyond hopeless. Faiqa and Arzoo have absolutely no self-respect and Shaista continues blaming Kiran. The way Sikandar remained undeterred despite of his parents’ negative opinion of Kiran went to prove that he is still the same person that he was when he got married. Sikandar believes in making his own decisions; nothing that anyone says or thinks matters. 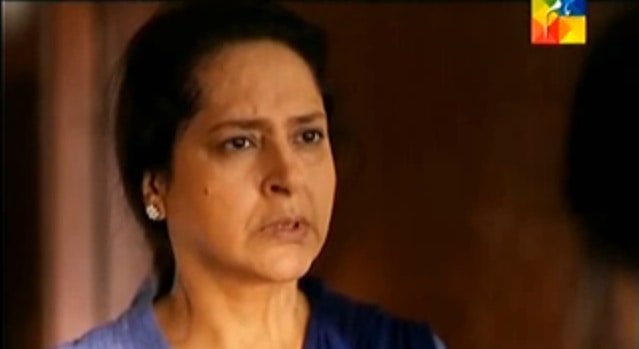 Some of the dialogues in tonight’s episode seemed repetitive but overall this was a very good episode which may have changed the opinion of some viewers about Sikandar and Kiran’s future. It is plain to see that Shaista will not make Kiran’s stay in the house comfortable when she comes back but the real question is that has Sikandar really changed or is it just another phase?  Is he just desperate to get Kiran back so that he can control her or has he really learned that a man should give his wife respect too? Sikandar’s attitude today reminded me of the time when he wanted to marry Kiran and that is the reason why I am not sure if Sikandar will give Kiran the respect she wants.

The preview of the next episode showed that Kiran finally goes back to Sikandar and Kiran’s father decides that he owes his wife an apology for everything that he put her through. I am sure that the only reason he realized his mistake after so long was because of the conversation he had with Kiran after she finds out that her father used to hit her mother too.

Is there anyone who had a change of heart after watching this episode? Do you think Sikandar has changed for good?